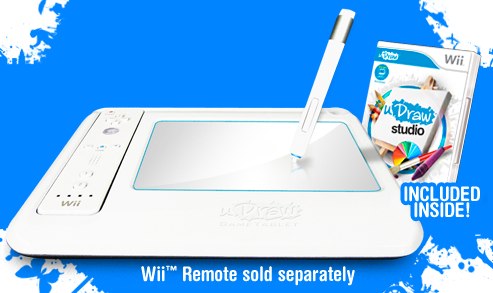 With the release of uDraw GameTablet, THQ has received a lot of welcome buck for bang. uDraw is, fortunately for THQ, a hit. A big hit. So much so that THQ has taken a three times jump with its release:

“THQ is up because their uDraw game is currently #7 on Amazon’s top 100 list, and it’s been moving steadily up since release on Tuesday,” said Wedbush Morgan analyst Michael Pachter told TheStreet in an emailed statement. “I think the market is reacting to a long-awaited hit, and their timing in front of holiday is really good.”

Pretty impressive. Let’s see if this can keep it up.