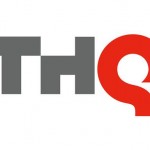 THQ looking at F2P market, UFC license was sold to EA after failing to break even

THQ recently sold the UFC license to EA and the reason for that was due to the latest UFC game from them failing to break even. UFC Undisputed 3 sold 1.5 million copies and generally you would th... Read More 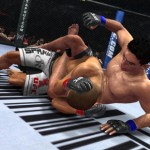 UFC Undisputed Making Its Way To The PSP

THQ has just announced that UFC Undisputed will come to the PSP on September 7. "All the action, intensity and prestige of the Ultimate Fighting Championship with intelligent and intuitive combat, ... Read More

Last year, THQ's UFC Undisputed was a breakthrough hit, raking in the moolah for the publisher. Obviously, this year's edition, UFC Undisputed 2010, was expected to perform at least similarly, if not ... Read More

The roar of the crowd when you opponent's name is called, the rush you get when the bell rings to start the battle as you dance to the center of the octagon and then ensue the art of survival. You lan... Read More