"I think those are going to be important things with the economic situation that we see outside," says the Xbox boss. 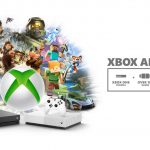 Xbox All Access may be a clever, long term play by Microsoft.

The contract will include the console along with the Xbox Live Gold and Xbox Game Pass.

Microsoft trying this out again after first having tried it with Xbox 360.