The long-awaited side-scrolling platformer is still on track for September 13th on PC with the credits and a "few smaller cutscenes" left.

Check out more gameplay from the turn-based RPG en route to its release on August 26th for Xbox One, Xbox Series X/S, PS4, PS5, and PC.

In the lead up to its launchh in October, Blizzard vice president Jon Spector has announced that Overwatch 2 will not be getting any more betas.

A new trailer for Two Point Campus is celebrating graduation just days before the game launches on PC, PS4, PS5, Xbox One, and Xbox Series X/S.

The investigative horror title's crowd-funding goal of $71,140 has already been surpassed, with about 29 days still left to go.

The newest Legend arrives on August 9th and can relocate using her bat companion, and mark enemies to provide a damage bonus for the team. 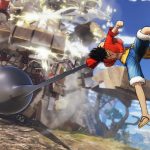