Series executive producer Masayoshi Yokoyama has spoken about how the studio has been researching new engines, including Unreal Engine 5.

Tales of Symphonia Remastered Will Run at 30 FPS on PS4, Xbox One, and Nintendo Switch

Bandai Namco has released on Tales of Symphonia Remastered's official website that the game will run at 30fps on all platforms.

Pocketpair has announced that its Pokemon-like survival game will also launch for Xbox consoles when it arrives next year.

Available at launch, DMZ is a new extraction mode where players can define their win condition while dealing with lethal NPCs and each other.

New tools like the Inflatable Decoy, Tac Cam and Shock Stick have been added. There are also new mechanics like ledge hang, diving, and much more.

Like a Dragon: Ishin! Extensive Gameplay Showcases Combat, Side Activities, Kyoto, and More

Check out new details revealed about Exoprimal, such as the new Murasame Exosuit, equipped with tanking abilities and a counter stance. 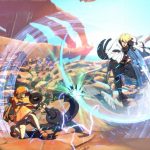 Both fighting games will be playable for Xbox Game Pass subscribers and are also launching for PC via the Microsoft Store.

Splatoon 3 sold a total of 3.45 million units in Japan in its first three days, of which over 1.9 million units were physical sales.

Soleil and 110 Industries' action game receives a new trailer ahead of its launch for PlayStation, Xbox, and PC in February 2023.

Spike Chunsoft's acclaimed visual novel, which originally launched back in 2017, has now been made available on Xbox platforms as well. 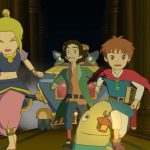 Support allies with a burst of healing and temporary invulnerability, teleport through walls, and much more when Kiriko arrives on October 4th. 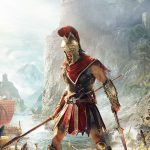 Karaoke, vegetable chopping, karaoke, fishing, and much more are available in the remake, which launches on February 21st, 2023.

Valheim is headlining a new line-up of indie games, which includes titles like Amazing Cultivation Simulator, Eville, and games published by Skybound.