The infamous off-tank should no longer be able to one-shot full-health heroes, while Orisa receives a nerf to survivability.

Crafting options for the raid's Commemoration Machine Gun have also been expanded, while Citan's Ramparts eats some nerfs.

However, gaming revenue was down 13% year-on-year, while overall Xbox content and services revenue fell by 12%.

Like a Dragon: Ishin! – Mini-Games, Combat, and Sub-Stories Showcased in Extensive Gameplay

Fight (and shoot) thugs, chase thieves, chop logs, and much more when the remake launches on February 21st for consoles and PC.

The Elixir is a major plot point in the action RPG which launches on March 3rd for Xbox One, Xbox Series X/S, PS4, PS5, and PC.

As part of its bid to fight off lawsuits that are stopping its acquisition of Activision Blizzard, Microsoft has now issued a subpoena to Sony.

The presentation will be much shorter than previously expected, and it also won't showcase any new footage for the upcoming mech action game.

Follow 20 years of John Cena's career, playing as the opponents who defeated him when the wrestling title launches on March 17th.

The stealth action-adventure title was meant to release last September but was delayed again by a "few months" with no clear date. 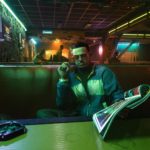 A developer for Cyberpunk 2077 believes that players were justified in being disappointed that the game's story lacked major branches.

Epic Games has announced that Isaac Clarke has now joined the ranks of Fortnite's Gaming Legends Series as a player skin.

A vulnerability discovered in Grand Theft Auto Online could allow malicious actors to execute code on other players' computers remotely.

Explore five maps and expand your town to venture deep into a mine with ancient technology. A demo is available now for PC.

The new limited-time mode is a more lethal and punishing version of Trios. A new Reactive Peacekeeper skin is also available.