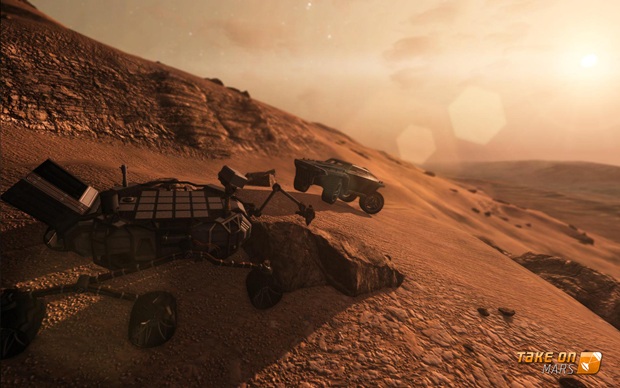 Bohemia Interactive, the folks who bring us the award winning Arma and Day-Z games, are also behind the significantly less well known, but in no way less impressive, Take On Mars, a simulator that brings players to Mars to perform a multitude of scientific experiments, construct habitats spanning from shelters to entire installations, and search for viable sources of oxygen, water, and raw materials.

Take On Mars challenges players to actively manage their oxygen levels, food stocks, grow plants, and operate drilling rigs in the search for new resources, adding some Minecraft to your Mars exploration.

The rich Mars exploration sim, therefore, just got richer. You can buy it on Steam for $18.