Tales of Graces F & Tales of the Abyss coming to North America, Releasing 2012 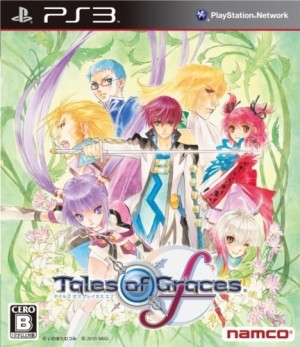 Looks like Namco Bandai are on a song, with a tonne of games set for this year and 2012. The latest entries are Tales of Graces F for the PlayStation 3 and Tales of the Abyss for the Nintendo 3DS.

Tales of Graces F is set amidst the conflict of three kingdoms competing for planetary dominance, the story follows Asbel Lhant and his friends as they come to discover in time just how far they will go to protect the bonds between them.

Tales of the Abyss, the critically-acclaimed PlayStation 2 role playing game, is updated for the Nintendo 3DS system. The upcoming title delivers full 3D support and use of the dual screens to bring players closer to the action. Tales of the Abyss tells the story of Luke fon Fabre, sole heir to a family of aristocrats, as he is suddenly thrust into the outside world on an epic adventure.