None the worse for wear.

Tales of Symphonia was an incredible game. St was also the first mainstream breakout hit for the series, which has since solidified its position with quality releases such as Tales of Vesperia (although some recent entries, such as Graces F, have been lacking a fair bit). Symphonia hit it right out of the park with a great artstyle, lovely story, and a really neat battle system. And while its Wii exclusive sequel, Dawn of the New World, wasn’t necessarily all that great, Tales of Symphonia Chronicles as a package is hard to turn down, considering that it does give you two full fledged Symphonia adventures, one of which is still arguably the series’ best outing.

Tales of Symphonia was a beautiful game back when it was released on Gamecube and PlayStation 2 in 2004, and it still remains one, showcasing the unusual longevity of its gorgeous art style. The HD update is accordingly pretty minimal, with everything having been touched up just a little bit so it looks up to modern standards, and what we get as a result is a very beautiful game. Dawn of the New World has received similar treatment, and visually, both games are eye catching (although there are some areas where they look anachronistically bad on your TV, thanks to a graphics design mentality that made sense in 2004, but no longer does in 2014). 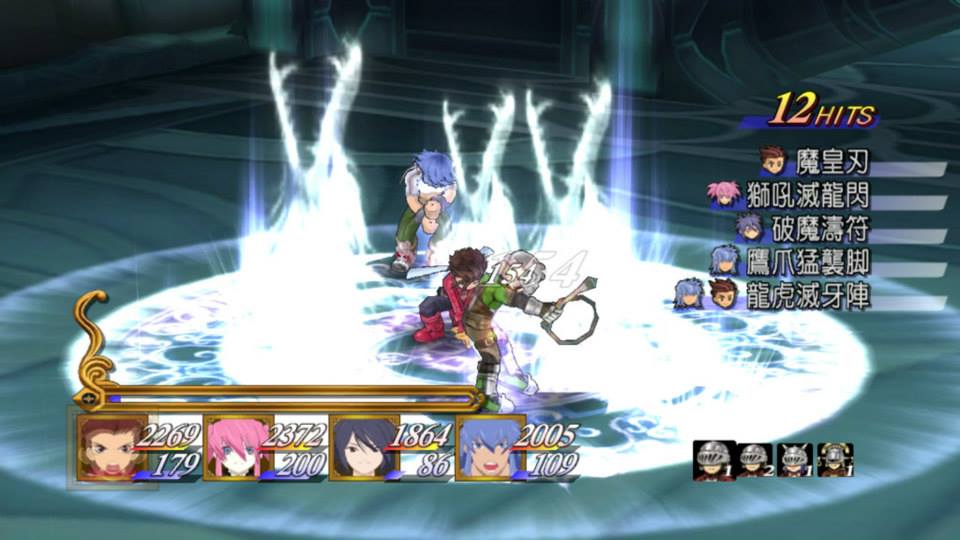 "The real time battle system that was introduced in Tales of Symphonia remains a joy with this release too, although the lack of camera control in Symphonia's battles stands out"

As well as the Symphonia games’ graphics have aged, their gameplay has stood up better. The real time battle system that was introduced in Tales of Symphonia remains a joy with this release too, although the lack of camera control in Symphonia’s battles stands out- Dawn of a New World introduced full camera control that made battles flow that much better, and this update was an excellent chance to bring in one of the few improvements that the sequel brought with it into the original game, but bafflingly, Namco seem to have decided to forego that option. As a result, Symphonia’s battles can feel a little restrictive and unnecessarily antiquated, especially with Dawn of a New World and its more modern take right there in the same package.

Nonetheless, Tales of Symphonia featured an unusually progressive take on battles for a JRPG, and it actually managed to pull it off well, unlike some other big name RPG franchises, that tried and failed- multiple times (looking at you here, Final Fantasy XIII), and on the whole, the strategic depth and dynamism of the battle system translates fairly well even today.

The one unusual and unexpected outcome of this decision to keep Symphonia so faithful is that its sequel actually becomes a better game now than it was at its release. It’s easier to appreciate Dawn of a New World now and all that it brought to the table, and its quality of life gameplay improvements make it a fun game to play, even if its absolutely unsympathetic protagonist and a drag of a story that is told via poorly paced cutscene dumps drag that title down.

Indeed, this re-release does highlight how great Symphonia’s story and characters were, and why its sequel was far less well received- the group of heroes in Dawn of a New World is borderline intolerable, being as overwrought with cliche and over the top emotion as the worst stereotype of a JRPG would have you believe, and its story itself is unremarkable, and poorly paced, meaning you as a player have really no interest in seeing where it goes; Dawn of a New World’s gameplay improvements can only take it so far. 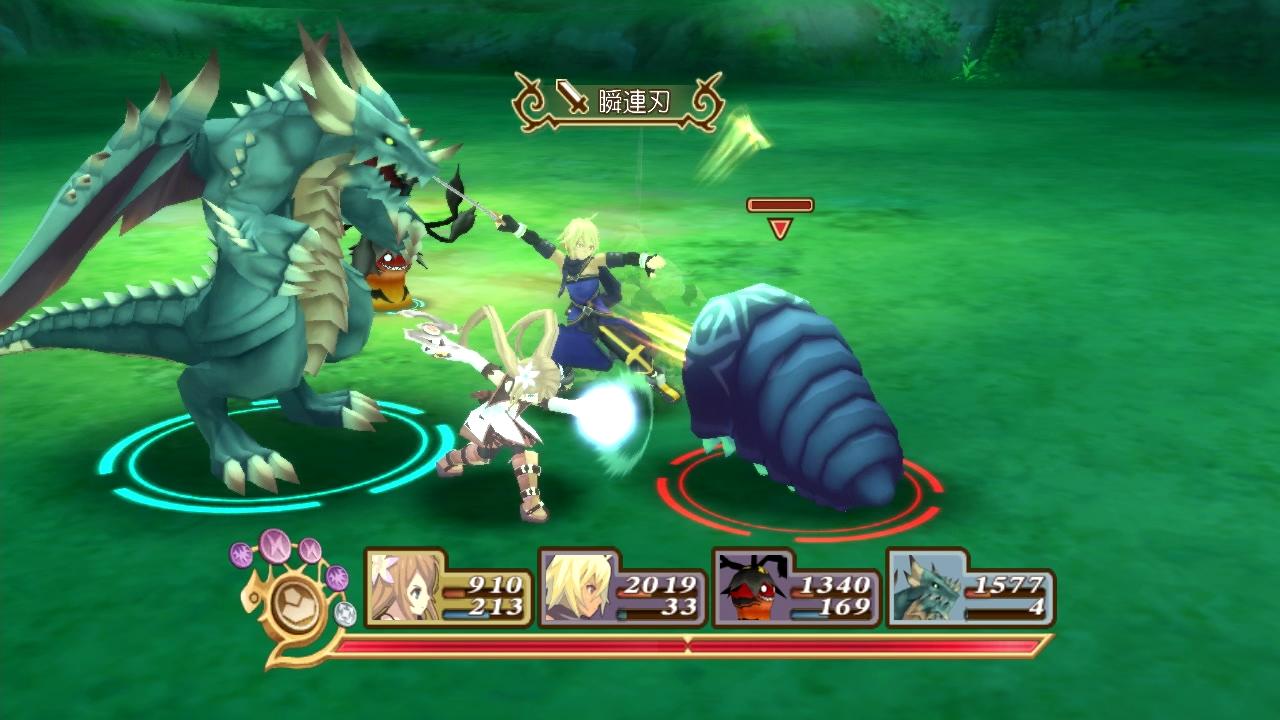 "The story experience can be further enhanced thanks to Namco's great decision of including both the English and Japanese dubs in the package. Whereas the English dub for Symphonia and its sequel was actually really good, playing a JRPG in Japanese can breathe new life into it, and the original voices are so emotive, that the story itself gets a second wind."

Symphonia on the other hand is a joy to play, and its story is still as sweet as ever (although in a more westernized gaming culture today, some things will induce far more cringes than they would have back when this game was originally released), but its story is sweet, its characters generally down to earth, and you will want to see their own arcs through to the end, every single one of them.

The story experience can be further enhanced thanks to Namco’s great decision of including both the English and Japanese dubs in the package. Whereas the English dub for Symphonia and its sequel was actually really good, playing a JRPG in Japanese can breathe new life into it, and the original voices are so emotive, that the story itself gets a second wind.

On the whole, this is a package that is wholly recommended- Symphonia is a great game, one of the classics of the JRPG genre, and it aged very well. Dawn of a New World actually got better with time, as its gameplay improvements make it a much better game than your memory would suggest (although its story is as awful now as it was then). The touched up graphics and inclusion of dual dubs only serves to reinforce this as the ultimate package for Symphonia fans. If you want some good, surprisingly progressive JRPG questing, get Tales of Symphonia Chronicles.

Tales of Symphonia is here, untouched, in all its classic glory; Dawn of a New World actually feels better now than it did at release; dual language dub options are welcome

Symphonia being so faithful means it often has anachronistic design elements; Dawn of a New World's story is as insufferable as it was

Final Verdict:
SUPERB
If you want some good, surprisingly progressive JRPG questing, get Tales of Symphonia Chronicles.
A copy of this game was provided by Developer/Publisher/Distributor/PR Agency for review purposes. Click here to know more about our Reviews Policy.