Tales of Symphonia Remastered is Coming to Xbox One, PS4, and Nintendo Switch in 2023, Starts Pre-Orders for Chosen Edition

Bandai Namco has started accepting pre-orders for Tales of Symphonia Remastered Chosen Edition, which comes with a metal case and a few goodies. 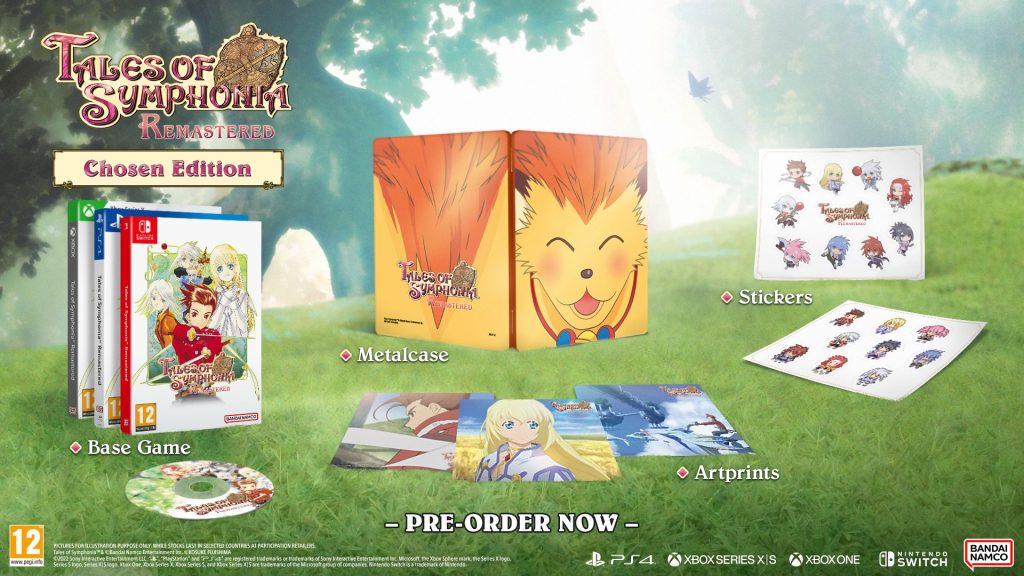 Bandai Namco has announced that Tales of Symphonia Remastered is now available for pre-order. Available in physical as well as digital versions, is set to be released in early 2023 for PS4, Xbox One, and Nintendo Switch.

Pre-ordering the physical edition, dubbed the Chosen Edition, also comes with a number of goodies alongside the full game: a metal case inspired by fox-like summon spirit Corrine, a set of character stickers, and 3 art prints. Tales of Symphonia Remastered Chosen Edition is priced at €49.99 across all platforms.

Tales of Symphonia, originally released back in 2003, revolves around protagonist Lloyd Irving, who sets out to protect his childhood friend Colette Brunel, who has set out on a journey to save the world of Sylvarant.

Tales of Symphonia features a real-time combat system, and was critically acclaimed for its character development and focus on themes such as discrimination and alienation in its story.

Follow Lloyd Irving as he & his friends try to save both worlds in Tales of Symphonia Remastered, one of the most critically acclaimed and beloved games from the Tales of series!
Coming early 2023 to #Switch, #PlayStation, and #XBOX.