Age of Empires 3: Definitive Edition, ScourgeBringer, and more are also out in the coming week. 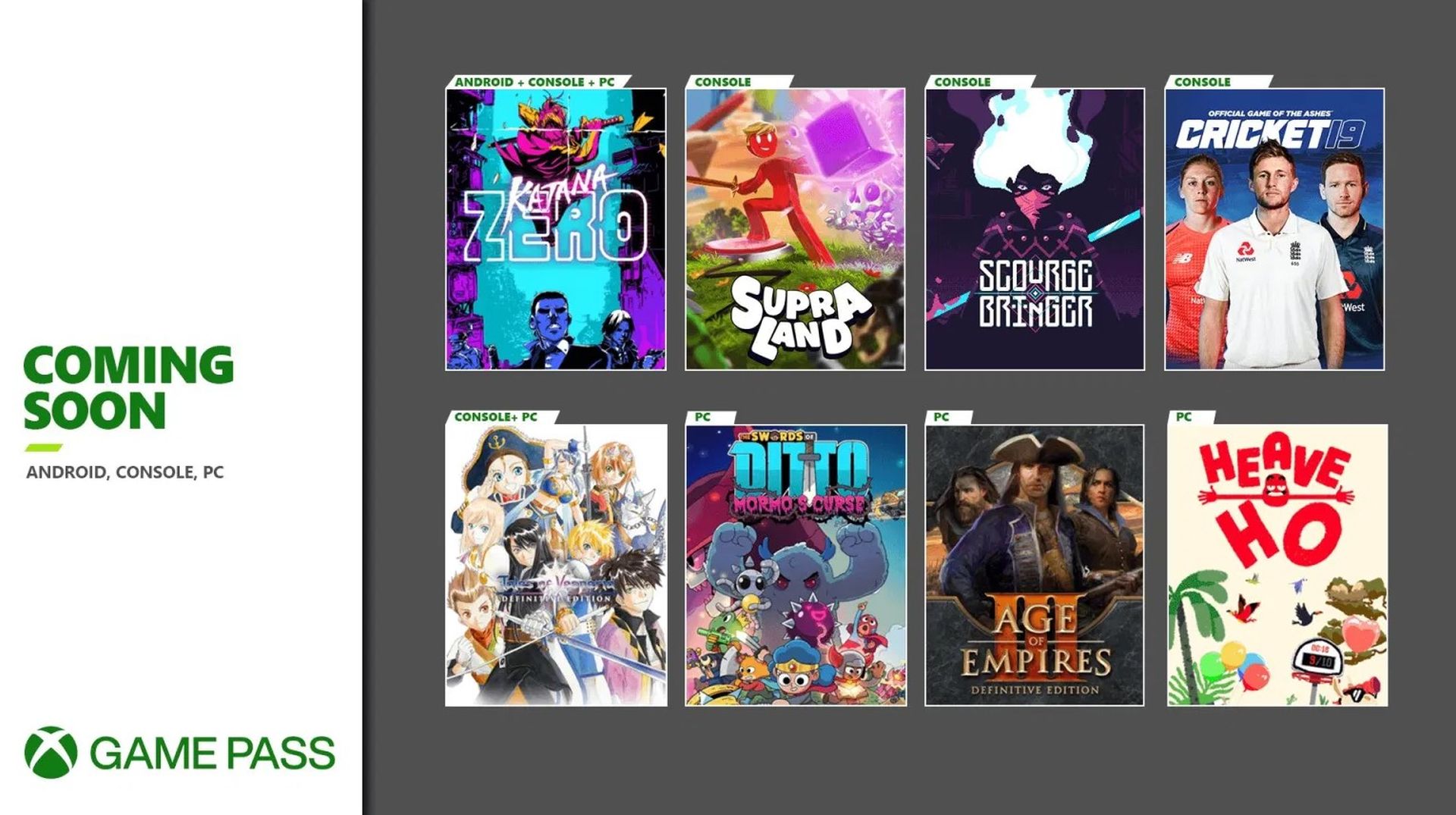 Microsoft has announced the next slate of titles coming to Xbox Game Pass, starting with Age of Empires 3: Definitive Edition on October 15th. It will be available for PC subscribers and offer 4K Ultra HD visuals, two new game modes and two new civilizations. Co-op title Heave Ho (PC), action platformer Katana Zero (console, PC and Android) and The Swords of Ditto: Mormo’s Curse (PC) will also be available on the same day.

But that’s not all. Bandai Namco’s Tales of Vesperia: Definitive Edition will also be available, bringing the remastered RPG classic to console and PC subscribers. On October 21st, ScourgeBringer will exit early access and be available for console subscribers while October 22nd sees Cricket 19 and Supraland added.

Overall, there’s quite a bit to look forward to. Next month could potentially be even bigger with the Xbox Series X/S launching on November 10th. The consoles will be available for $499 and $299 respectively with major titles like Forza Horizon 4, Gears 5 and more receiving enhancements.