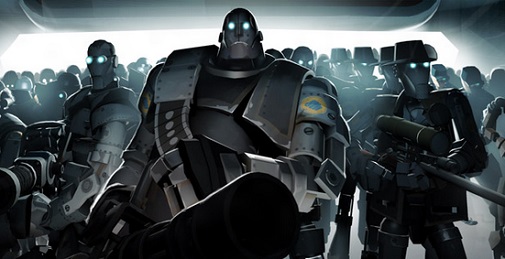 What does it feel to fight against a common enemy? Team Fortress 2 players finally get the opportunity to do this as Valve has added a co-op mode to the game called Mann vs Machine. It pits you against robotic version of the classes you have come to know and love from the game.

The update will be available on August 15. Here’s a description of the enemies; it’s quite terrifying

Gray Mann has built an unstoppable automaton army with a single purpose: to destroy all things Mann Co. Luckily for you, the majority of this robot legion is equipped with basic weaponry that could never level an entire building. Unluckily, they also have access to giant bombs, which they’d drag through hell if it meant dropping one in a Mann Co. bombhole. And it’s up to you to stop them. And it’s up to a small cadre of Special Robots to stop you from stopping the regular robots.

You can read more information over here, and there’s a lot of them. Valve has also released a trailer for the same which you can check out below.