Get ready to fight!

The takeaways from the Tekken 7 demo that was on display during E3 was overall very impressive. Namco are gathering what strengths they had achieved with Tekken Tag Tournament 2, such as the fluidity of motion and connecting of hits and making them even smoother on current generation consoles. The Tekken series has always been one of the flagship titles that carries a genre almost entirely on its back, with the likes of other fighters often following in its wake.

When first putting the controller into my hand I got that feeling that, yes, this is going to be a great game. From the always entertaining Tekken Tag  Tournament 2 that played great online with players from all around the world, here we are again, back with a whole new addition to the original series.

"When first putting the controller into my hand I got that feeling that, yes, this is going to be a great game. "

Now, I’m not exactly a veteran player when it comes to fighting games. Sure, I’ve played a ton of Mortal Kombat and Street Fighter, and some Tekken, but I was never really good at them. So what was neat with this new version was the Rage mode that gives dying players, like myself, a small advantage when it’s almost time for me to lose. As I was fighting and nearly at a loss, my character started to glow red. That indicated to my that I was in Rage mode. Rage allowed me to do more damage with attacks to help me lower my rival’s health bar substantially. But if I keep it going I could unleash it as Rage Art or a Rage Drive. It performs like a super move. With a huge cinematic presentation upon use, I unleashed the Rage Art and it worked just like a come-back move for myself.

Now the Rage Drive are character specific and have different properties depending on the character. I didn’t get a chance to experiment with too many of the Rage Drives but I was informed that they do in fact give each character something different such as higher defense of better attack; and what else is pretty cool is the fact that they can be linked to combo moves as well.

Power Crushes are armored moves. They allow the character the absorb mid to high levels of damage. The characters will still take some damage, but it was nice to know I had a chance to dig into the other character with my own handicaps. 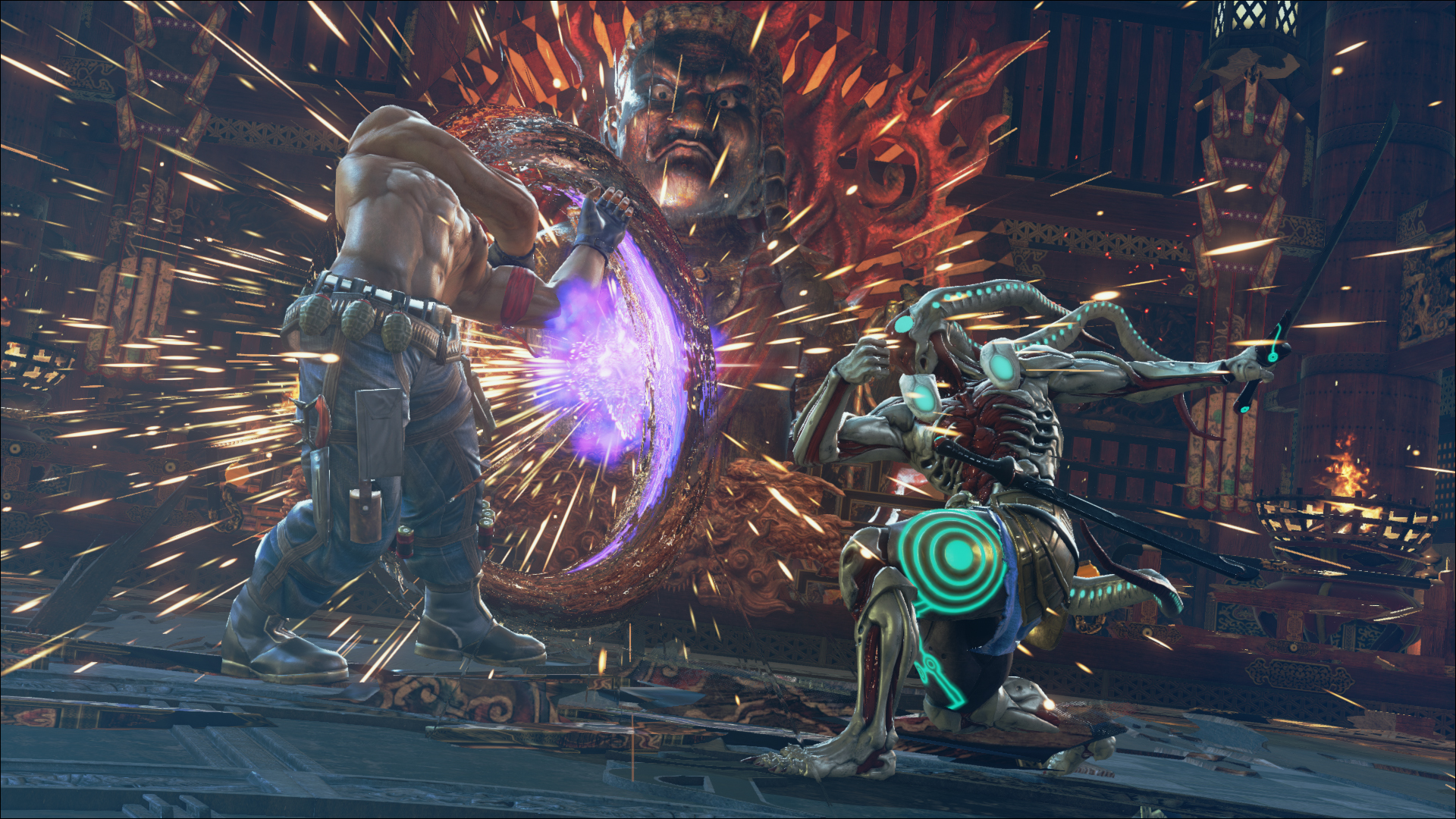 "The fighters within Tekken 7 were beautifully modeled with natural stances that appeared as though they were engaged within a real fight, rather than some fighters in other games where the stance is just totally out of loop."

What I’ve always loved about the series is the huge roster of characters within the series, and it only gets bigger. There were at least a couple dozen to choose from, and even Akuma from Street Fighter makes an appearance. It’s quite insane when you first see him in the roster lineup — it feels out of place for a moment, but he so naturally works in the game it ends up feeling natural after a couple minutes to see him there.

What I’ve also really enjoyed are the fighting stage backdrops and the colors of the experience. From stages set high in the sky to deep forest settings, there were so many stages to clumsily perform my moves. The saturation of colors both brilliantly deep colors that emphasized current generation quality with smooth textures and elaborate set pieces were in place. Also, there is now weather and day and night cycle in the game that works so well and transitions between matches so each round feels totally different than the last. 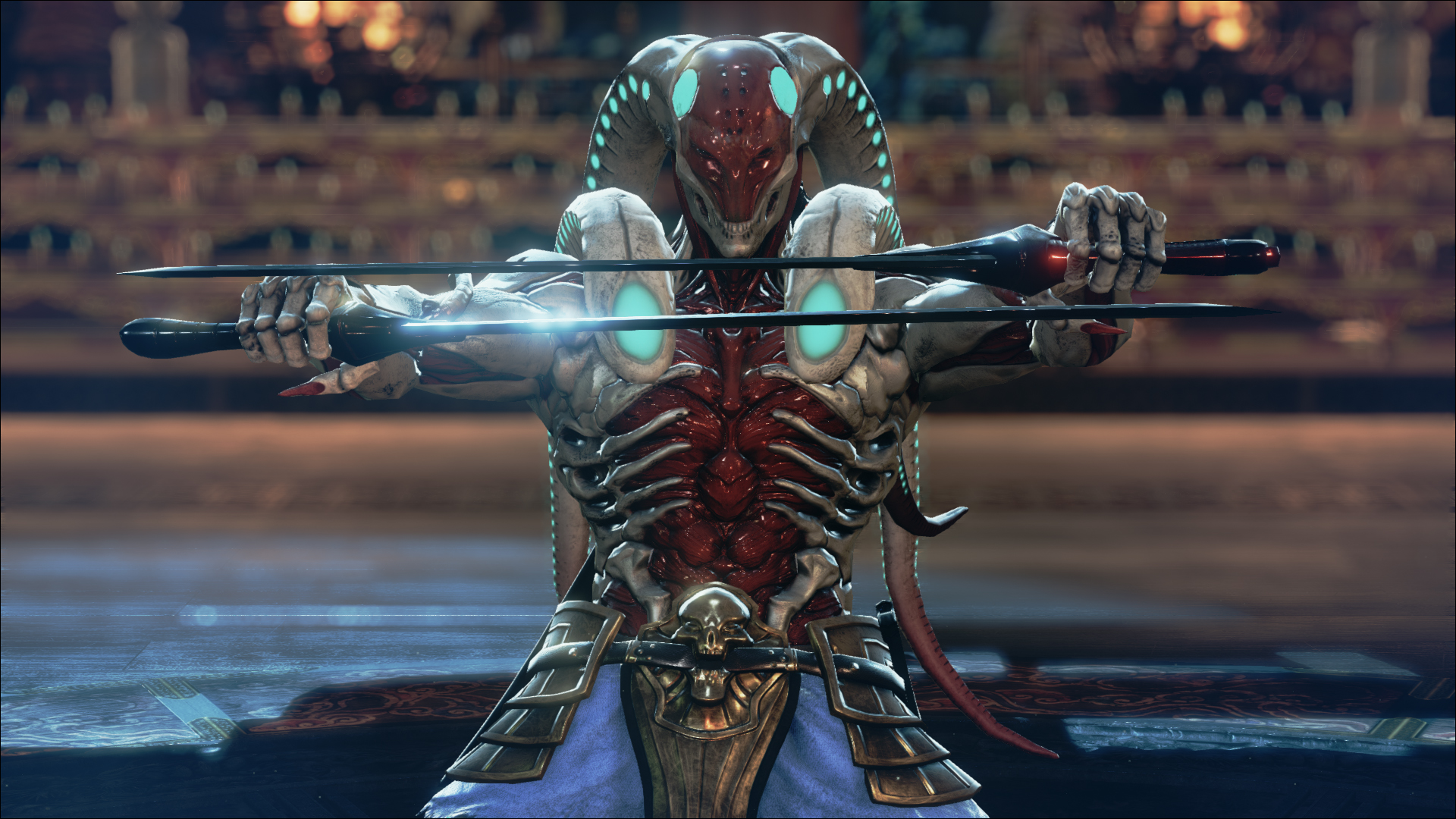 "Overall, Tekken 7 seems to be doing all the right things to keep this fighter as a flagship for its genre."

The fighters within Tekken 7 were beautifully modeled with natural stances that appeared as though they were engaged within a real fight, rather than some fighters in other games where the stance is just totally out of loop. Playing as the grey masked Bryan, I was instantly pitted against Paul a character with a tall blond flattop hairstyle. As we brawled I could feel my hits making contact with his body through the controller feedback. It was an intense situation. The immersive fighting style that this game portrays is what a good fighting game should feel like. Unlike other fighters, Tekken 7 is a much faster fighter; there are no sluggish movements here. Everything is in constant motion, and if you slow down for a moment, it’s almost certainly game over for you.

Overall, Tekken 7 seems to be doing all the right things to keep this fighter as a flagship for its genre. If I had to complain about one thing, I wouldn’t be able to here as the experience was very limited. But what was on display was some of Namco’s best work so far.