Just in time for the movie's 30th anniversary! 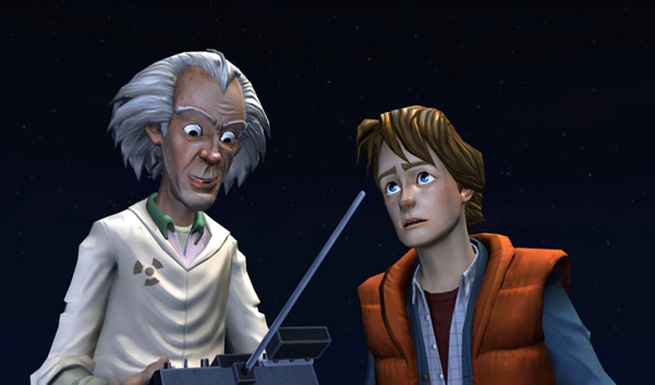 Last generation, Telltale launched a whole host of games for only the Wii and PC, but not for the Xbox 360 and PS3; it also launched a whole host of games for Xbox 360 and PS3, but not for Wii. We have already seen them attempt to fix the latter omission with the rumored Walking Dead collection for Wii U. And now, it seems they may also be extending the favor in the other direction, since product pages for Telltale’s Back to the Future for the PS4 and Xbox One have begun cropping up on Amazon.com and Amazon.ca.

Since the ports aren’t yet officially announced, we don’t actually know what they will entail, though the Amazon product description lists a behind the scenes featurette that shows the making of the game as one of the additions. This new edition is listed for launch on 13th October 2015 at the budget price of $19.99.

You can get the game right now for the PC, Wii, PS3, and iOS platforms.