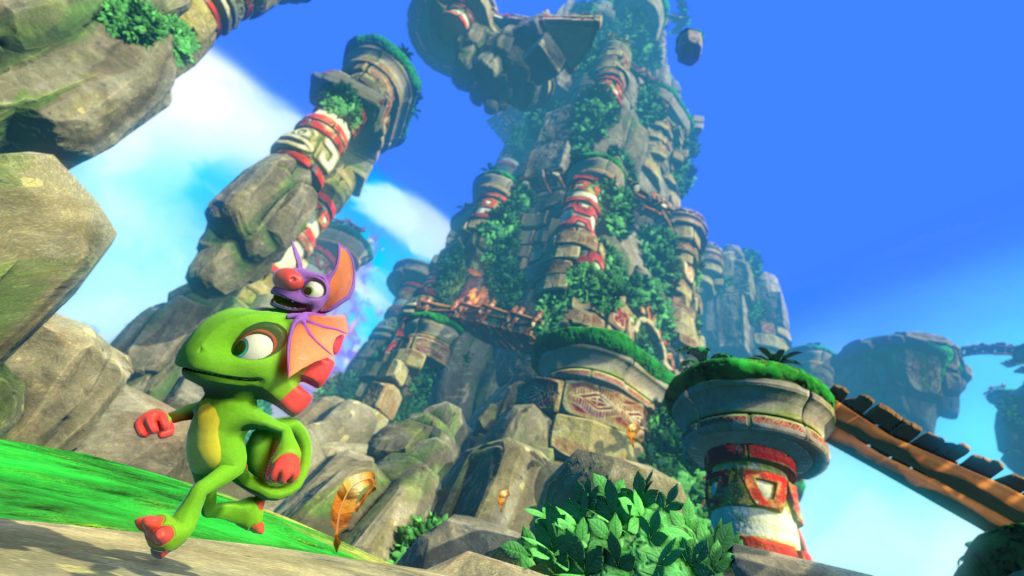 Chinese tech giant Tencent has announced that it now holds a minority stake in Playtonic. The studio is known for its work on the Yooka-Laylee games, and houses talent that originally worked on Banjo Kazooie.

While Tencent owns a stake in the company, Playtonic will have full creative control over its IP and future works. Using Tencent’s financial backing, the developer will expand in new areas and establish multiple teams.

“Six years ago we built a cool, exciting rocket ship, set a course we think is right and exciting,” said Playtonic founder Gavin Price. “We are thrilled that Tencent agrees with that course and has provided some rocket fuel to further the reach of our mission!”

“With Tencent’s help we can scale up and fast-track the super-exciting, super-secret projects we’ve been keeping close to our treasure chests too,” he added. “Things are going to get Bat Ship Crazy over the next few years! Please imagine a wink emoji right now.”

Tencent’s financial backing should also help Playtonic in further expanding its publishing label, Playtonic Friends, which has already published games like A Little Golf Journey, Demon Turf, and BPM: Bullets Per Minute‘s console version. Playtonic Friends has also hired Danny Spiteri as head of publishing, who previously worked at Team17 and Raw Fury. This hire will allow the studio to focus squarely on creating new games.

“It’s been less than a year since Playtonic Friends was unveiled but, it’s fair to say, it’s made quite an impression in a relatively short space of time. The array of titles that’s already been published is quite something and I’m excited to see how I can add wind to the sails to help us build on the momentum we’ve already amassed to power us into 2022,” said Spiteri.

The Chinese giant also recently acquired Sumo Digital, and currently stands as one of the biggest gaming companies in the world.