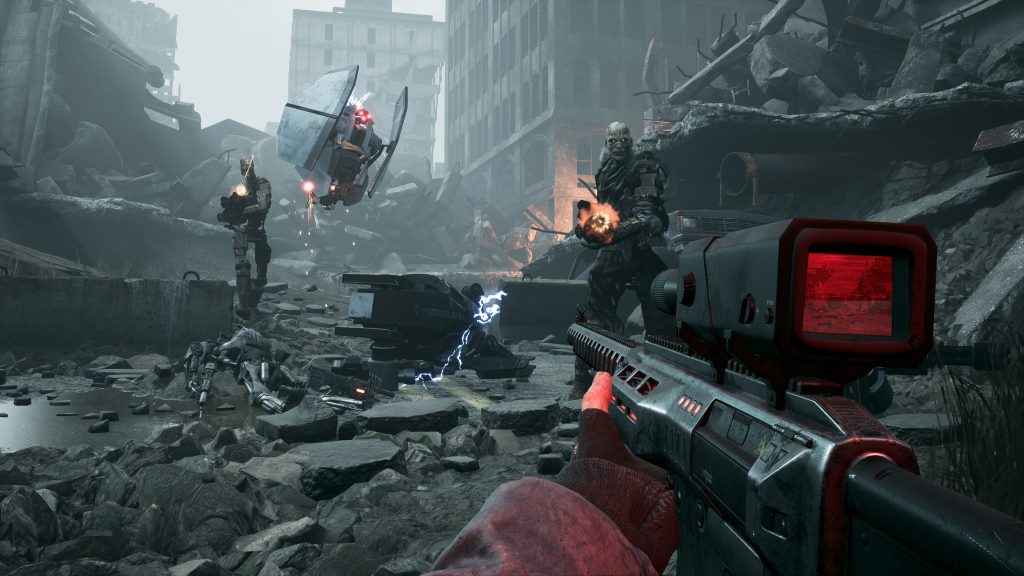 Making good on yesterday’s teases, Reef Entertainment has announced new content for Terminator: Resistance Enhanced. The game is getting a new four hour-long expansion called Annihilation Line in December. Set partway through the campaign right after the defeat of the first Infiltrator, Jacob Rivers is sent on a mission by John Connor himself, and assigned to assist in the investigation of Northridge Outpost, a civilian settlement which has mysteriously gone silent.

On top of new story content, expect new areas to explore in post-apocalyptic California, along with new characters. Kyle Reese, a character Terminator fans will be very familiar with, will have a major role to play in the story, and players can expect to “live out Kyle’s visions of the future seen” in the original movie. There will also be new weapons, as well as new enemies to take on, such as the iconic T-600 and HK Centurion.

Check out a trailer for the expansion below.