Developer tells players, "You can do it all in the game, if you're good enough." 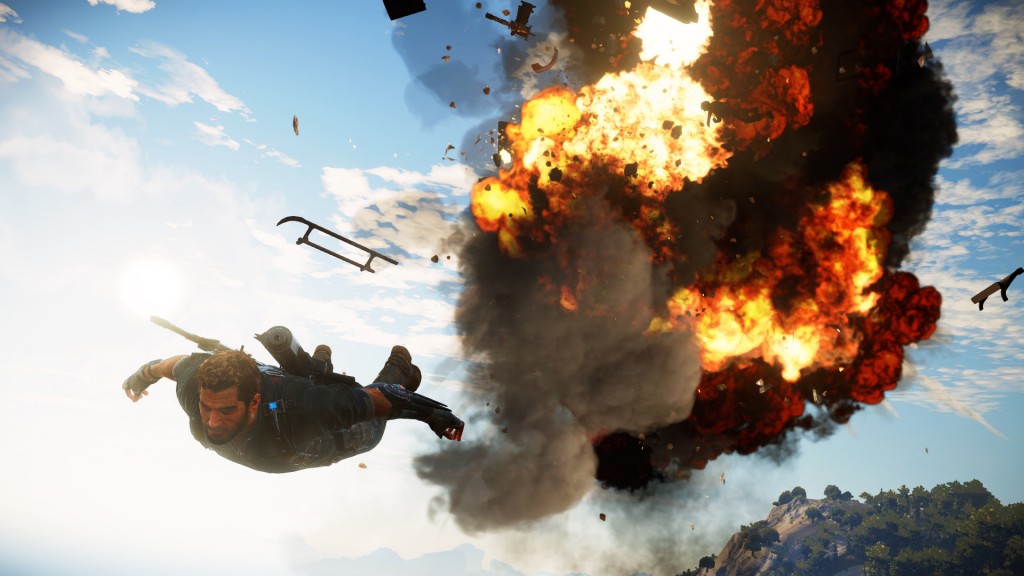 The Just Cause 3 official trailer is out and the web is abuzz with just how awesome the game looks. The Just Cause game series has always been one that marched to the beat of its own drummer but that was especially the case with this new trailer, because developer Avalanche Studios says that the video was not remotely scripted. Instead the trailer was put together by just allowing someone to shoot, jump, fly and basically create mayhem in the world the company is putting together.

Avalanche took to Twitter to tell gamers that, “The #JustCause3 trailer contains no scripting, just cool camera angles and gameplay. You can do it all in the game, if you’re good enough.” Getting good enough is likely going to take some time, judging by the amount of crazy action that Avalanche and Square Enix tend to squeeze into the games in this series.

For those who don’t know, Just Cause 3 will put players in the shoes of Rico Rodriguez as he takes his unique talents to the fictional Mediterranean island known of Medici. Here Rico will be going up against the brutal control of dictator General Di Ravello. As a special twist, Avalanche let slip that this particular island has been revealed to be the long lost home of Rico.

While we don’t know exactly when to expect it, Just Cause 3 is supposed to be getting a release later this year for the Xbox One, the PS4 and the PC. If you haven’t already check out the video below and tells us what you think.