The Art of TitanFall Hands On Impressions

This isn't merely a 'book'.

Starting with an opening page by Lead Artist Joel Emslie on a foreword of how his father’s life as a plumber and how his passion for the craft placed an influence onto how he sees and fuels his own career. Joel Emslie’s metaphorical explanations on how the artists and engineers work together in writing code and producing art that support and hold each other together, in the same way that piping supports the structure of a house.

The Art of TitanFall isn’t just a reflection or a result of the past four years in which a team of artists, programmers and designers reformed themselves under a new name by throwing out a First-Person Shooter. This book is as much a birth certificate to the what the next-generation of shooters will be benchmarked against, as it is an insight to the effort, passion, devotion and hard work that went into creating this game. 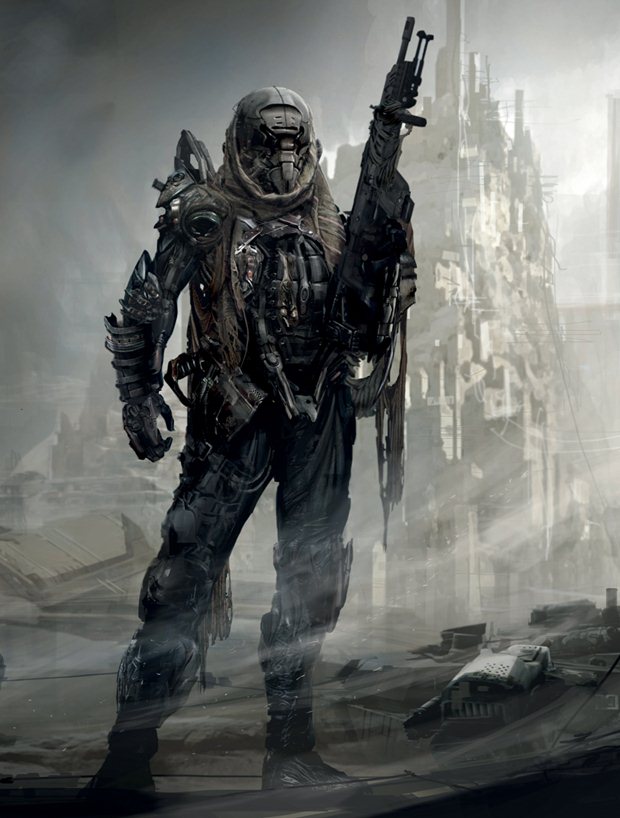 "The Art of TitanFall delivers an intricate look and a comprehensive understanding as to how each location is created in the style and design that they are, in order to not only realize their own vision but to also accomplish an enjoyable game in which the players can experience for themselves."

Being lead through the book by Joel Emslie, Steve Fukuda, Vince Zampella, as well as the artists and designers of Respawn Entertainment, The Art of TitanFall delivers an intricate look and a comprehensive understanding as to how each location is created in the style and design that they are, in order to not only realize their own vision but to also accomplish an enjoyable game in which the players can experience for themselves. There’s no ignoring the sheer amount of passion that existed during the development of this game and this reflection lives on through the pages of this book as well as the game itself.

Sectioned across pages in a similar essence to the class system present into the game, the contents page immediately opens itself up to background information on the game that was completely non-existent to what was previously revealed during the past few months. Under the impression that TitanFall was simply about Parkour Pilots with Jetpacks and Mechs on Steroids three things immediately caught my attention. Creatures, Vehicles, and Industrial Machines. What’s simply amazing about what we “Think” we knew of TitanFall was our complete focus and excitement on the Titans themselves, and to forget about the environment, people and life-forms that exist alongside these juggernauts.

With so much of my own attention gripped to the Titans and how they play, function, and work in cooperation with the pilots, not one part of me even thought to question why, when, and where exactly does this game take place? If one thing’s clear by now it’s that TitanFall isn’t just Mirror’s Edge with a slice of Hawken on the side. It’s in its own class and own world that will clearly shape or lend a hand as to how future First-Person-Shooters will integrate player’s on an online scale, as much as will define itself and the world that the players will inhabit.

"As my own personal outlook of being an illustrator myself I make it a priority to stay clear of being influenced from other peoples work. However, twenty minutes later after reading through the book and flicking back through the pages a second time round. I found myself scribbling pilots, weapons and a blueprint for my own personal Titan on a scrumbled piece of paper."

Where character class and customization plays a crucial role in almost any game that involves competitive play, the attention placed on the Titans is highly emphasized through the words of the artists in the first sections of the book. Delivering a complex and accurate sense of scale between the Pilots and Titans, the description given as to how the different classes of Titans such as the lightly-armored Stryders differs from that of the heavy duty and larger built Ogres, gives the readers and players an extensive look as to how they might visualize these beings on the big screen.

The design aspects aren’t just held in constraints to the exterior appearance of the Titans, the HUD elements and soldier cockpit is shown to be highly integrated into the soldier’s eyes as it is for the sake of the player’s assistance and gameplay mechanics. The sketches and early concept ideas taken for the cockpit shows to be as important to the player as it is for the immersion and design of the player controlling the Titans.

As my own personal outlook of being an illustrator myself I make it a priority to stay clear of being influenced from other peoples work. However, twenty minutes later after reading through the book and flicking back through the pages a second time round. I found myself scribbling pilots, weapons and a blueprint for my own personal Titan on a scrumbled piece of paper. The highly detailed statures of the Titans and the diverse set of characters sketched out by Robb Shoberg, Will Cho and the other members of the team are bar-none inspiring.

The amount of effort taken to the Titans and pilots are extended onto the vehicles and Spacecrafts that take watch above the war taking place within the game, and the reference taken from the vehicles of our own world appear to be minuscule to that of TitanFall’s. While names remain similar such as Dropship Copter, IMC Bomber, and the Phantom, the physical design aspects of these vehicles are not. 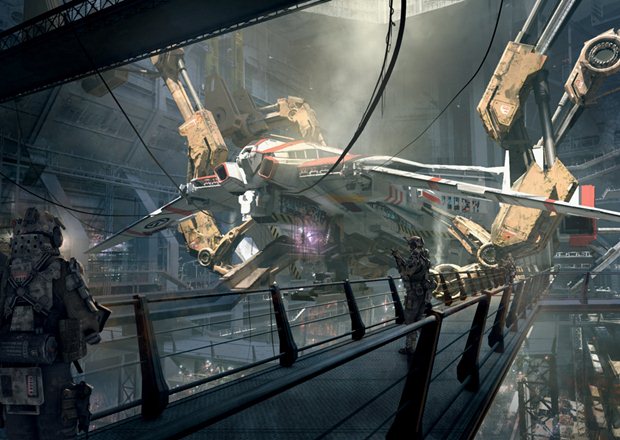 "This isn't a book filled with 200 pages of sketches displaying what worked and what didn't work, this is a journey that can only be realised through the turn of the page and the press of the button."

Where TitanFall appears to be on the surface a highly aesthetically, technologically dmoniated world, the presence of nature and the creatures it spits out cannot be overthrown. Sharing the world with creatures that busy the sky and terrorize the land, animals that bare reference to the Insects, felines, and the now deceased Dinosaurs that once walked our own planet. The intimidation and threat that is realized through the concepts of Artist Tu Bui and Brad Allen pushes a level that challenge the creatures seen in movies such as M. Night Shyamalan’s After Earth, and Peter Jackson’s King Kong.

In a world where danger is real and fear is a choice, if there’s anything this book can teach you about the game it’s that you should be grateful for the Titans. While it’s been said that TitanFall won’t have a traditional Single-Player campaign and the game is justified in delivering an amazing Multi-player experience. It remains a waiting game as to if and how these exotic creatures will make their way into the game.

As Brad Allen best describes it on how the early designs of the Titans led up to the variety of different classes that we have seen in the game. “Some early Iterations of the Titans had an open cockpit and a more utilitarian feel. This design element was set aside to give them a more armored and enclosed design.”  What’s also revealed are the non-battling Titans inspired by the Power Loader from James Cameron’s 1986 Aliens, and how these influenced the early concepts for the size and proportions that the Titans would have.

Moving on from the Titans are the technologically advanced set of weaponry and machines, such as Gorilla Tanks, Drones, and Walkers. While it’s easy to see the influence used from other sources of science-fiction and the respectful quotes of the artists talking on how they explored those ideas and worked on from it, they clearly made it their own and created a distinct and brutal look that carries forward their own vision of futuristic and alternate visions of robotic technology and how it would be used.

Proving to be an essential read for those looking to get their fill on the TitanFall universe, as well as being a great companion to the game itself, The Art of TitanFall is an amazing piece of work that delivers on the message of what Joel Emslie, Vince Zampella, and the entire team of Respawn Entertainment are hoping to give the players once they experience the game for themselves. This isn’t a book filled with 200 pages of sketches displaying what worked and what didn’t work, this is a journey that can only be realised through the turn of the page and the press of the button.