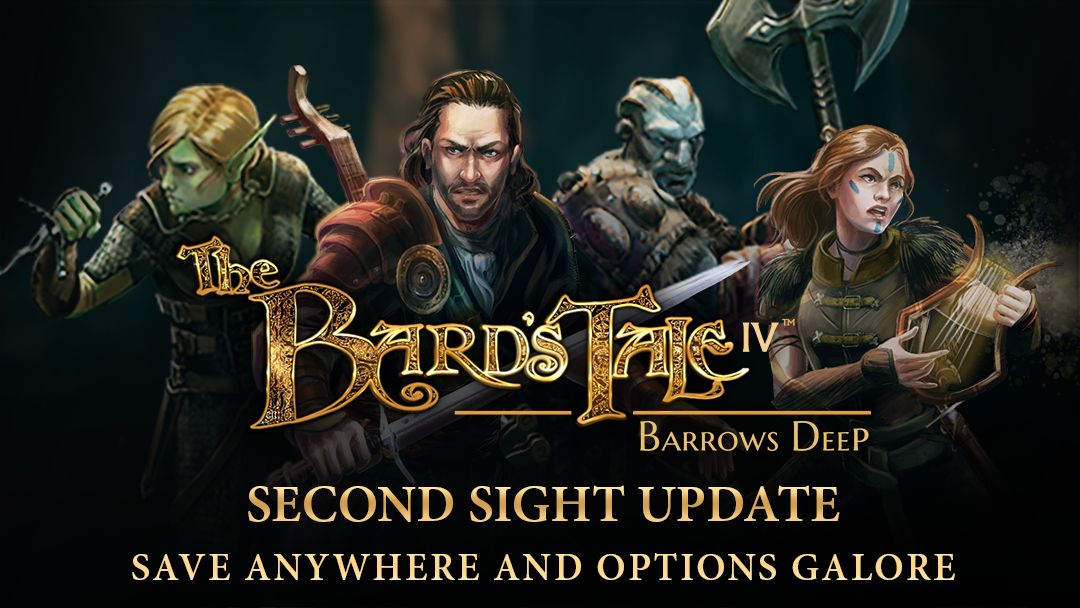 InXile Entertainment’s The Bard’s Tale 4: Barrows Deep launched with its fair share of issues, and despite some patches, the game still felt fundamentally flawed in a number of ways. However, even after the developer’s acquisition by Microsoft, it continues to support the game. It recently released a major update, called Second Sight, which introduces a bevy of quality of life features.

Some of these include classic grid-based movement in Grid Mode. Though the feature is in beta, it offers a more classic dungeon crawling feel to the game. Players can also save anywhere (well, almost anywhere) with quick-save and quick-load options. Auto-Resurrect can be deactivated, and Perma-Death is also an option, the latter resulting in your save file being permanently deleted.

In one of the nicer options to have, players can also disable Enemy Reactions. This stops them from continuously talking and taunting during fights. Silence is indeed golden. A new difficulty, character respeccing, and much more are also provided, which should make for a vastly improved experience overall. Check out the full patch notes here, with highlights given below.