Unique art-style and feel saves the day for The Cave.

The Cave is a brand new side-scrolling/puzzle platforming game from Double Fine Productions. Double Fine Productions is well known for other titles such as Brutal Legend, Stacking and Psychonauts. If you are familiar with any of those titles then The Cave shouldn’t be any sort of a surprise to you, it has a unique style, a lot of platforming and puzzle solving. The Cave was developed by Tim Schafer who’s known for Psychonauts and Rob Gilbert who was the original creator for the Monkey Island games.

So what happens when you mix Tim Schafer and Ron Gilbert together to make a game? You get a side-scrolling platformer with plenty of humorous narrative and puzzle solving called The Cave. The Cave is a nice break from other games that have been coming out for the past few months. If your in a mood for humorous, interesting quirky characters, a lot of puzzle solving and you enjoy side-scrollers then this is the game for you.

At the beginning of the game you are introduced to 7 different stereotypical characters. There is the Knight, Scientist, Time-Traveler, Adventure Girl, Twins, Hillbilly and the Monk. The Cave has general levels that you play-through regardless of the combination of the 3 characters you choose. However, each character also has their own personal story levels, with new puzzles and content.

For example the castle level is a level that is only available to the Knight. This is where the Knight gets his own personal story, his goal is too make the princess fall in love with him and prove the king that his daughter loves him by providing the king with an amulet that she gives you as a sign of her love.  There are different puzzles that you have to go through in order to achieve this goal. 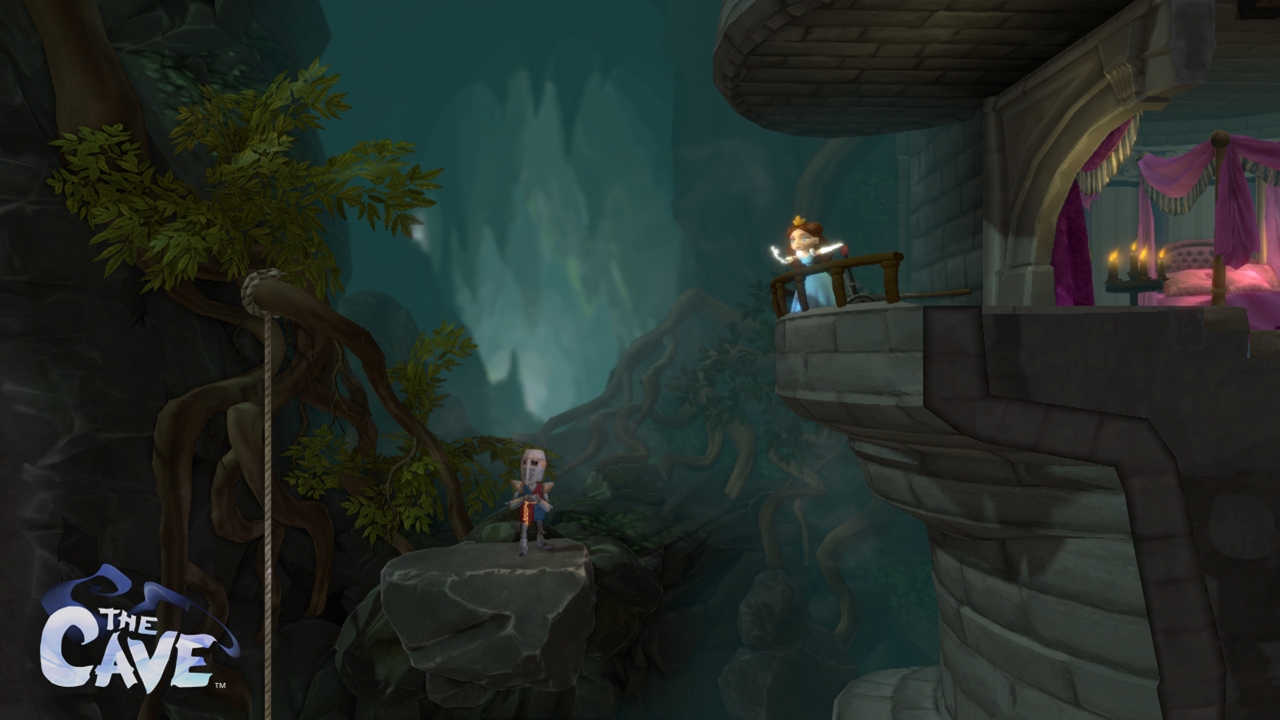 The addition of these character-specific levels is great because not only are you playing through the general cave levels, but you also exploring new personal stories and puzzles. This adds more content to the game and the levels themselves are actually really unique, fun and don’t feel tacked on.

The puzzles in The Cave are not too hard or easy, which is a good thing in my book. They’re fun to figure out, some may take more time to figure out than others. Also, each character gets a special ability that no other characters can which makes the puzzle aspect more interesting, especially in the character-specific levels. My personal favorite is the “Mine” level, where you are tasked with figuring out how to get the mining carts back to the miner so you can keep on moving to explore the cave. The miner asks you to retrieve 3 different carts, 1 with food, gold and the last one being an empty cart, each cart is it’s own puzzle that involves multiple characters to work together.

The entire game can be played via co-op with up to a total of 3 players online, each player controlling different character. This game me the feeling of Trine, Trine was a beautiful looking side-scroller, with a lot of puzzle elements and actual combat. However, Trine was best played with other players, The Cave co-op is online which makes things a lot easier. Playing The Cave with other players makes things go a lot faster, since you don’t have to switch different characters anymore while playing solo to try to solve a specific puzzle by positioning the character in a proper area. 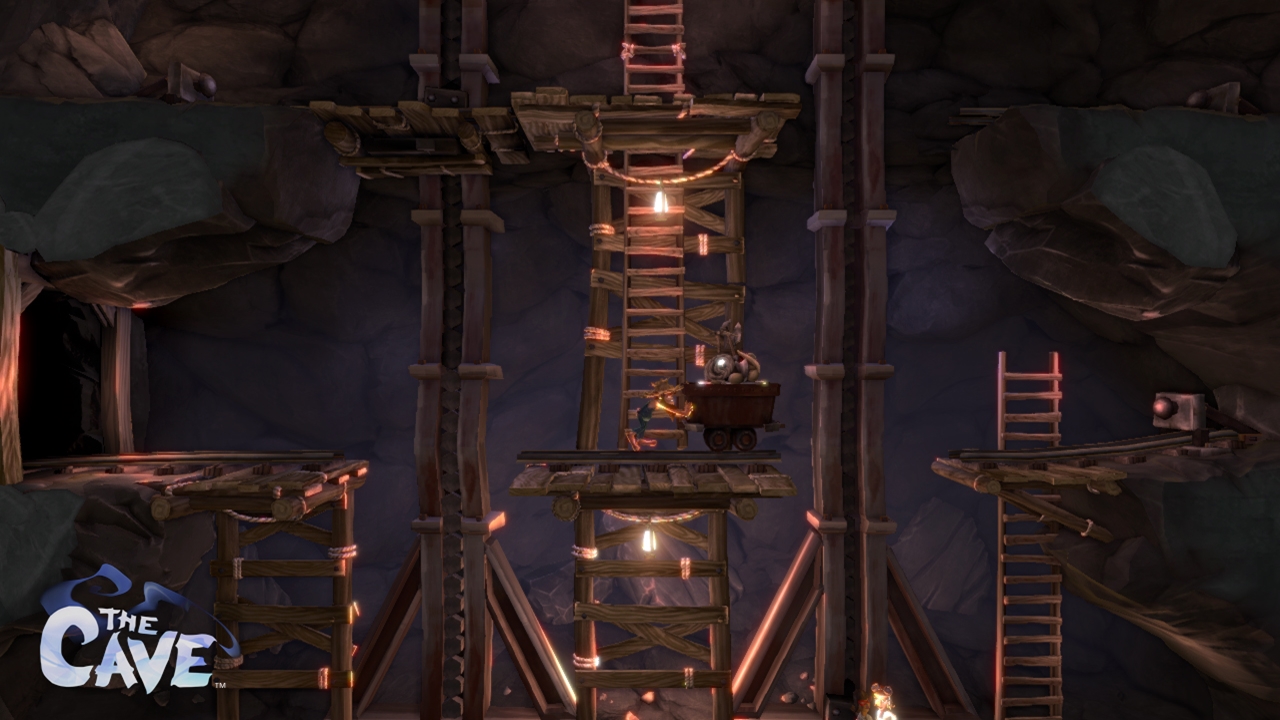 However, the game does have some technical issues when I was playing it on the PS3. There are some areas where you have to swim underwater to get to another spot, when your character goes underwater the framerate starts to dip down very noticeably. The game is not even that amazing looking, or heavy on the graphical side, I absolutely do not understand how a game like this can have any framerate loss whatsoever.

I personally think this is unacceptable, this is a side-scrolling platforming game that looks nowhere near as good as other side-scrolling platforming games and it has framerate issues in a lot of the parts throughout the game. While this is not a deal-breaker I still think this should not be happening, especially this late in the console generation.

The Cave overall is a good addition, it has different characters to play with, each character having a “good” and “bad” endings, good puzzles and a great style. I highly recommend this game to anyone that enjoys platforming and puzzles that contains multiple play-throughs. However, if you’re looking for a eye candy side-scroller your not going to find it here, but you will find a enjoyable, humorous and fun co-op experience.

The game was reviewed on the PlayStation 3.

Framerate starts to dip when in the water, could look way better graphically, not a game for everyone

The Cave is unique, has a ton of fun puzzles and multiple playthroughs, it does have some technical issues and can look way better. However, if it wasn't for the unique art-style and feel then it could of been way worse.