The Chant – 10 Details You Need To Know

With all of the big games releasing next month, The Chant could be an underrated experience for horror fans. Here's what you need to know.

Next month is fairly jam-packed in terms of releases, whether it’s the eagerly-awaited God of War Ragnarok, Pokemon Scarlet and Violet or even Sonic Frontiers. However, if you’re looking for a narrative horror title, that too on the double-A scale, then The Chant may be worth keeping an eye on. Developed by Brass Token and published by Prime Matter, it’s out on November 3rd for PS5, Xbox Series X/S, and PC. Let’s take a look at ten things you should know before jumping in.

The story of The Chant takes place on Glory Island at the Prismic Science Spiritual Retreat. As Jessica Briers, you’re there to relax for the weekend and get away from the hustle and bustle of daily life along with various other characters. “Turn your gloom into glory,” they say. Unfortunately, during a group chanting session, it becomes clear that The Gloom isn’t just a state of dejection, but a “psychedelic dimension” that feeds off of negative energy. It unleashes terrifying creatures and cultists on the cast based on their deepest fears. It’s up to you to unravel the mystery behind The Gloom, find out the retreat’s role in all of this, and ultimately survive various horrors to escape from Glory Island, ideally with your sanity intact. 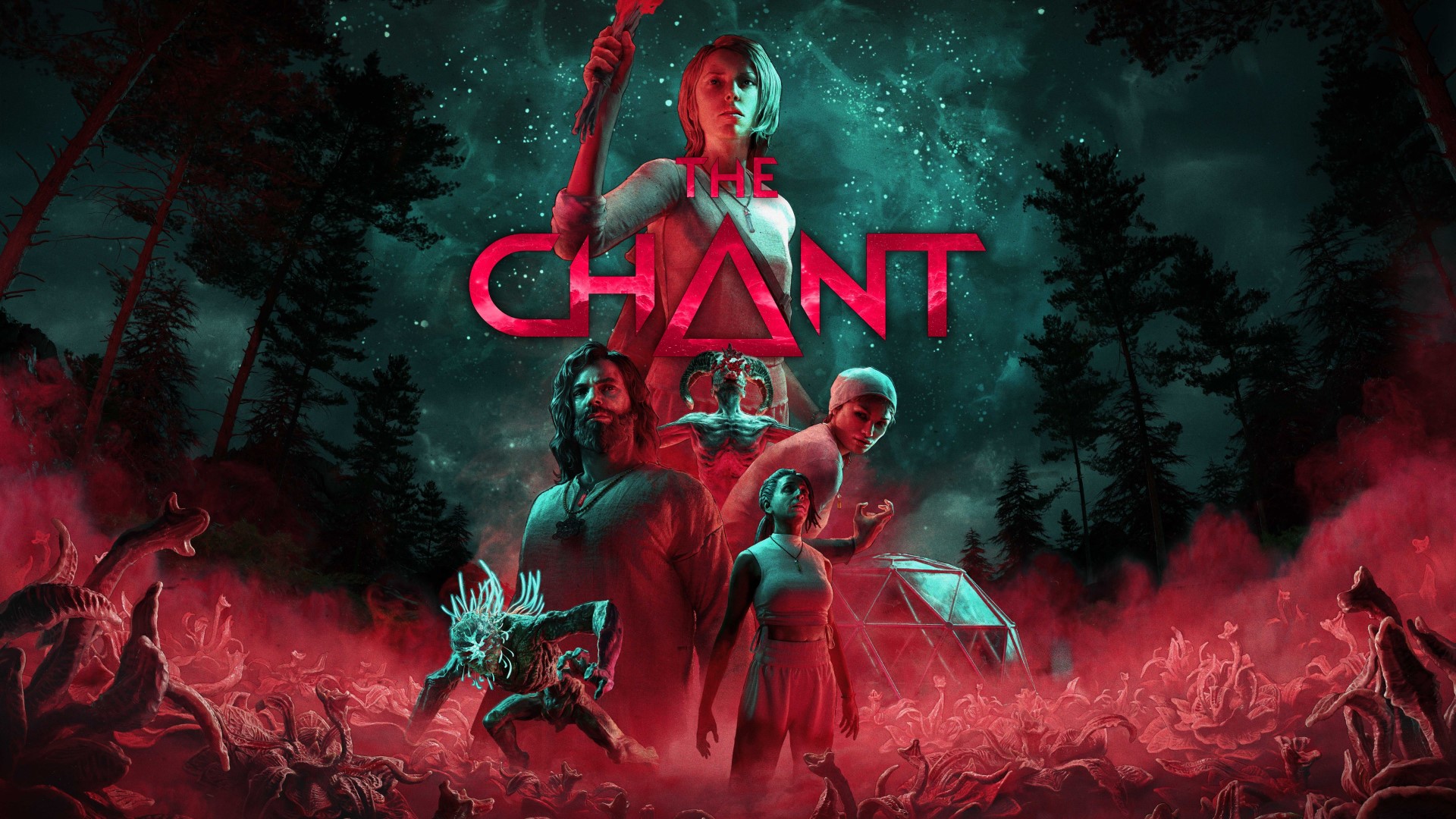 Despite not being a big-budget release, The Chant features an extensive range of talent for its main cast. Jessica is played by Siobhan Williams, who some may recognize as the voice of Laura Kearney from Supermassive’s The Quarry. Other actors have extensive experience in television series and movies. Praneet Akilla of Skymed and Nancy Drew fame plays Sonny; Emily Tennant of Dirk Gently fame voices Hannah; Nicole Anthony of Child’s Play fame plays Maya; and Adam Millard voices Tyler. While not the biggest names, there’s still an impressive amount of talent onboard for all the characters. 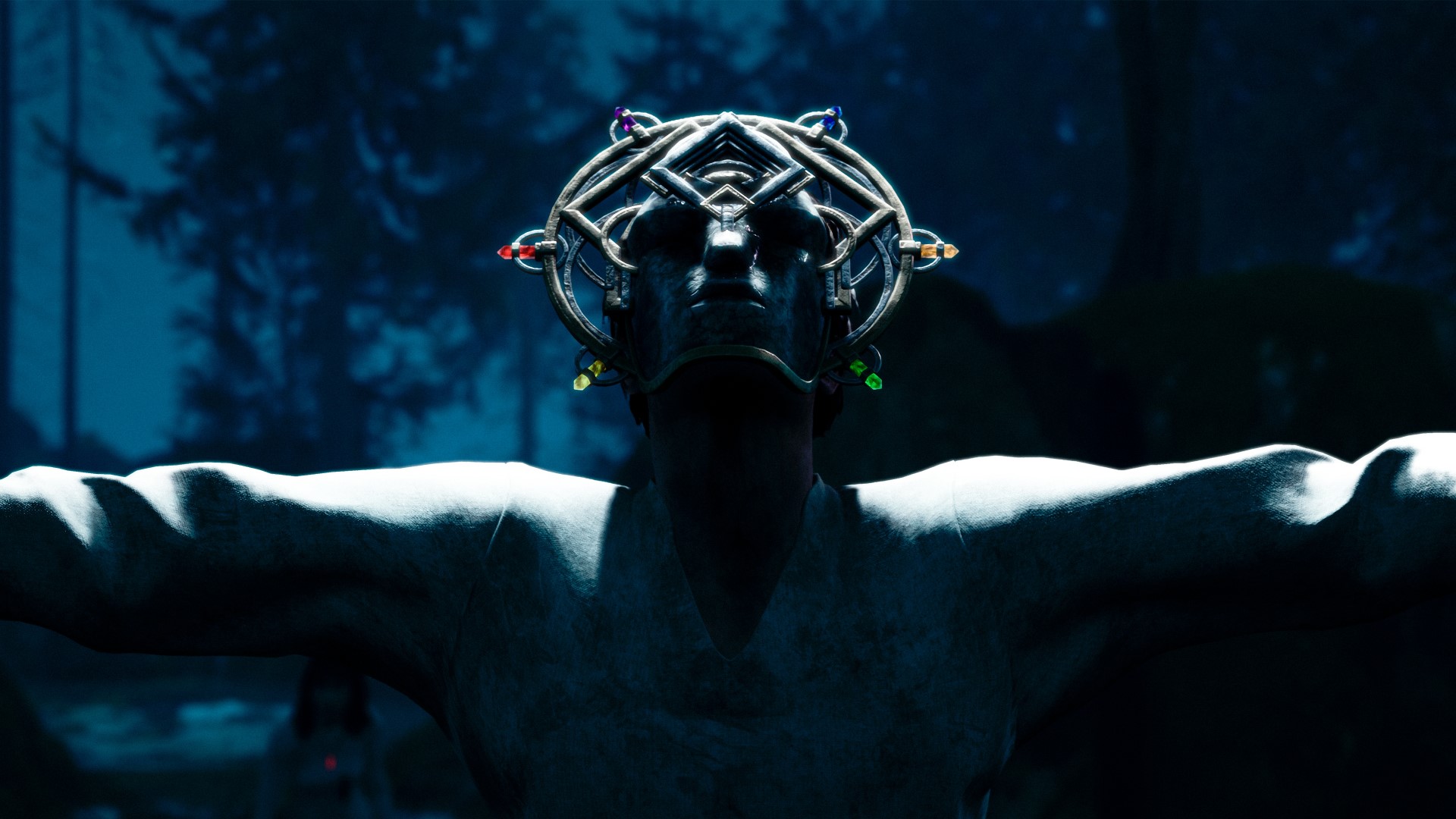 The Chant has been compared in previews to Supermassive’s horror titles in terms of presentation. There are a hefty amount of cutscenes and screen time for each character as you interact with and learn more about them. Of course, the overall tone of horror is also pretty different. Creative director Mike Skupa described it as a mix of 1970s cult horror and New Age spirituality, and it’s clear that there’s some cosmic horror thrown in. Of course, in terms of gameplay, it’s also pretty different from The Dark Pictures Anthology or The Quarry, but Jess’ decisions could still very well influence the fate of everyone else. 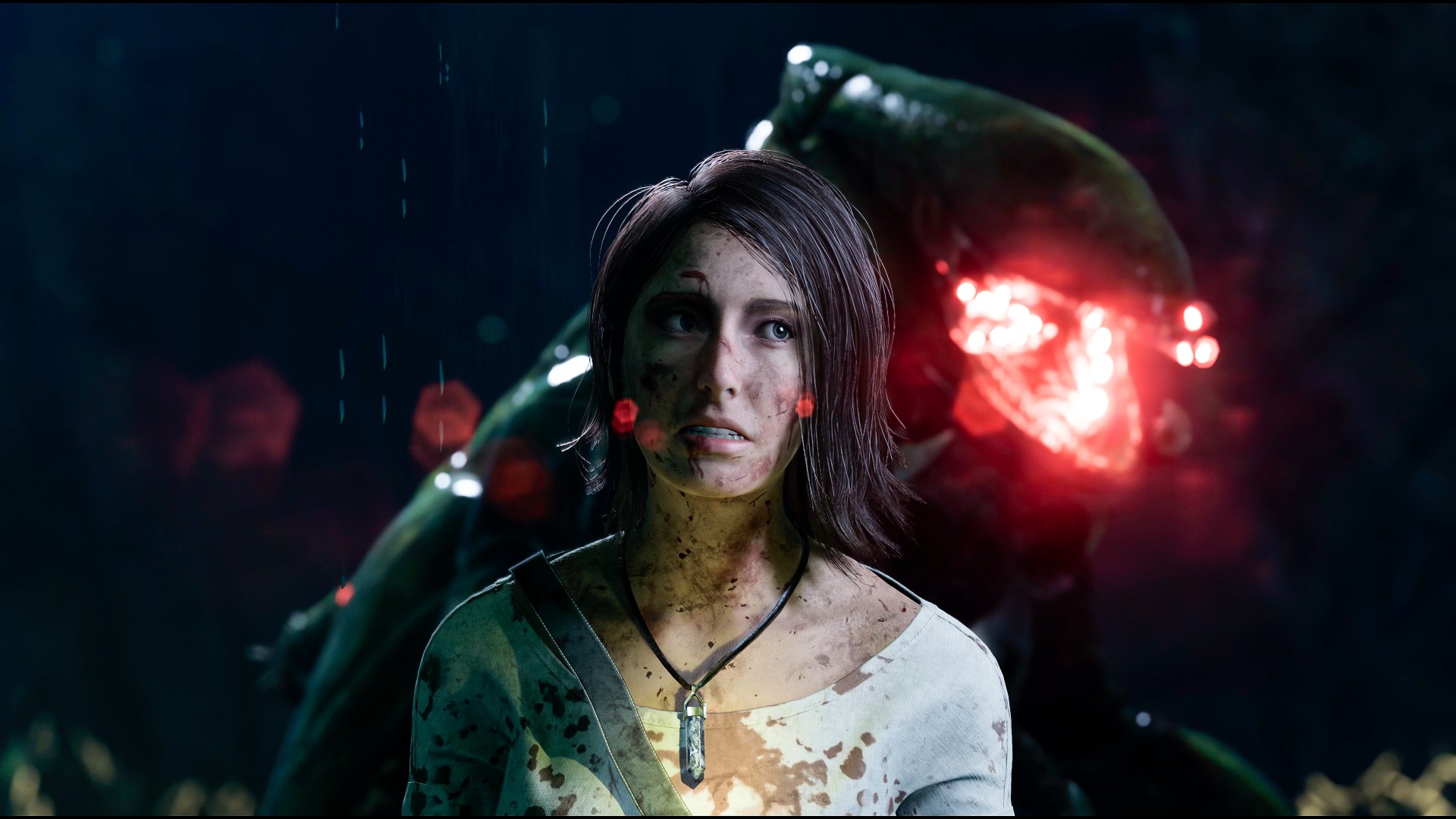 At its heart, The Chant is a third-person action-adventure title with a heavy dose of survival horror. You’ll run around the island, exploring different areas and battling against nightmarish creatures. No firearms here – your weapons consist of incense, salt, and whatnot, though some can break with continued usage. Of course, sometimes fleeing is a much better choice than standing your ground, especially if you need to save resources for tough encounters. Another core gameplay mechanic is dealing with the other survivors as they slowly go mad. It’s not confirmed whether the other characters can die based on your actions, but expect to become embroiled in a fair bit of interpersonal drama. 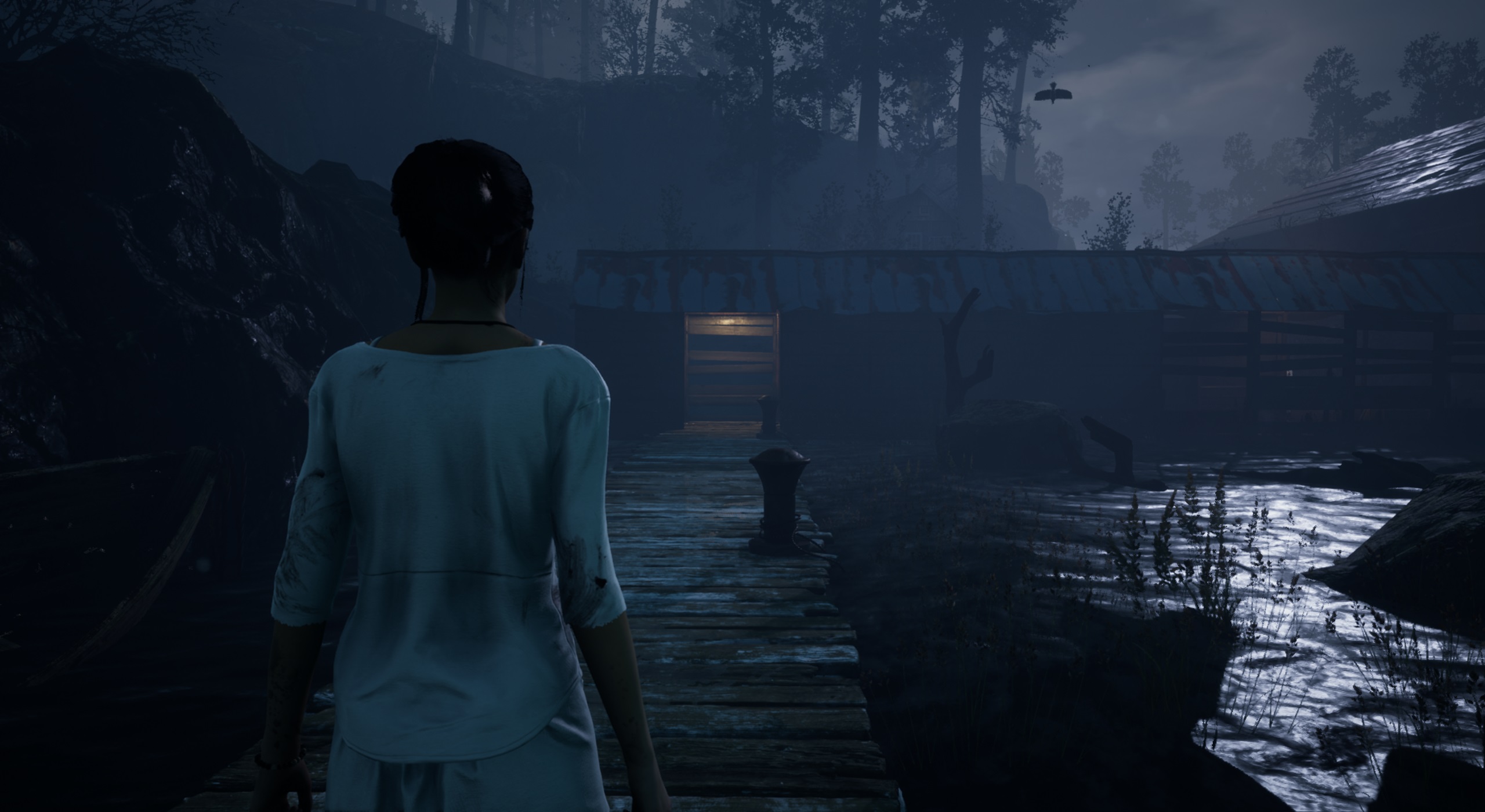 Glory Island is a big location, and as more areas open up, it’s possible to locate shortcuts and backtrack as necessary. The interconnected nature of the retreat isn’t too surprising, but it should allow for exploring previous locations and finding any missed items or resources. In terms of the different areas, besides the site of the ritual that brought about this entire mess, there are mines and extensive forests to explore along with infected zones. How players go about navigating and clearing these zones remains to be seen.

Interestingly, crafting and resource collection play a part in the gameplay loop, though it’s not explained in detail yet. Crafting herbs is confirmed at the very least, so perhaps it’s like the Resident Evil games where you combine different items for different purposes. Again, time will tell how this feeds into the survival mechanics, but it does seem like resources are limited, and you’ll need to be careful in managing them. 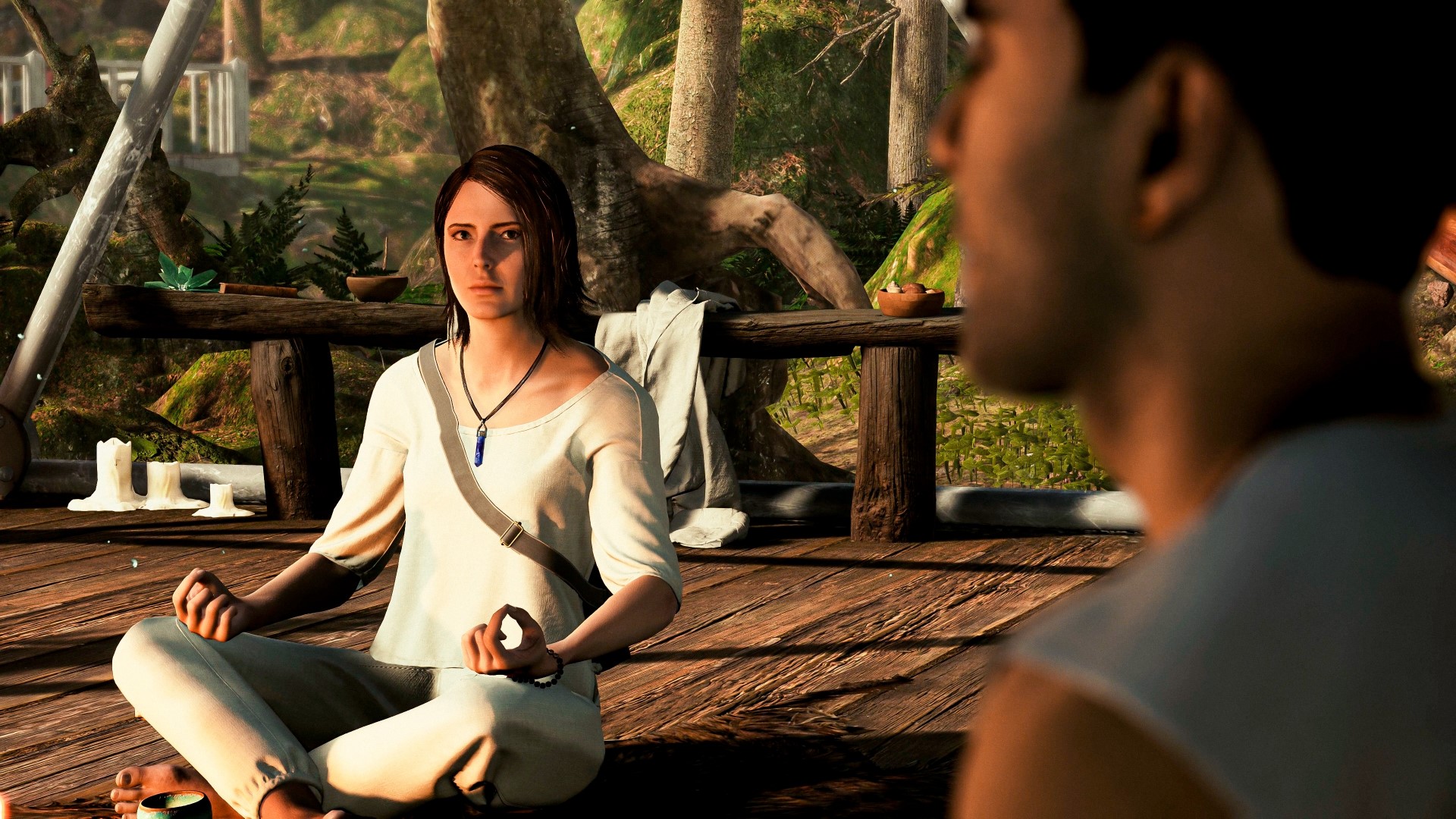 Throughout your journey at the retreat, three meters must be managed at all times – Mind, Body, and Spirit. Mind represents the state of Jess’ mental well-being; Body indicates her overall physical health; and Spirit conveys her spiritual state. While Mind will help keep Jess from losing sanity due to the horrors on display, Body provides damage resistance. Of course, keeping your Spirit high also grants access to supernatural skills, which can turn the tide in battle. Balancing all three of these is important, though you can perform actions like meditation to deplete your Spirit and restore your Mind meter in the process. 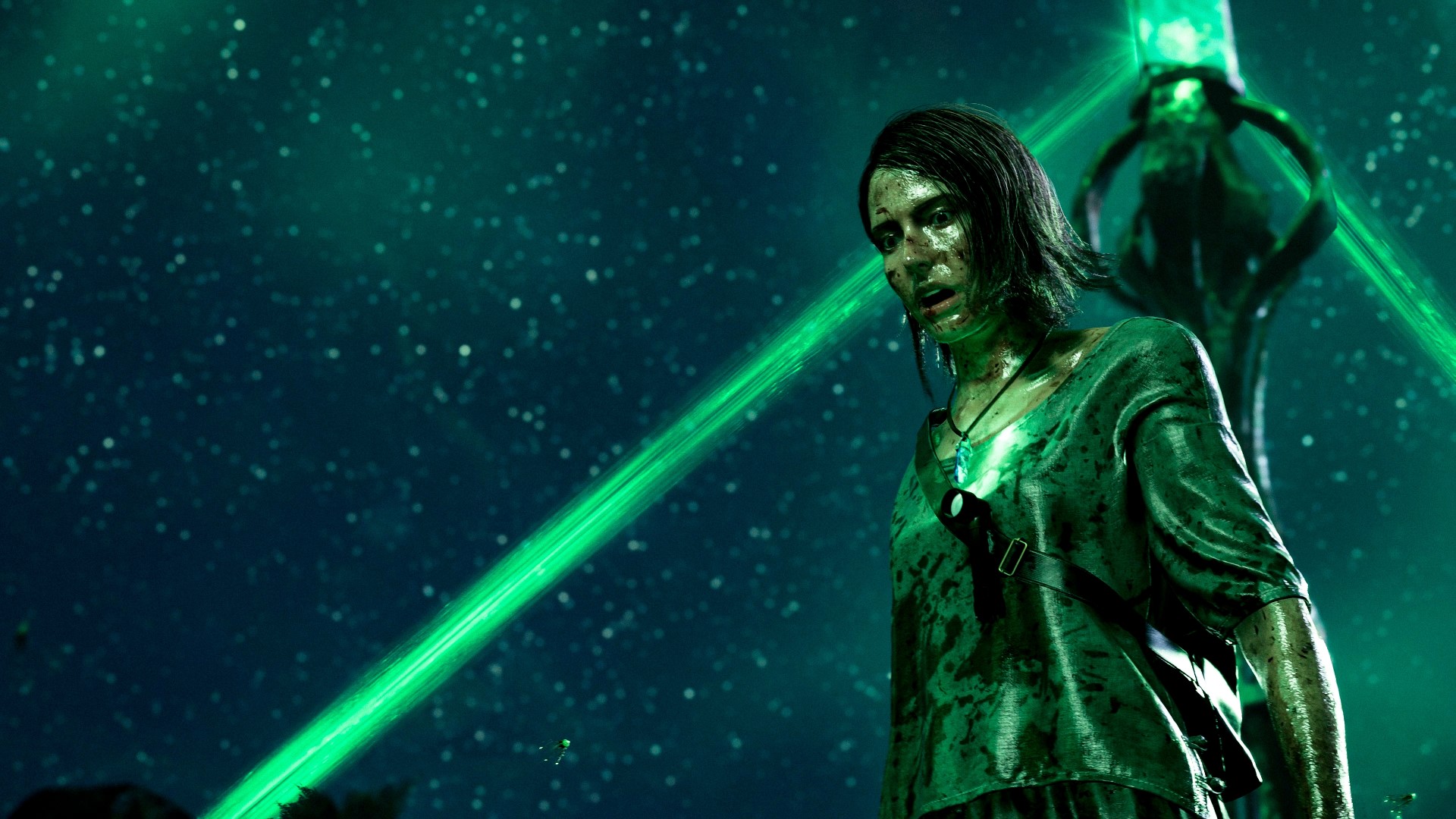 Overall playtime for The Chant is yet to be confirmed, but the story comprises a prologue and seven different chapters. There also seems to be some replay value in terms of the ending that you can achieve. During the Future Games Show at Gamescom 2022, creative director Mike Skupa discussed how balancing the Mind, Body and Spirit stats could affect the ending one receives. This may not necessarily mean multiple endings, but rather minor adjustments to the main ending, based on one’s decisions. 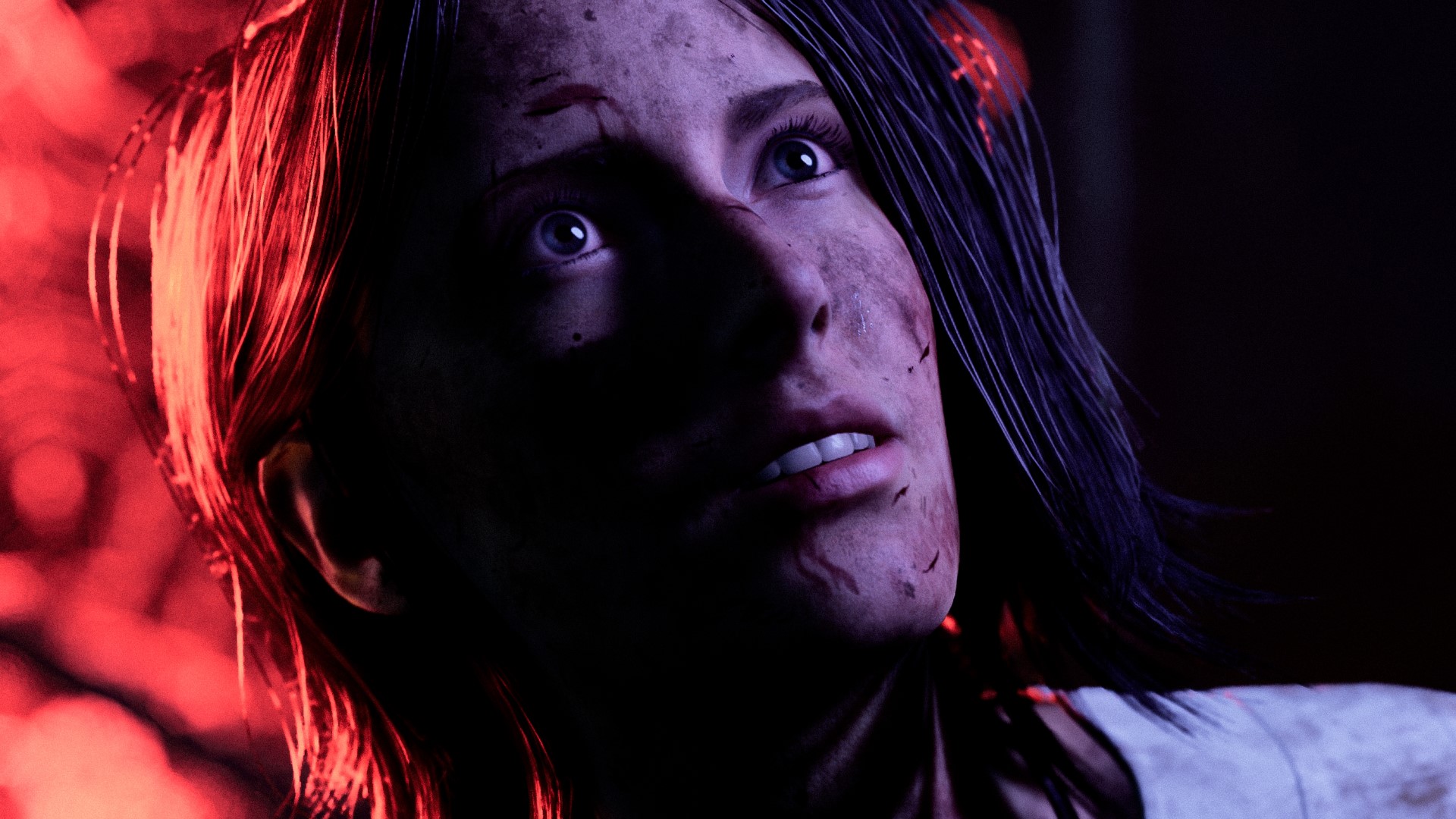 As with many other titles, you can get some in-game bonuses by pre-ordering. These include the Spiritual Retreat outfit and the 70ies VFX Filter Mode. Both feed into the whole 1970s vibe the story is going for, with the filter adding that extra bit of cinematic flair.