Everything you need to know about The Crew 2. 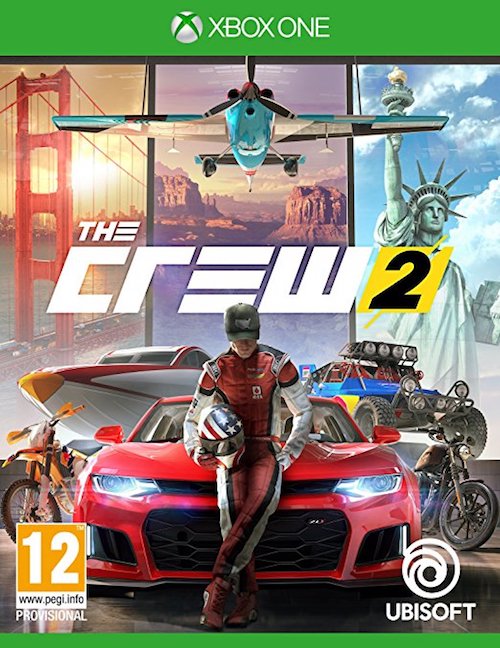 Open world racer, The Crew 2 is a follow up to the middling Ubisoft racer released in 2014. Developed by Ivory Tower and published by the tower loving Ubisoft, the sequel is set to give players the freedom to race across the entirety of a paired down United States of America in all kinds of different vehicles. The Crew 2 should maintain the focus on multiplayer of the first title, and is due for release on Microsoft Windows, Xbox One and PlayStation 4 on June 29, 2018.

Beginning development immediately after the previous game, developers Ivory Tower wanted to focus on feedback they received on the first installment. Variety was a huge point in the middling reception of The Crew, so for the sequel the ability to control a wide variety of other vehicles was added in the game.

Cars, motorcycles, boats, and airplanes are available within The Crew 2, and the team had to create unique physics and controls for each style of vehicle to differentiate their feel and control. Freedom in level design was also considered, as the previous game was also blasted for forcing players through a tight mission structure that forced them to complete objectives in a strict order. Ivory Tower reconsidered the structure of its in-game America to make each of their zones focused on several hub worlds which focus on different styles of play, allowing players to ignore or delay playing missions that they don’t want to play.

Thanks to the addition of the extra vehicles, changes to the engine had to be made to accommodate the variety in cars. On top of visual enhancements that would come with any sequel, realistic weather and day/night timings were included, along with a much improved draw distance were worked into the game.

Officially revealed at Ubisoft’s E3 2017 show with trailer and gameplay, the game was supposed to come out for all modern platforms except Nintendo Switch on March 16, 2018 before the game was delayed to mid-2018, finally re-dated in March for June 29, 2018. 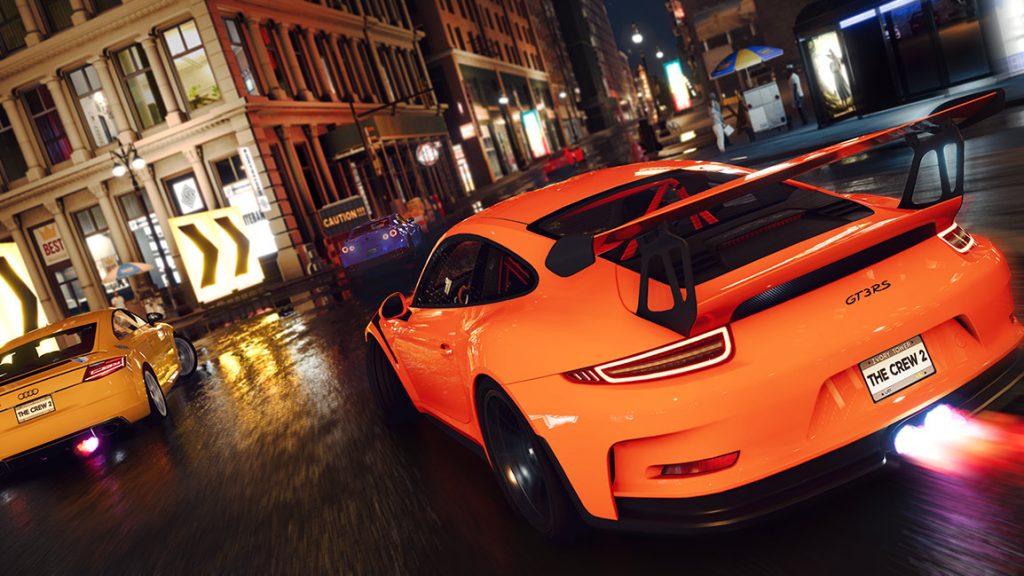 There are very few details on the story of The Crew 2 at present. The multiplayer focused online racing game is said to have even less of a narrative focus than the original title in an effort to make the game more player driven and open. The player’s goal as before, is to make a name for themselves in the racing world, working their way up to fame and respect from nothing. 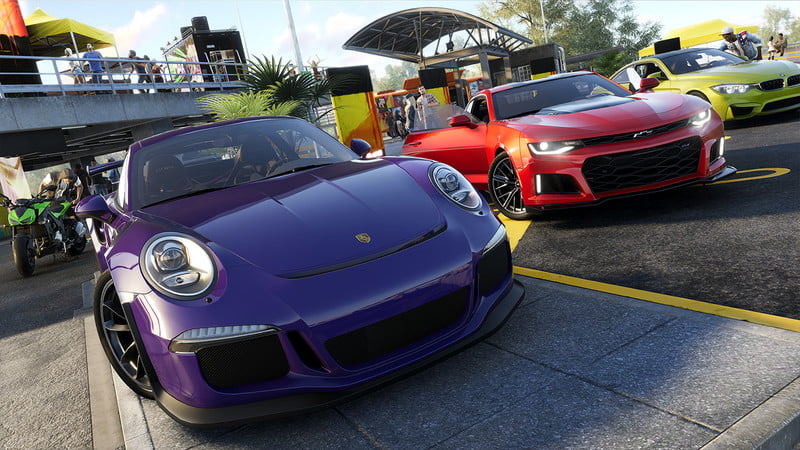 Within The Crew 2, players will freely explore an open world divided into a selection of hub worlds and tackle events within them. The four different hub worlds featured in the game will have their own theming to go with the location and focus on their own selection of events, play style and vehicles, allowing players to develop their character and skills at their discretion. Players will control cars, motorcycles, airplanes and boats during the game, able to switch freely when in free roam to explore the game world.

Customization will also be a factor in the game, likely as a reward system for players. Ivory Tower wanted to develop the games controls to be “hard to master” without sacrificing casual experiences.

The huge emphasis on multiplayer allows for both cooperative events such as Rally raids, as well as competitive aspects, such as fastest time leaderboards. Solo players will be able to enjoy all the content with AI drivers filling the slots, but the game is being developed with the idea that players will be connected online. It is not known if The Crew 2 will drop the always online requirement of The Crew.

The themes of each hub world include Freestyle, Pro Racing, Street Racing, and inspired by expansion content from the previous title. It’s not known what American cities these hub worlds will be based off of, or which each of them will be tied to, however thanks to the box art, it can be assumed that San Francisco, New York and a southern environment like New Mexico will feature within the game. 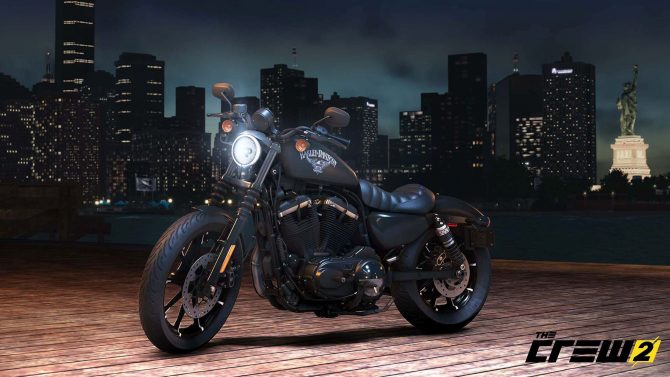 There is no known story content for The Crew 2, so alas there’s nothing to cover here for characters, at least yet. Keep it locked on Gamingbolt for updates.