The original arcade game The Dishwasher: Dead Samurai was release in 2009 for the Xbox Live Arcade and while difficult if had a satisfying gore aspect to it.  Now a sequel has been announcement entitled The Dishwasher: Vampire Smile, developed by Ska Studios when it comes to gore, there is definitely more.  (I’m a song writer too)  The game has no official release date but it will have co-op as well as two solo character campaigns, 50 arcade challenges and even more in the Dish Challenge.  New weapons will also be in the game like a six foot tall syringe called ‘The Painkiller’ among other weapons wrapped in barb wire and ones returning from the first game. 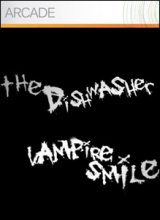