The Division Getting It’s Own Xbox One Bundle

Digital download of the game, versus a physical version. 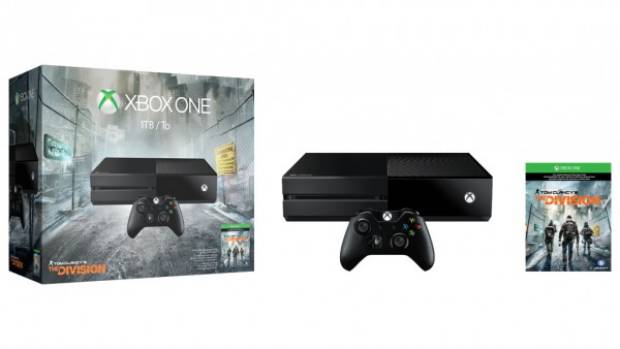 If you’re sad that no one ended up getting you one of the really neat Xbox One bundles that were on offer over the Holiday season, you can now take heart. A brand new bundle, complete with a digital version of The Division has just been announced. While Microsoft has not made this announcement official, it seems as though they are going to be bundling the 1TB version of the Xbox One with a number of new games for the forseeable future.

The company offered a Rare Replay/Gears of War Ultimate Edition 1TB Xbox One bundle, as well as a Halo Bundle during Black Friday and during the Holidays. That bundle came with a larger selection of games, considering it also included a digital download for Ori and the Blind Forest. This bundle certainly isn’t giving you as much bang for your buck as that bundle, though you are getting a newer game that has plenty of excitement surrounding it’s launch.

The Division Xbox One bundle appears to be available on the Microsoft store, as well as though the usual video game retailers like Amazon, Best Buy and GameStop. The bundle will run you $399.99 and doesn’t come backed with any special items other than the digital download of the game. This also seems to be a sign Microsoft is moving more towards no longer packaging physical copies of the game with their console. The Division will be released on March 8 for PC, PlayStation 4 and Xbox One.