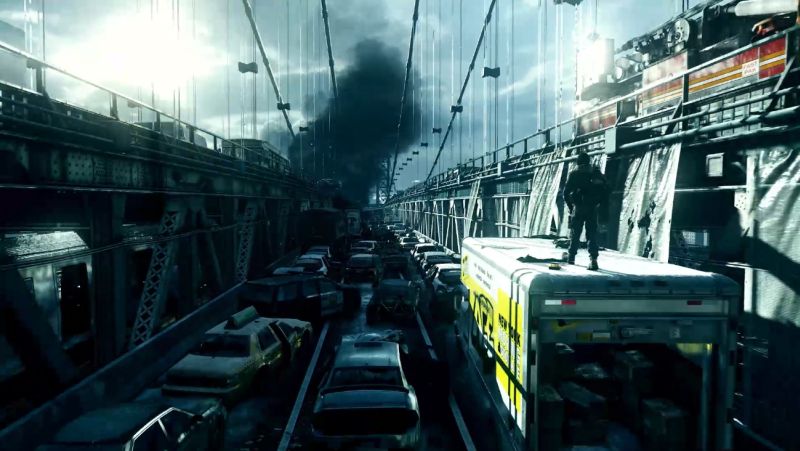 We should have expected to get an onslaught of information for The Division as we neared its release- after all, it is a Ubisoft game, and those get an unreal amount of information overload around their official releases. A Redditor has gone ahead and mapped out the full upgrade path possible for the Tech Wing.

In The Division there are 4 skills per wing, out of which two are active at any time as your active skills; in addition, you can have one more active as your ‘Signature Skill.’ The Tech Wing upgrade path seems to be built to give your character more enhanced abilities- for instance, you can take cover to increase the damage your weapon deals out; or you could release a mine that seeks out all hostiles in the vicinity and targets them.

You can increase your inventory limit by 10 slots, and you can increase the duration a consumable’s effects last on you. The Division is due out on the PlayStation 4, Xbox One, and PC in March. 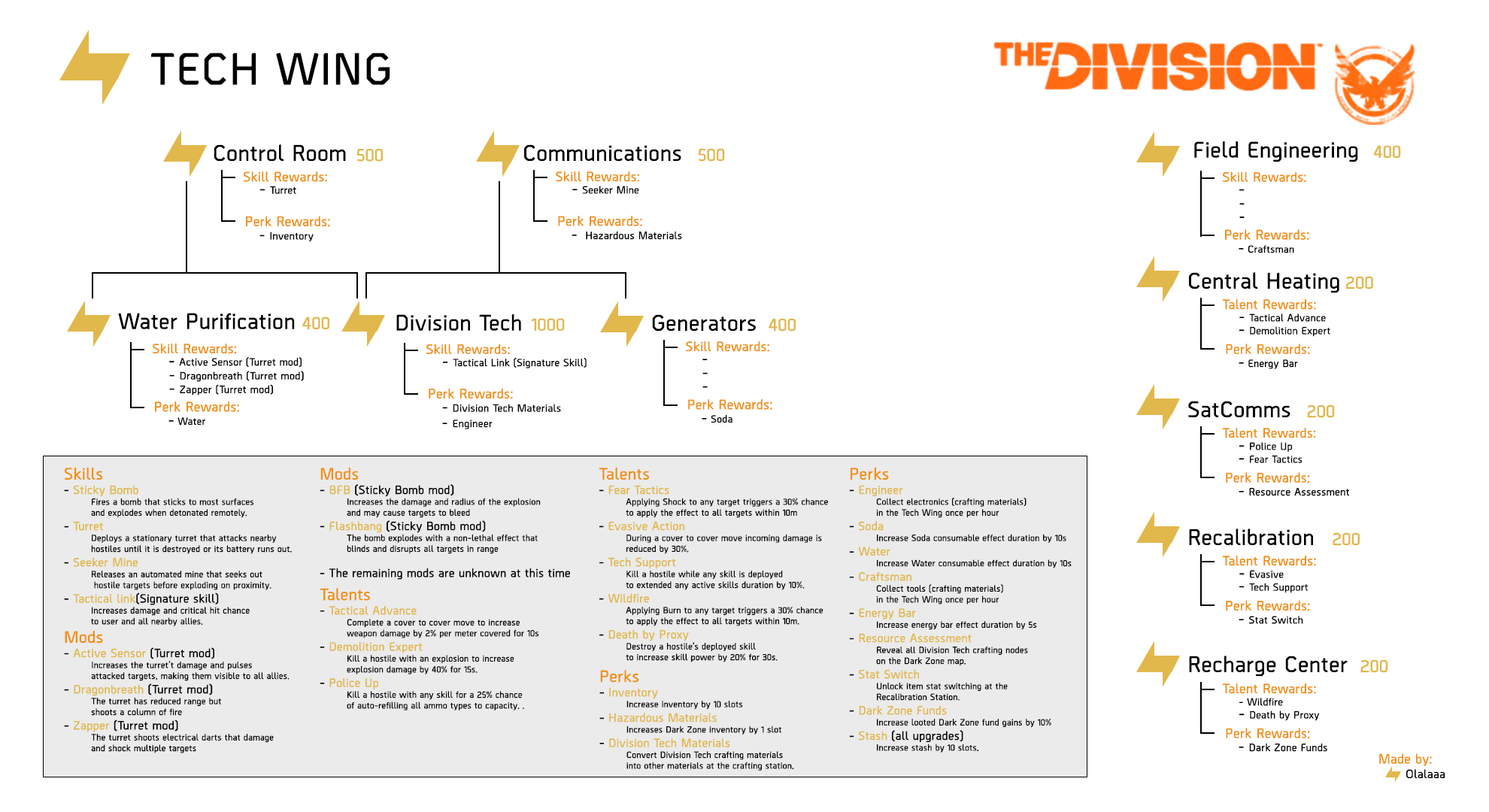