The Elder Scrolls 6: Is This Fallout 4 DLC Secret Hinting Towards Its Announcement At E3?

Could Bethesda indeed be looking to have another major announcement so soon? 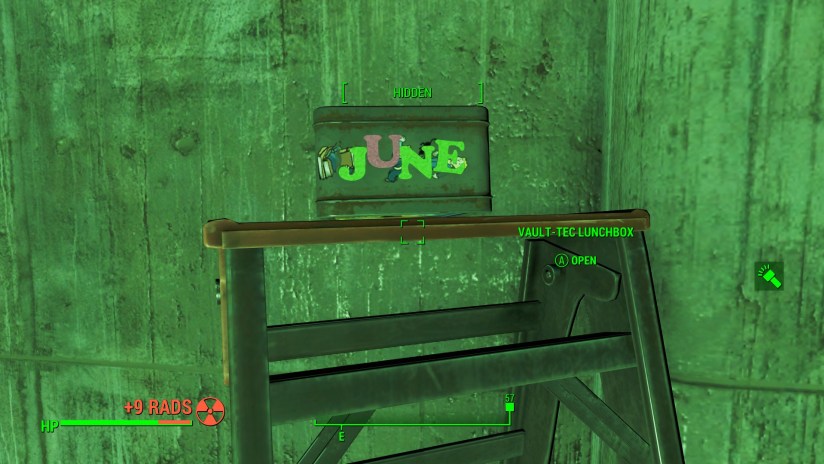 Bethesda is a publisher like no other- it has two massively successful franchises (The Elder Scrolls V: Skyrim is one of the most successful games of all time, and the just released Fallout 4 seems to be on track to outsell it), but where other publishers would follow up on these successes with fast tracked sequels on an accelerated release schedule, Bethesda take their time, with the release of two installments in their series sometimes separated by as much as over five years. This makes sense, too- until now, Bethesda have preferred to focus on only one game at a time, and each of their games takes a fair bit of time to develop.

So people probably didn’t expect Bethesda to announce anything truly spectacular at E3 this year- Fallout 4 only released last year, after all, and we know Bethesda don’t like to announce their games until they are very close to release. But it seems as though the company may actually be preparing some kind of an announcement in June after all- GeekSnack posted a lengthy post about a secret in the just released Fallout 4 DLC, Automatron– the secret in question is a lunch box. Now, lunch boxes are hardly rare in the game, and most of them have stickers on them. However, this one stands out, because the sticker on it is placed on the sides, and not the back or front, unlike with others- meaning it is there, in plain view, for you to see even if you don’t examine it. And the sticker spells out just one word- June.

June is, of course, when E3 is held, and it is possible that the lunch box is teasing something for then, especially since there is no Vault Dweller with the name of June in Fallout 4 (there is a character named June Warwick, but she isn’t a Vault Dweller, meaning the box can’t possibly be hers).

So, what then, could this tease be about, presuming it is a sly wink at E3? There are two candidates we can consider- more Fallout 4 DLC (the second wave of DLC is slated to launch by the end of this year), or, maybe, The Elder Scrolls 6.

It has been five years since Skyrim launched in 2011, so the time is ripe for a new Elder Scrolls game (there have never been more than five years separating the release of two Elder Scrolls games before). We also know that Bethesda’s internal structure has seen a few changes, and they now are handling multiple projects at once– this means that the possibility of an Elder Scrolls 6 announcement is not at remote as you may think- and that game could even be launching as early as by 2016 end, or maybe in early 2017.

Of course, we won’t know for sure until E3, which is just a little over two months away. Hopefully, Bethesda have something good planned for us.