Archive For The Elder Scrolls 6 Tag

BGS' Todd Howard says that the team will be working on Fallout 5 once Starfield and The Elder Scrolls 6 have been done with.

The Elder Scrolls 6 is Targeting 2025/26 Launch, Set in Hammerfell – Rumour

According to a new leak, The Elder Scrolls 6 is now in the early stages of full development, with some gameplay details having emerged.

"In order to be on Xbox, I want us to be able to bring the full complete package of what we have," says Xbox boss Phil Spencer.

Bethesda Game Studios’ “Passion is Behind” Single Player Games, but Doesn’t Want to Rule Out Multiplayer

Todd Howard says single player experiences are a core part of the studio's DNA, but they could still utilize multiplayer and social ideas in games in the future.

"I think chasing scale for scale’s sake is not always the best goal," says Todd Howard.

"I look forward to learning about that," says Jim Ryan.

Unsurprisingly, that is all he says on that matter. 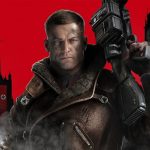 "I think 2-4 million players who would otherwise have owned PlayStation will now own Xbox," says the industry analyst.

Microsoft Buys ZeniMax Media – What This Means for The Elder Scrolls 6, Starfield, and the Industry

What could this acquisition mean in both the short and long-term? Find out here.

The Elder Scrolls director shares the many ways that both companies have collaborated through the years.

Work on upcoming projects continues to ramp up at Bethesda Game Studios.

Bigger doesn't always equal better - a lesson that Bethesda could benefit from for its next RPGs.