A remake or reboot of the classic game that started it all? 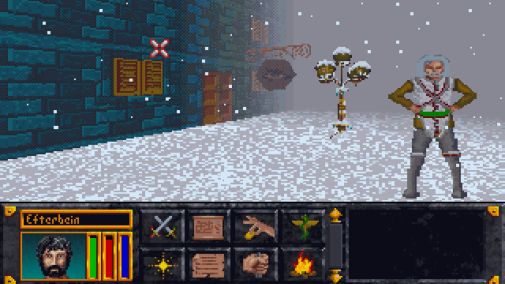 An entry for The Elder Scrolls: Arena was found, registered by Bethesda Softworks on April 9th 2013 on the Australian Classification Database.

Area is also the name of the first Elder Scrolls game ever made, released for MS-DOS back in 1994. It’s randomly generated areas and open world gameplay served as the framework for games that would follow like Daggerfall, Morrowind, Oblivion and Skyrim.

The game is listed as having a “moderate impact” of violence and being multi-platform. As of now, it’s unsure exactly what this classification means. It’s possible that this could be an HD remake of the game or even an entirely new reboot based on the same.

As of now, it’s hard to tell. Currently, Bethesda is gearing up with ZeniMax Online Studios to launch The Elder Scrolls Online, which lets players take on several different classes as they explore the lands of Tamriel in a war for the Emperor’s throne. The MMORPG is scheduled to release this year for PC.