The Elder Scrolls Online is already running at a rock solid 30fps on PS4 and Xbox One. 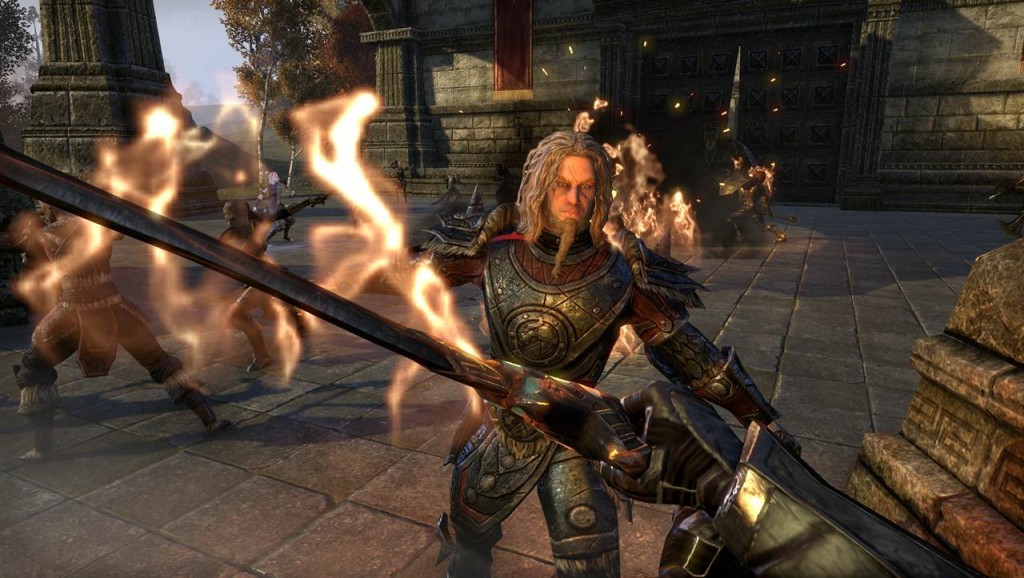 The Elder Scrolls Online has basically been a love and hate affair. We at GamingBolt apparently loved it but the game does have its own set of issues but it’s largely an enjoyable title.  As you must be aware the game is also due for the PlayStation 4 and Xbox One and there is next to no information about how the new versions are shaping up.

GamingBolt caught up with the game’s creative director Paul D. Sage and although our discussion was mostly based on the PC version, we still managed to ask a few questions about the console versions.

The Elder Scrolls Online is a massive open world with a lot of things going on simultaneously. A gaming PC can easily handle those scenarios at a stable frame rate but what about the PS4 and Xbox One versions?

“So our targets are established in such a way that we provide the best quality experience. We are kind of internally running at 30fps already and we are going to keep seeing on what we can do to get the most out of the system[s],” Paul explained to GamingBolt. “You know, the big thing for us is in these large PvP maps is that we already have so many players on the screen. We just want to make sure that runs as smooth as possible and perfect.”

Since the console versions are still ways off from their release, it’s nice to see that the game is already running at a stable frame rate. Let us hope that they can crank it up to 60fps.