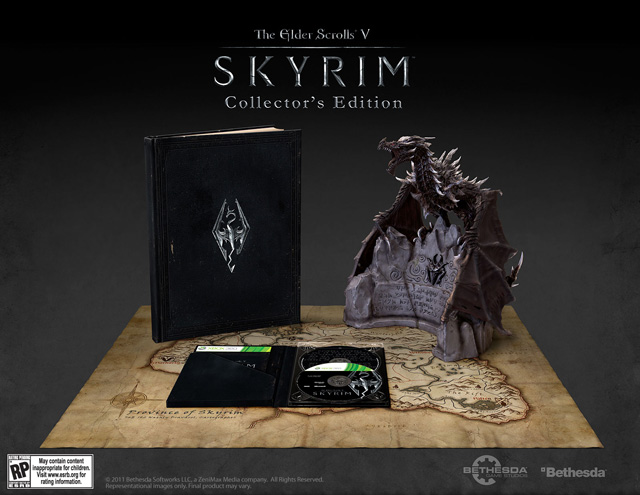 The Collector’s Edition for The Elder Scrolls V: Skyrim has been announced by Bethesda and will cost $150 for the Playstation 3, PC and Xbox 360.  The game will be out on November 11th, 2011.  It comes with one mean looking dragon, but here is everything it officially has packed in it: