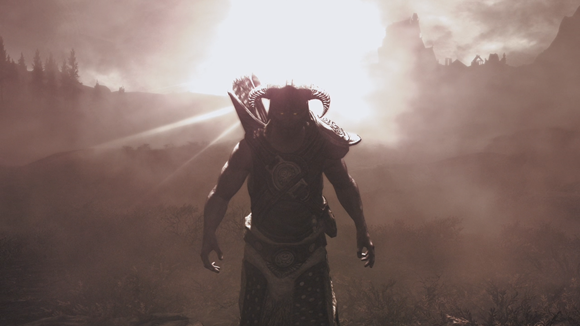 Bethesda’s legendary Elder Scrolls series of role playing games got another installment last November. Skyrim took the world by storm, achieving mainstream success that few games ever manage, breaking into the limelight on account of its iconic protagonist, the Dragonborn, and the fodder for memes that he provided, and for its expert treading of the fine line that divides dumbing down a game too much for mainstream accessibility, and streamlining it while still retaining all its depth. Skyrim was a game with hundreds of hours of content- it is incomprehensible that anyone has actually managed to go through all the content that the game has to offer within the last nine months; at the same time, however, it is entirely possible that people who completed the main quests and were bored of the banality of the daily sidequests had long since turned to other games. For these gamers, and for others, who want more to their Skyrim experience than it already offers, comes Skyrim’s first proper full fledged expansion, Dawnguard.

Offering another couple of dozen hours on top of the hundreds of hours of mileage that you’ve probably extracted from Skyrim, Dawnguard shamelessly sells out to the popular vampire craze that permeates all things these days by being first and foremost about the blood sucking variety of Skyrim’s citizens. Named after the eponymous bunch of vampire hunters, Dawnguard offers the players two sets of campaigns, both of which can be accessed as soon as your player character in the core quest reaches Level 10. The first quest involves you joining Dawnguard and hunting down vampires, whereas the second quest offers you the opportunity to join the vampires, and square off against Dawnguard. 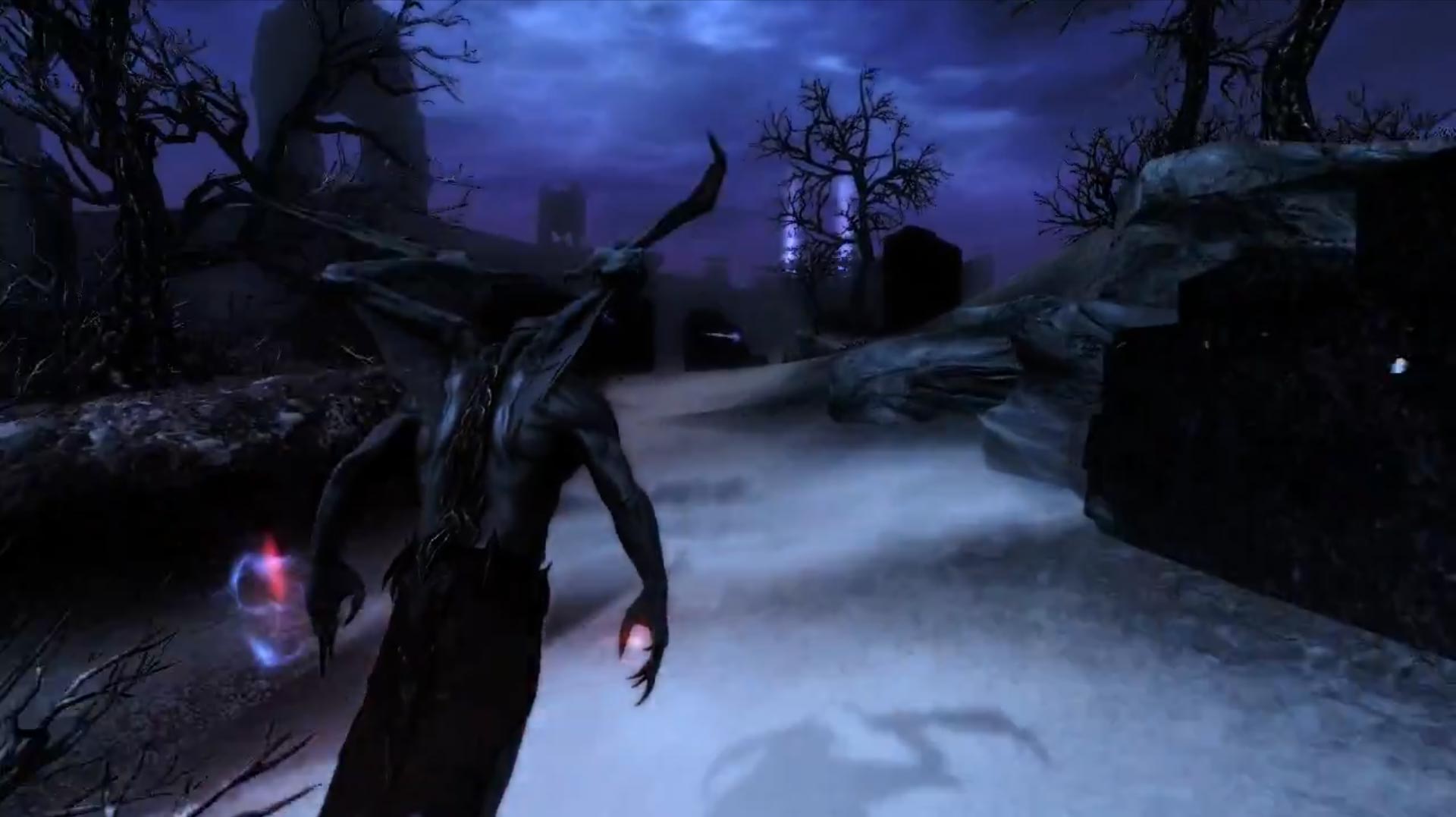 The second quest is actually infinitely more interesting than the first, which is a bit of a shame, particularly since, as long time Elder Scrolls players probably already know, playing as a vampire, though coming with its own fair share of benefits, also comes with a few downsides. There’s quite a few people who do not like playing as a vampire (like yours truly), who would rather go werewolf, or maybe just continue uninfected, , and they might feel slightly cheated out of their money with this expansion.

It’s not like the former Dawnguard quest is lacking. On the contrary, it is exceptionally well made, and adds quite a bit of lore and mythology to Skyrim’s already extensive tome of backstory. However, the vampire quest is just infinitely more interesting, more unique, and considering how similar quests begin to get in the main, vanilla game, and how much Dawnguard’s anti vampire quest begins to mirror them, it’s a bit of a shame, and a feeling of banal repetitiousness might begin to permeate your entire experience.

It’s the other quest where the expansion truly shines. When you have access to vampire powers, the entire Skyrim experience gets a new lease of life; in particular, abilities such as the one that lets you turn into a swarm of bats adds not only mindless fun to the experience, but some depth too. This expansion actually justifies the existence of vampirism within the game, which, as I said above, felt compromised, especially compared to the set of abilities that werewolves get. Here, vampiric powers come into their own, and you can truly feel empowered playing as one. 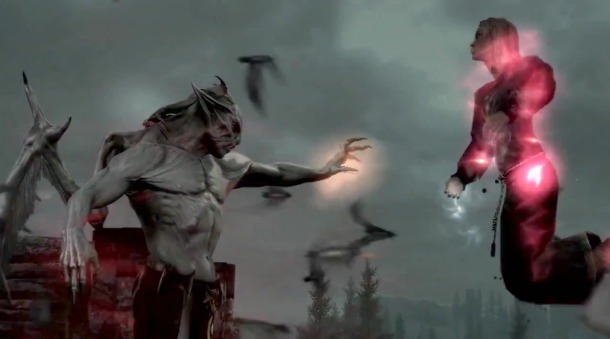 The Elder Scrolls games have always been about exploring immaculately crafted worlds, with their own geographies, histories, mythologies, and lore, all of which is immense. Skyrim in particular won accolades for how well crafted its Nordic inspired mountain world was, each village having its own personality, its own history, each village being a living, breathing place inhabited by real people. People who were expecting more exciting new places to travel to with Dawnguard will find themselves immensely disappointed.  Dawnguard largely takes you through the same areas as the core game, though there are a few new caves and dungeons to explore. Being that caves and dungeons were perhaps the most unforgivably monotonous portions of the Skyrim experience anyway, and that the newer ones feel baffling and poorly thought out compared to the ones in the vanilla game, it’s not much of a respite. Especially to players who have sunk hundreds of hours into the game already, Dawnguard may come off as feeling quite stale.

Dawnguard does its best to preserve the core Skyrim essence, and so, a very important, albeit undesirable, part of the Elder Scrolls experience has found its way into the expansion: glitches and bugs. Skyrim, when it released, made waves for the sheer number and variety of bugs in it, and the various kinds of ways they could be activated or triggered, and the imaginative fixes that people would sometimes come up with. Unfortunately, after some time, bugs and glitches become tiring, and detrimental to the game experience, no matter how hilarious they are (hello, dragons flying in reverse), and in Dawnguard, which brings its own set of bugs and glitches the the experience, many of which simply have no fix, and most of which should not have made it into the final game, especially after its beta testing period, they are outright frustrating and hinder the enjoyment of the game actively.

Honestly, Dawnguard feels like a bit of a missed opportunity. The quintessential Skyrim experience has always been about literally making your own story that you would then share with others. Although in theory, Dawnguard offers more of that, the problem is, with its rehashing of the same locations as in the core game, and somewhat unimaginative quests, at least on the vampire hunters’ side, you will find it lacking. It offers a nice dozen hours of play per quest, which means you should be able to add about twenty five hours from it if you want to see everything it offers. Unfortunately, what it offers isn’t all that much, and not that compelling to begin with. Fans of vampirism might like the ability to turn into a vampire lord, but that’s the most you’ll get from this. 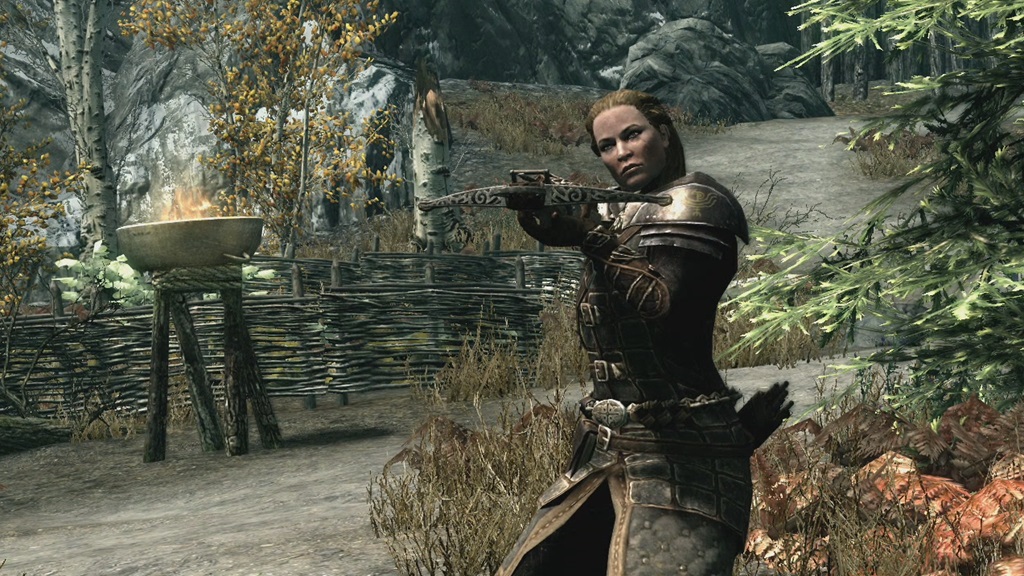 At $20, Dawnguard cannot be recommended. If you do want to give it a go, wait for the inevitable Skyrim Game of the Year Edition, which will include all the game’s DLC and will probably retail for the same price as Dawnguard does right now.

More bugs and glitches, that hinder the experience; adds no new locations to visit except for a few poorly thought out dungeons; the Dawnguard quest seems to be quite underwhelming; seems severely lacking in content, and 'more of the same.'

Dawnguard comes off as a bit of a missed opportunity.

A copy of this game was provided by developer/publisher for review purposes. Click here to know more about our Reviews Policy.
Tagged With: Bethesda, Dawnguard, elder scrolls, Microsoft, Skyrim, The Elder Scrolls, xbox 360, Xbox Live