Get the original game along with the three DLC packs. 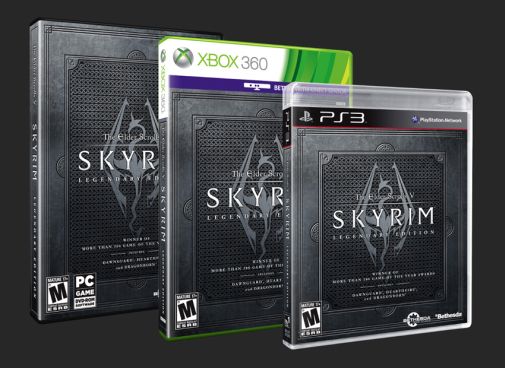 The edition will be coming to the Xbox 360, PlayStation 3 and PC on June 4th for $59.99, with European territories receiving the game on June 7th. Bethesda has confirmed that it will have the most up-to-date version of Skyrim along with the three DLC packages released since: namely, Dawnguard, Hearthfire and Dragonborn.

Bethesda has already confirmed that they’ve stopped development on Skyrim, so no more DLC packages or updates will be arriving for the game. So it only makes sense that they would package it together into a definitive edition for fans and first-time gamers. We’ll see how the response is, given how the DLC is still going great guns on XBLA and PSN.