The Entropy Centre is due out for PC, PlayStation 5, PlayStation 4, Xbox Series X/S, and Xbox One sometime in 2022, though a specific release date hasn't yet been announced. 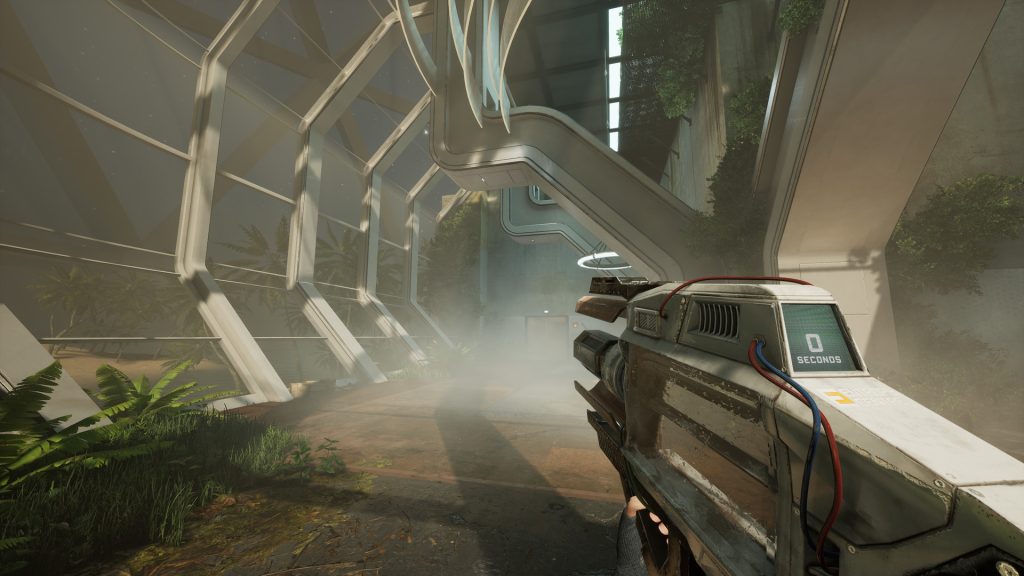 One of the most intriguing games to get shown off at the recent Future Games Show was developer Stubby Games and publisher Playstack’s first person sci-fi puzzle title The Entropy Centre, a game where rewinding time is the central gameplay mechanic, and you’re tasked with saving a dying (or dead) Earth.

You play as Aria, who wakes up in a space station in orbit around Earth, and quickly team up with the AI Astra. Your primary weapon is a gun that’s no ordinary gun at all- shoot it at an object, and you send it back through its past. You’ll be using this weapon to solve a number of time manipulation puzzles as you look to figure out mysteries surrounding the space station, Earth’s fate, your own past, and more, all with the help of Astra.

It’s looking exciting, to say the least, at least based on its intriguing concept. There’s definitely some Portal vibes in there. Check out the gameplay trailer below.

The Entropy Centre is due out sometime this year for PS5, Xbox Series X/S, PS4, Xbox One, and PC.