Everything you need to know about The Evil Within 2. 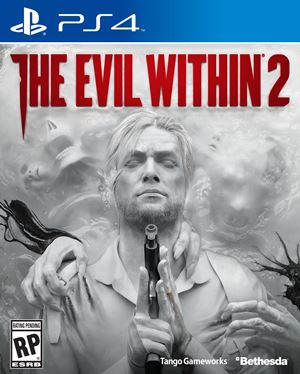 The Evil Within 2 is a third person survival horror game that has quite a few psychological elements mixed (inspired from the Silent Hill series) into the game. This is a direct sequel to the original The Evil Within which was released back in 2014. Sebastian Castellanos returns in the sequel and this time around he will be looking for his daughter this time who has disappeared in the same kind of world that was featured in the first game the series. Like the first game, The Evil Within 2 is being developed by Tango Softworks and is being published by Bethesda. The game is being developed for the PS4, Xbox One, and PC. Officially announced in June of 2017, the title is due to hit store shelves on Friday, October 13, 2017.

While The Evil Within was relatively popular among players who enjoy survival horror games, there was very little indication the title was going to be getting a sequel until the late spring of 2017. Then in May and early June of that year, there were some rumors that the game might be shown off at E3 2017. Those rumors ended up being true, as Bethesda did indeed end up revealing that it had been working on The Evil Within 2. While the announcement of the game was still a bit of a surprise, the release date was even more of a shock.

Bethesda and Tango Gameworks announced the title was going to have an October 13, 2017, release date. That date was apparently specifically pinpointed because it’s a Friday. (a popular horror franchise goes by the same name of Friday The 13th). The developers believe this release date fits into the overarching story of horror and unease. During the announcement of the game at E3 2017, the development team talked a bit about the story but didn’t go into great detail. “The story we’ve crafted for you is very compelling,” executive Producer Shinji Mikami said during the official reveal. “Each stage you’ll delve into is very unique. I hope people enjoy the game, and I encourage everyone to thoroughly explore the world.” 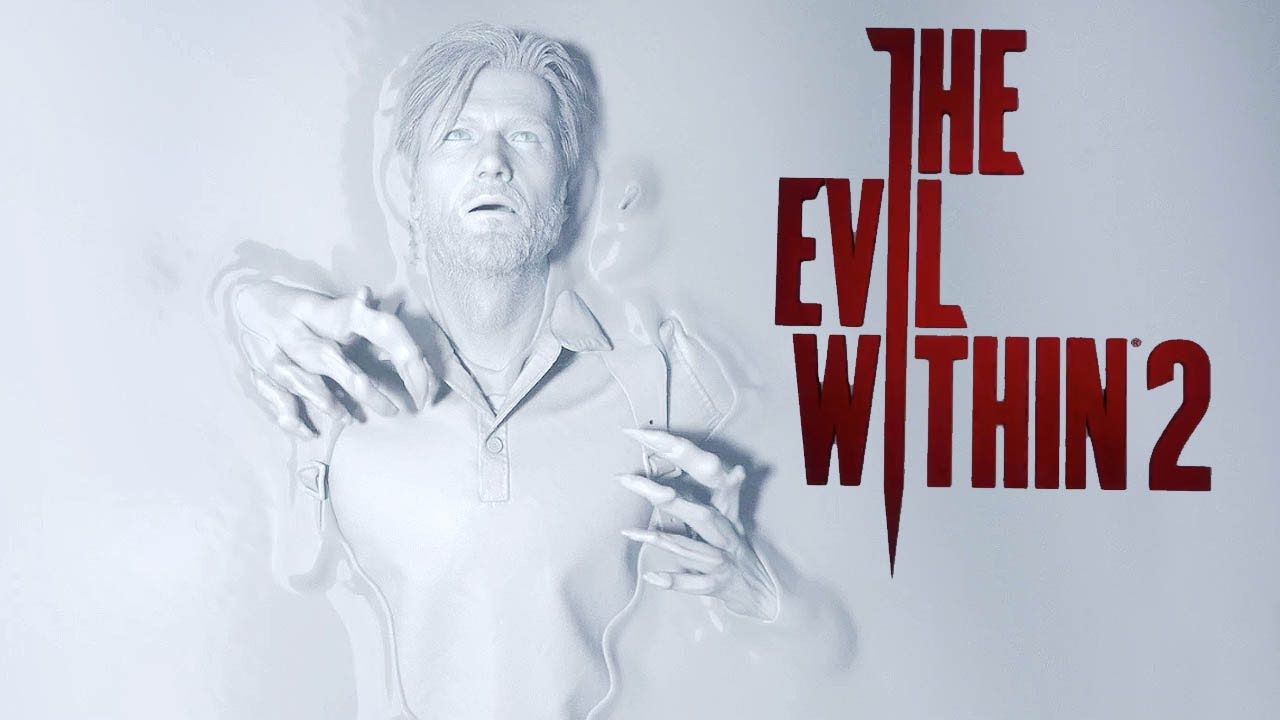 The game is a direct sequel to the original The Evil Within, and although knowledge of the original game is recommended, it appears the game will also appeal to newcomers because it deals more with a story that stretches back well before the first game. The developers have laid out a story that centers around the main character, Sebastian and his young daughter. His daughter, Lily died in fire and he left his wife shortly after the accident.  The loss of his family did not stopped Sebastian from moving ahead in life as he ended up getting drawn into a plot by the evil corporation Mobius. Mobius was also to blame for the events of the first The Evil Within. It has now been three years since his investigation into a series of grisly murders that bought him to Beacon Mental Hospital, where he found himself trapped in a deranged nightmare world created inside the mind of a killer.

The last three years have not been kind to Sebastian, according to the development team. No one believed the story he told about what happened at the Beacon Mental Hospital or how Mobius was at the center and a facilitator to what the serial killer wanted to do to with his victims. His life is in a mess, he’s lost his job and he continues to spiral downward.

When we pick up the action in The Evil Within 2, Sebastian has finally found what could be the light at the end of the tunnel. Juli Kidman, another character from the original game has popped back up and claims to have evidence that Lily is actually still alive. Sebastian’s daughter is reportedly being used by Mobius in order to build another STEM world which will be just as strange and sinister as the one we saw in the original game. This time around, Sebastian at least has an idea about what he is walking into and what he might face. He doesn’t care that he almost died the first time around. He has a chance to save the daughter he thought he had lost and that’s driving him to once again go into this horror filled world. 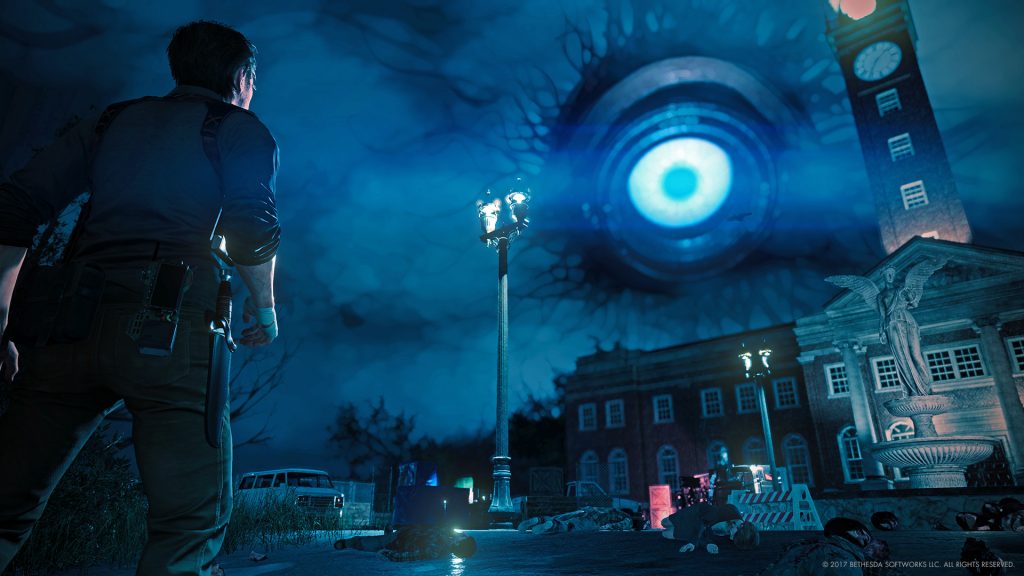 The player will find themself in a town called Union. This is a city that has been built by Lily’s mind (which the core of the STEM world has managed to construct). While the gameplay will be similar to what players saw in The Evil Within, the game will feature more open ended world with less linear missions that will allow for players to explore a bit more.  The developers have said they want to make sure the player is able to explore this new world “at their leisure” though they have also cautioned that despite being open in nature, it is a survival horror game at its roots.

And just like the original, resources, especially ammo are going to be scarce. The game will have the same elements when it comes to deciding how a player wants to try and get through the story. There is the ability to sneak and use stealth at every turn, avoiding conflict whenever possible. If players would rather come out guns blazing, they’ll be able to do that as well. The one drawback to that in most of the cases, is that you won’t have enough bullets to take down every enemy you come across.

Sebastian will have one big and important new tool in the form of a communicator device. This device will allow the players to have intermittent communications with the world outside Lily’s mind. The communicator device also functions as the machine that will allow players to get around Union. The device will show you where you can find “resonance points” which will lead you to resources, weapons, and ammo that you are going to need in order to survive. You will also get some side missions through this device.  Because Sebastian is a detective, there will also be some missions that will require the player to do a bit of detective work. 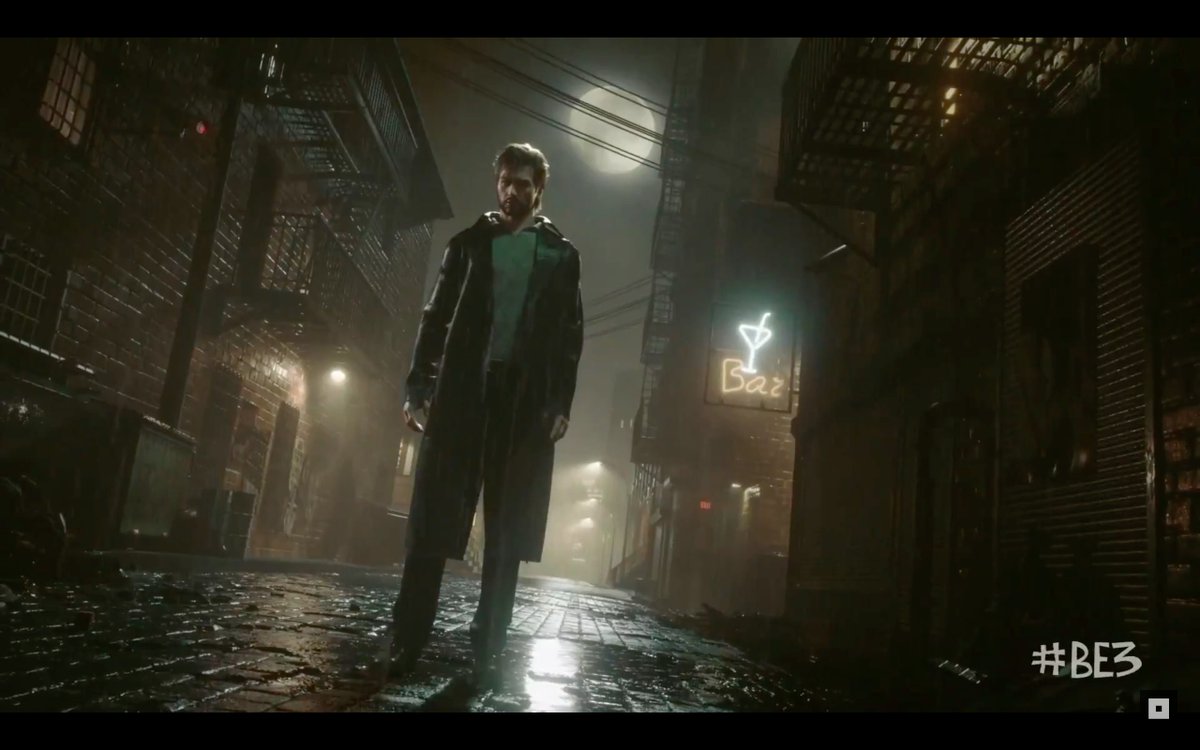 Sebastian returns to the The Evil Within 2 as the main protagonist. He will enter the STEM world that is created by his daughter Lily who makes a few appearances in the world. There is also Nicole Kidman who makes a appearance in this game after being a side character in the first game (although she is playable in the game’s DLC). Stefano, a photographer and Theodore, are also confirmed to be the part of the cast. There are also numerous creatures, bosses, and evil characters that will be a part of the game as NPCs.

Tagged With: bethesda softworks, pc, ps4, Tango Gameworks, the evil within 2, Xbox One