The Falconeer accompanied the Xbox Series X/S’ launch last November, delivering a solid flight and aerial combat experience across both active generations of the ecosystem- and made even more impressive by the fact that it was made by a single person. Now, creator Tomas Sala is expanding the game to other platforms, and with The Falconeer: Warrior Edition, players on PlayStation and the Switch will have the opportunity to dive into the game as well. Ahead of its upcoming launch, we recently had the chance to ask Sala about the port’s development, his future plans for The Falconeer, and more. You can read the interview below. 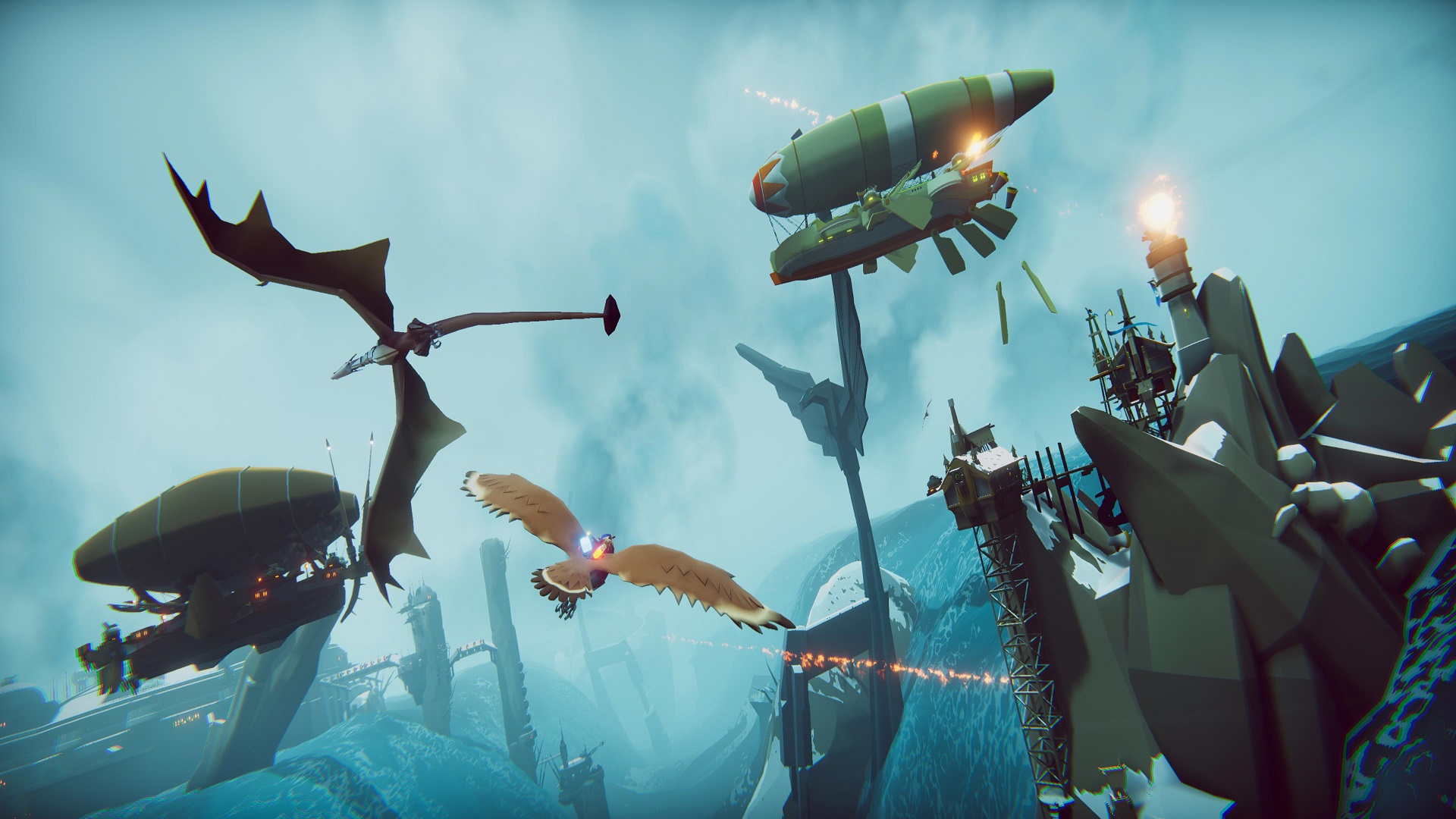 "It’s always been the plan to get The Falconeer to as many players as possible."

Was it always the plan to bring the game to more platforms, or was that something that came about based on reception from players?

It’s always been the plan to get The Falconeer to as many players as possible. I think that’s the goal for any artist or game developer regardless of their allegiances or prior engagements. In this case Microsoft supported the game at an early stage but it was always understood that this was a timed exclusivity situation. But that meant all focus was on Xbox from an early period. That said everything about The Falconeer technically was set up to be multiplatform from the start. I even have Switch builds that predate the first Xbox builds.  As a developer nowadays you cannot afford to think of only one platform, so Switch and PlayStation have been at the back of my mind and luckily the last year I’ve been able to bring that to the forefront in development.

What frame rate and resolution is the game targeting on the Switch in docked and undocked modes?

The target is 60fps in both modes. And the following isn’t set in stone yet, while final work and testing is done, that’s important to note. The setup I use to achieve that is to split GUI and 3D world into separate renders. The GUI, which is 3D itself (no textures are used in The Falconeer, and that goes for the GUI as well) is rendered at native resolution (so 1080p docked and 720 handheld). And then the 3D world can be rendered at a much lower resolution while the GUI remains readable and crisp, with a decent anti-aliasing solution thrown in. I believe that docked the 3D world is 720p, and handheld 450p. Which gets up sampled and anti-aliased. For me a 60fps target is more important than resolution at all times, and this combination seems to hold up well so far.

Given the vastly different specs on offer in the Switch-PS5 range, which The Falconeer is now of course targeting, how much of a challenge has it been to get the game ported to all of those systems while ensuring that it’s properly optimized across all of them?

Sometimes it seems there’s more development after release than before, for this game. But actually, a staggered release is quite good for development, as optimizations can continue and be added to an ever-improving version of the game. In that sense the Switch and PlayStation versions are already fairly optimized by virtue of the massive amounts of feedback and post release support. That said, the art style I use of course helps, I don’t use any texture, I love smooth gradients and sharp edges and I challenge myself to work within that rigid limitation, which means I often replace things simply done with textures by using maths to generate an effect. In certain aspects it’s very old school, focusing on the minimal amount of geometry I deem artistically sufficient to describe a scene, creature or location, and then throwing a ton of fancy maths-based effects at it to make that look the best it can.

And that approach can be heavy in places, but quite optimized in other places, so lots of optimization is figuring out what works smoothly and what is too heavy. The core lighting and atmospheric calculations (which does some heavy lifting in The Falconeer) is universal across all platforms. But things like real time shadows, Ambient occlusion and reflections can have a huge hit on a platform like Switch. One of the nifty parts (at least I think so) of the latest trailer, is that me and Benedict (the composer and also co-trailer editor) managed to make 2 trailers from separate footage. And you can just check out how the PS5 version compares to the Switch version of things. In some places it’s close, in other places you can clearly see the sacrifices. I kinda dig that both still look really good regardless. 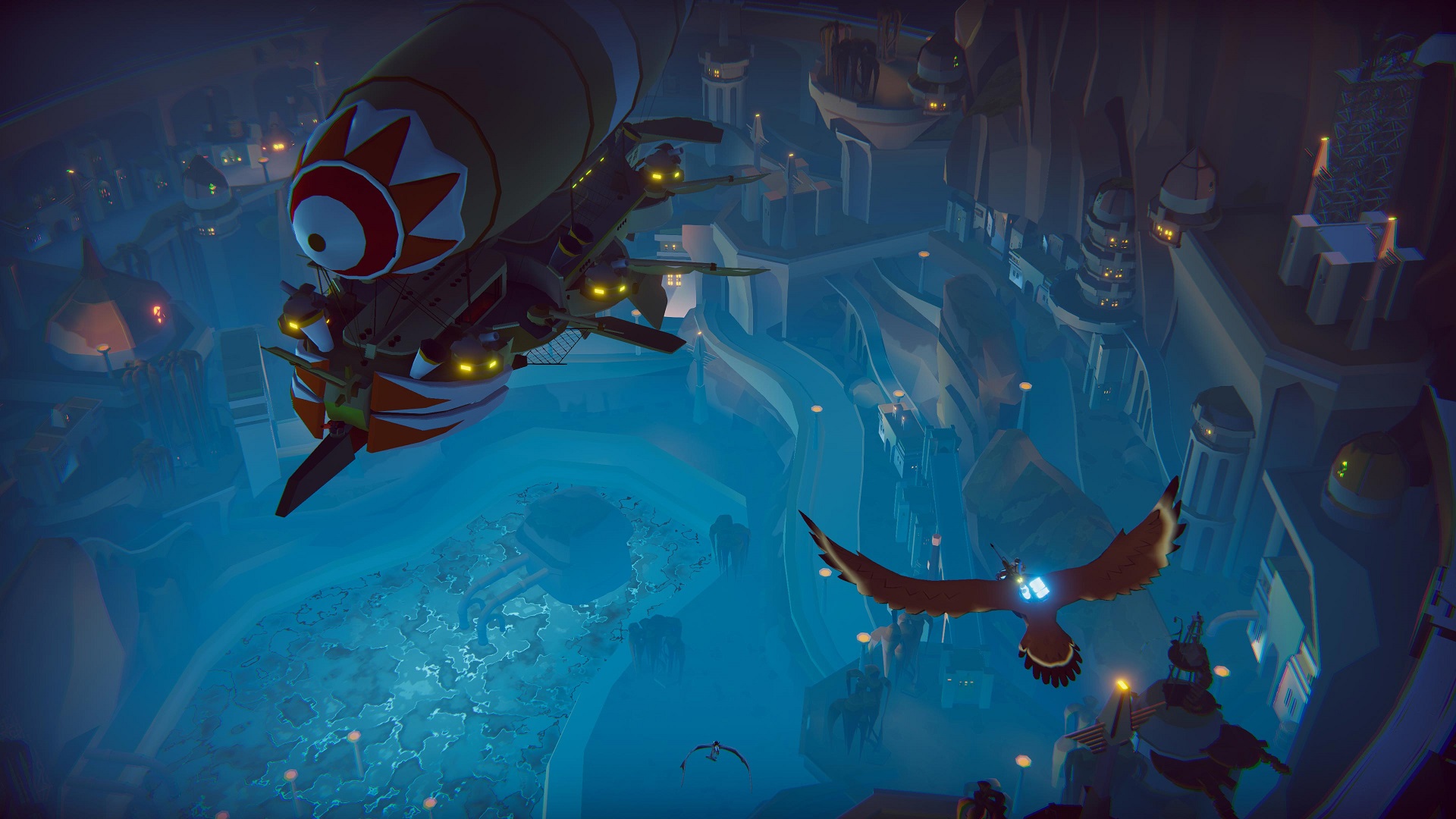 "The world of the Ursee isn’t something I’m done with."

What sort of features can players expect from The Falconeer on PS5 as far as its implementation of DualSense features is concerned?

Well there are a number of guns, and the early game guns all have the same template (shoot many bullets straight ahead), but later on there’s charge-weapons, chain lightning type weapons and other variations, and each of those has its own feel. I think the implementation isn’t super heavy, it’s meant to support the feeling of firing heavy weapons, not hitting the limits and ceilings of the DualSense.

Beyond Edge of the World, do you have plans to keep adding to The Falconeer with more content or updates, or are you looking to move to new projects after that?

That is a hard question, let me say above all that the world of the Ursee, isn’t something I’m done with. And I think hearing of all the people that just want to explore and have a more zen experience (it’s there now, but it’s in between al the frenetic air combat bits, giant crabs, stargates, sea monsters and other bits), well that makes me think about a more friendly sailing experience. Being a captain of a fast clipper in this world, just sailing along, possibly in a more peaceful or prosperous time. I also have some really cool ideas on a sequel. I actually don’t plan out ahead that much, first see how this huge new audience feels about the game, be there to support it, and then when things calm down, some idea or another will present itself.

I think the Series S is a really great bit of kit, I’ve said so before; it packs a good punch. And it looks capable of doing everything its big brother does, just less of it. And with some simple math one can see the jump from 1080p to 2160p is one of at least a factor of 4. So would a series S be able to take a big AAA mid generation title and run it at 1080p or 1440p, I’d say that is highly likely. From my experience, Microsoft has put its money where its mouth is and delivered that promise in the Series S. And I suspect many households will see it as a great alternative for a kids room console, with a SXS on the big living room TV. Coupled with Game Pass and all the cross generational stuff Microsoft is doing, you can see how solid a strategy that is. Well at least from our perspective at the beginning of this console cycle. 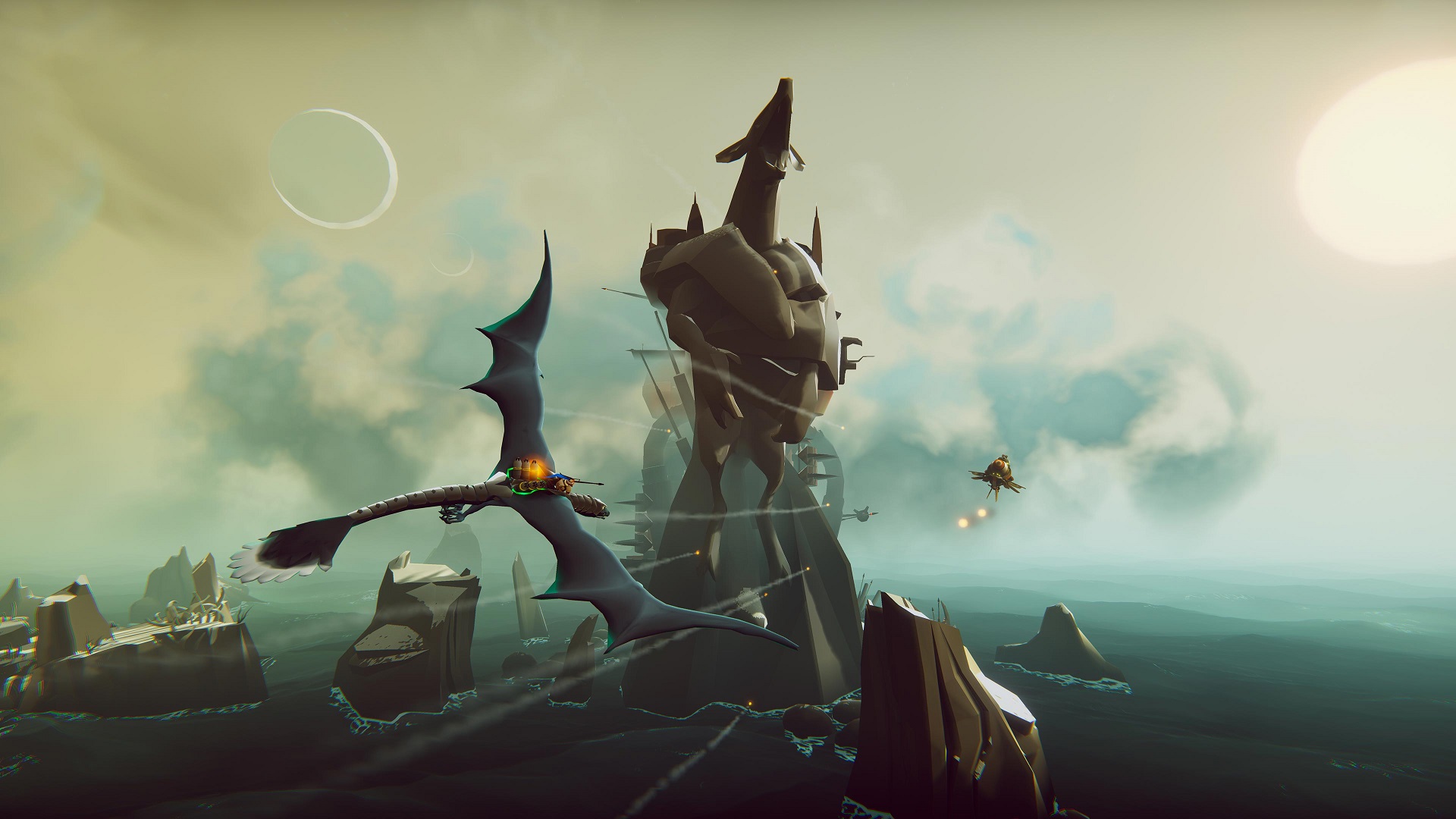 "I think the Series S is a really great bit of kit, I’ve said so before; it packs a good punch."

It’s a tough one, and I think lots of gamers would love to see a single answer, some sort of template of what next-gen is. But clearly each developer will have artistic and technical reasons for say going for 4k60 or 30fps or doing 1800p60 with new tech to upscale. It is really about what works per game, and developers will have another option with Super Resolution. I think a fair number will decide to use it, so they can spend that GPU power on pushing the graphical envelope forward to its breaking limit. Some might use and still decide to hit 30 fps or sub 4k, just to enable worlds that push nearly generational limits. I think all of this makes this generation of consoles really quite exciting.

In general, on the comparisons between hardware this generation, I think it is about removing limits for developers and artists to create. I’m one guy at the intersection of generations making an open world air combat game, there’s studios with 20 people doing mind bogglingly beautiful open world games or recreating entire galaxies. For me the hardware and tech becomes less and less relevant, the limits are being removed, the walls broken down, that’s what’s important. And you can see how different platforms are fostering different kinds of creativity and such a huge variety of scales, and heck that’s exciting.

What framerate and resolution does the game target on PS5 and PS4?