After having firmly established themselves as developers of excellent games with multiple SteamWorld titles, Image and Form and Thunderful are moving on to bigger and bolder things. The recently announced The Gunk is their first 3D title ever, and though we haven’t seen much of it, already it’s promising to deliver some exciting things. We recently reached out to the developers to learn more about The Gunk and what fans can expect from it when it launches next year. You can read our interview with game director Ulf Hartelius below. 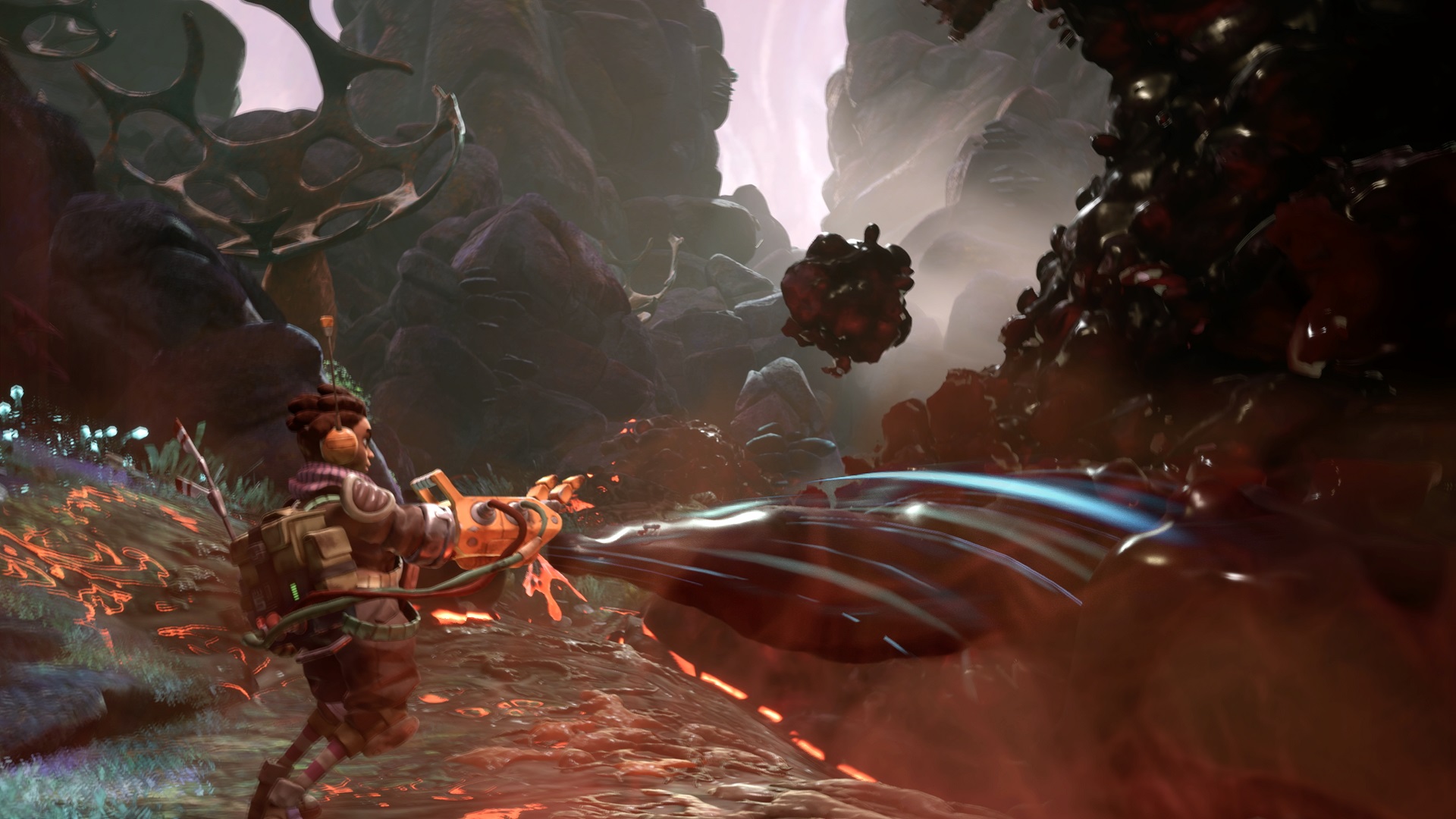 "We’ll be focusing on making use of the new Xbox Series X, but of course the Xbox One is super important for us as well."

We’ve learnt a lot through the years that still holds true, but as you say it’s the most different for the artists. But even with the 3D and the new style, I think keen-eyed players can still recognize the unique feel of Tobias Nilsson (art director of most of the SteamWorld games).

Speaking of that visual difference, what led to the decision to take the jump into full 3D after having seen so much success with the 2D look of SteamWorld?

For the kind of themes and experience we’ve set out to do with The Gunk, it was much better suited to both 3D and a non-SteamWorld setting.

Can you talk about what taking such a leap meant in terms of the groundwork you had to do before getting to work on the game? For instance, how much work did that entail in terms of setting up an engine for The Gunk?

Both lots and very little. Since we’re using Unreal Engine we’re getting a lot of things straight from it, but then we’ve also added some development features into it that were fundamental parts for our in-house engine that we’ve been making the SteamWorld games with. There’s also an enormous amount of work involved in getting the actual gunk looking and behaving like we want.

In the blog post on Xbox Wire following the game’s announcement, it was stated that with The Gunk, you wanted to take full advantage of the hardware available to you. Given the game’s cross-gen nature, has that proven to be a complication?

We’ll be focusing on making use of the new Xbox Series X, but of course the Xbox One is super important for us as well. As an example, when we made SteamWorld Dig 2 we focused on the then-new Nintendo Switch, but still made sure to get the 3DS version running at a smooth 60 fps and keeping as much of the visual bells and whistles as possible. 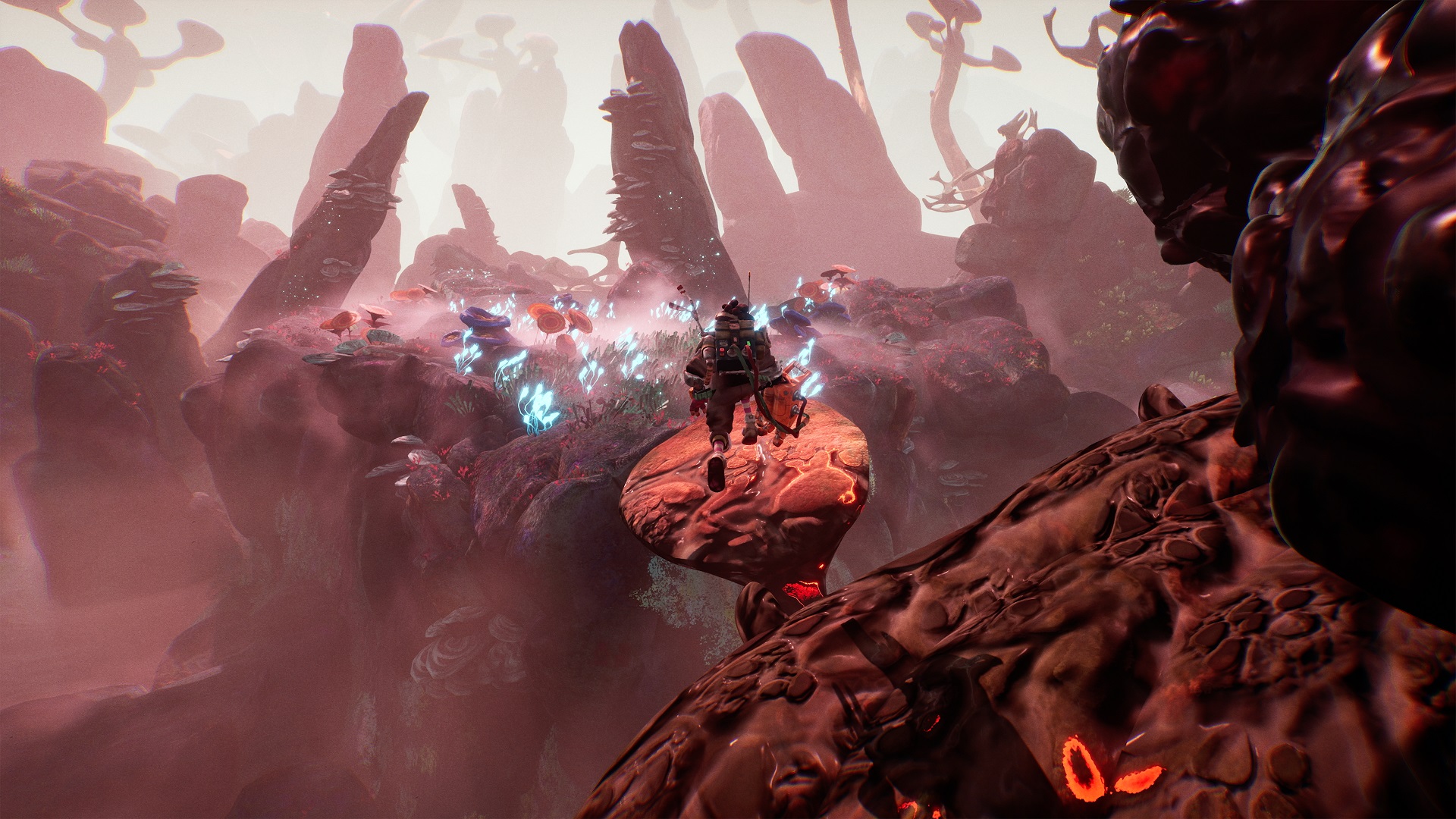 "We’re doing a lot of work to make this world you’ll be exploring really feel like something you haven’t seen before. This is a world with a history, but we’ll be focusing more on what’s happening now than what has happened in its past."

How much of a focus will The Gunk put on its setting and the mysteries of its past?

We’re doing a lot of work to make this world you’ll be exploring really feel like something you haven’t seen before. This is a world with a history, but we’ll be focusing more on what’s happening now than what has happened in its past.

Given its setting, The Gunk seems like the kind of game that would really benefit from environmental variety and variety in enemy designs. Is that something that players can look forward to?

Yes, we’re definitely aiming for a lush and varied environment. As for enemies, while the game does have some amount of combat it’s not really centered around it.

Can you talk to us about the two central characters, and how much the relationship between the two plays into the game’s story?

They’re scouting the outer perimeters of known space for lucrative planets and what they find, and how they deal with that, is going to be a big part of the game.

Roughly how long will an average playthrough of The Gunk be?

For players who go pretty straight through it, I think it’ll take around 8 hours. But there will be plenty more content apart from that core experience, as it’s a game that encourages exploration.

Why did you decide to launch as an Xbox console exclusive?

Since making this game is such a big step for us we knew we wanted to find a strong partner and Microsoft had been excited about it since our earliest conversations. But to clarify, it will be available from day 1 on Windows 10 and Xbox One, in addition to Xbox Series X.

Do you have any plans to eventually bring the game to PlayStation or Switch? 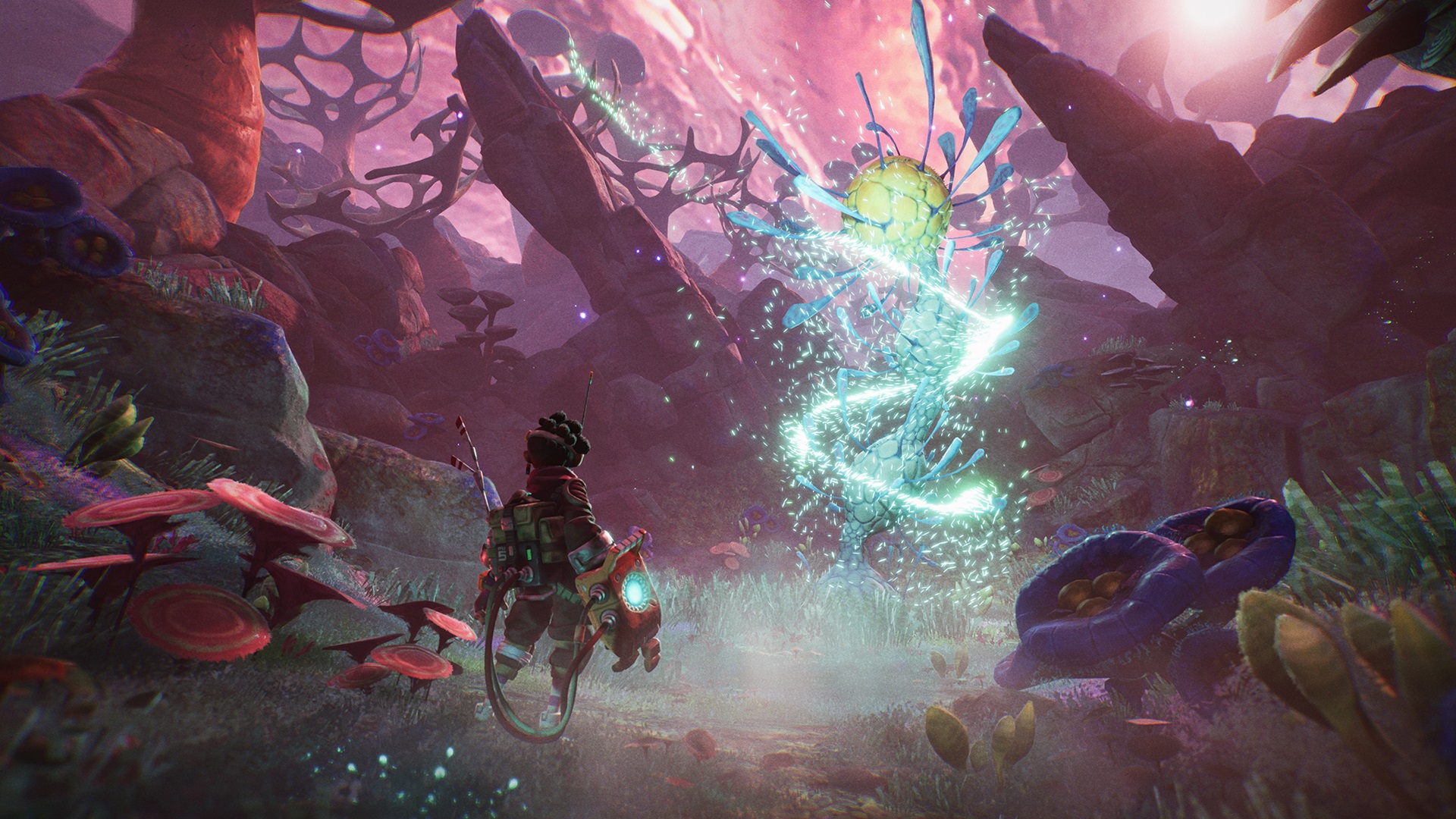 "Since making this game is such a big step for us we knew we wanted to find a strong partner and Microsoft had been excited about it since our earliest conversations."

As a Xbox console exclusive, how can players expect the game to leverage the Xbox Series X’s unique capabilities?

The Gunk itself is using an advanced rendering technique that should benefit a lot from the added power of the Series X. It will also be a lot easier to get the game world as lush and vibrant as we’re aiming for.

The Xbox Series X’s Velocity architecture has been one of its biggest talking points- how has it impacted the game and the way you have designed the game?

That’s definitely one of the most exciting things with the next-gen consoles for us as developers, and something that I think players will really come to appreciate once they’ve experienced it.

What resolution and frame rate are you targeting on Xbox Series X? Furthermore, will the game have multiple graphical modes?

We haven’t established much definitively yet, aside from absolutely having at least 60 frames per second on Series X. A high and solid frame rate has always been a staple for us and that holds true going forward as well.

What it all comes down to for me, is that I really want to make a game where it’s exciting to explore!