The Incredible Adventures of Van Helsing III has struck a curious note with me. It’s part of a series that I’ve enjoyed since it first appeared on the scene close to two years ago with The Incredible Adventures of Van Helsing on PC and Xbox 360. But despite that, I come away from it feeling a little let down, not because the game is bad, but because it falls short of what could have been something spectacular.

Since then, the game has had two sequels, one of which is the subject of this review. The reason I bring this up is that the sequels, whilst being perfectly functional and enjoyable games, do little to actually innovate and improve upon the formula in play. Where you to look past the world’s setting, the colorful cast of characters found therein and the witty banter amongst all involved, you would find a somewhat basic and in many places, unintuitive adventure role playing game. 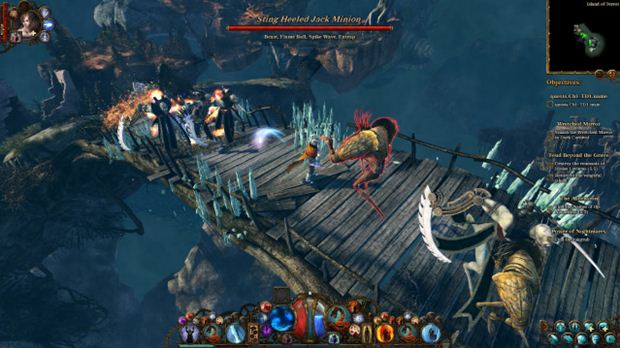 "The problem here is that whilst they are six distinct character classes, there is no need for it."

In my preview of the game, which you can find here, I spoke about how the character limits on the preview build forced me into playing the Elementalist, a build that was much more to my liking than the melee orientated Protector. In the final build of the game, players have access to six different classes. The Protector, The Elementalist, The Bounter Hunter, The Constructor, The Phlogistoneer and The Umbralist.

The problem here is that whilst they are six distinct character classes, there is no need for it.

The Elementalist, The Bounter Hunter, The Constructor and even The Phlogistoneer are all different takes on ranged gameplay for the most part. Dealing damage at a distance and then falling back when the enemy gets too close, before repeating the process, ad infinitum. This is an inherent flaw in their design, typically the action adventure genre sticks to a smaller cast, and for good reason too. There’s a melee class, a ranged class and a mage class, this covers the three main needs of a party. The Phlogistoneer can at least stand toe to toe with opponents thanks to an interesting shielding ability, but he still falls back primarily on projectile attacks.

The Umbralist and The Protector both fill the melee slot with ease. Where The Protector wades through a sea of sundered enemy bodies, sword swinging and powers firing, The Umbralist does the same, but with the addition of character buffs and AoE attacks that will cloak the player and freeze the enemy. The Umbralist adds an air of the occult to the game with impressive magical powers. 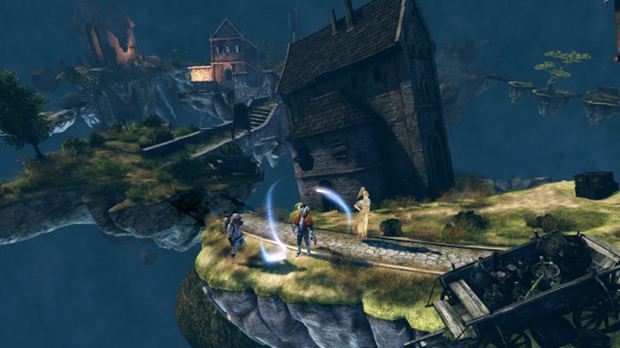 "Repetitious characters aside, I stand by what I’ve said about the game's visuals. It positively drips atmosphere and every corner of the game has been intricately designed based on the characteristics of the local inhabitants."

So when you get right down to the heart of things, you really only have a ranged unit and a melee unit to choose from. The only real difference being how their attacks look and function. Had Neocore Games simply went with a smaller roster of better developed characters, things would have definitely been better.

Repetitious characters aside, I stand by what I’ve said about the game’s visuals. It positively drips atmosphere and every corner of the game has been intricately designed based on the characteristics of the local inhabitants. From the stagnant fogged forests to the smokey cobbled pathways of the Dreadworks, each and every corner has been given a touch of the realistic with some added fantasy. Attention to detail is key, and Neocore went over this game with a fine tooth comb.

A problem with the game, is that it kind of just drops the player into the world and lets them run amok. Little direction is given and thus, the learning curve may be a bit difficult for some to overcome. Eventually, you’re going to level up, and this is the first hurdle. The menu screens are a nightmare. Not only do they fill the screen with all manner of tiny and ultimately superfluous details that could have been much better presented, but they are divided into pages, with tabs inside them. 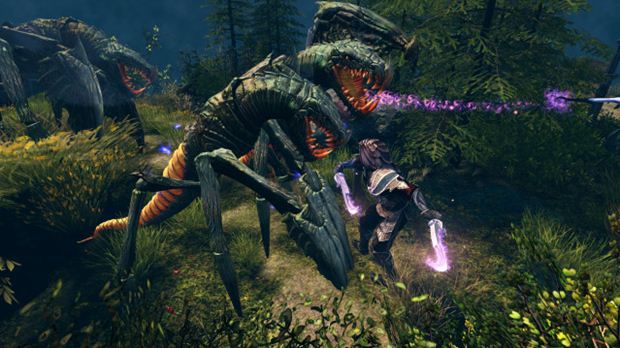 "All told, this is a competent action adventure video game that I would recommend to any fans of the genre. Yes, character types could have been much better handled, and this lack of quality over quantity sadly hamstrings the game's overall impression."

One would expect that you can level up your attributes, powers and abilities on one page, but this is not the case. Van Helsing and Katarina, your constant companion, both level up independent of each other. Rifling through pages and tabs to level up both Van Helsing and Katarina is nothing short of infuriating, especially when you’re not given a dedicated interface for each. A system in the style of Torchlight would have been more suitable, with each character being given an all encompassing, color coordinated page to handle everything.

Beyond this, everything else performs admirably. The overall performance is stable and in my own tests, the game scales well across different hardware, something that is becoming less and less common in the modern gaming space.

Controls are fine, though not exceptional, a controller will serve you far better than a mouse and keyboard. Visuals are sharp and crisp with a number of world assets being widely distributed so you’re not going to tire of seeing repeated environments. What’s more, the soundscape is brilliant, with witty banter being exchanged back and forth at regular enough intervals to keep it fresh. NPC voice-overs can still be a bit poor on places though.

All told, this is a competent action adventure video game that I would recommend to any fans of the genre. Yes, character types could have been much better handled, and this lack of quality over quantity sadly hamstrings the game’s overall impression.

A beautiful world richly decorated with fitting visuals and sounds. The cast of characters keep things interesting and the diverse array of foes will always give you something new to look at and battle.

A poorly executed cast of playable characters that feel too similar and do little to impress. Their basic copy/paste gameplay patterns can make the game feel tedious in places. Some dodgy VO in places too.

A more than competent game with its share of flaws. The Incredible Adventures of Van Helsing III comes as a recommendation for any and all that enjoy the action adventure genre of video games. A beautifully created and realized world filled with interesting locations and enemies.

A copy of this game was provided by developer/publisher for review purposes. Click here to know more about our Reviews Policy.
Tagged With: Neocore games, pc, The Incredible Adventures of Van Helsing III