Naughty Dog has long been the undisputed masters of Sony hardware, and the post-apocalyptic magnum-opus that was The Last of Us games has remained a technical masterpiece. That was true when the first game released back in 2013. It seems that we have now come full circle once again after so many years, as the developer is returning to its roots once again with a full-fledged remake of the first game rebuilt from the ground up for the PS5.

As you can easily gauge from a brief look at the two versions of The Last of Us, the PS5 version looks a lot darker than the PS4 remaster when it comes to the choice of colours. The Last of Us Remastered doesn’t shy away from using macabre colours like brown and grey but that is balanced out with the abundant use of green for the overgrowing foliage in the environments. The PS5 version ends up being really conservative with its colour palette, and the colours are a lot more muted which makes the environments feel drab, dreary, and more hostile than before. Of course, this is an artistic change that’s not reflective of the game being downgraded in any sense.

Putting The Last of Us Remastered and The Last of Us Part 1’s environments side by side, we can see that most of the level geometry and props are the same – but the actual assets have been re-built with higher quality textures which results in a more cleaned up look than the original. That said, because the geometry of the levels have remained the same – they can still end up feeling a bit unpolished and crude at times with some rough edges sticking out from places. It might not be immediately notiscale, but it’s a difference that one can notice when pitting the games side-by-side.

Then there are the character models, which have gotten a significant facelift in the PS5 version when compared to the PS4 remaster. The character models now boast markedly more detail than the original counterpart, which also has a downside in that some characters now look a lot older than before. Joel now has more visible wrinkles in his face, and the same can be said about Tess. On the flipside though, Bill seems a lot younger in this new rendition. Ellie’s character model has also been updated to retain similarity with the original. Poly-counts for these character models are incredibly high with highly detailed facial hair and skin meshes, and they all look spectacular in this new format.

The Last of Us Remastered uses a mixture of precalculated ambient lighting data along with sparse use of directional lights and shadows for most of its environmental lighting. The remake also seems to be utilizing the same lighting techniques, and the quality of lighting is in line with what one can expect from a modern game – complete with the additional cinematic lights that serve the purpose of adding more depth and definition to the character models during cutscenes. That said though, the cinematic lights in the remake seem to be softer in nature. 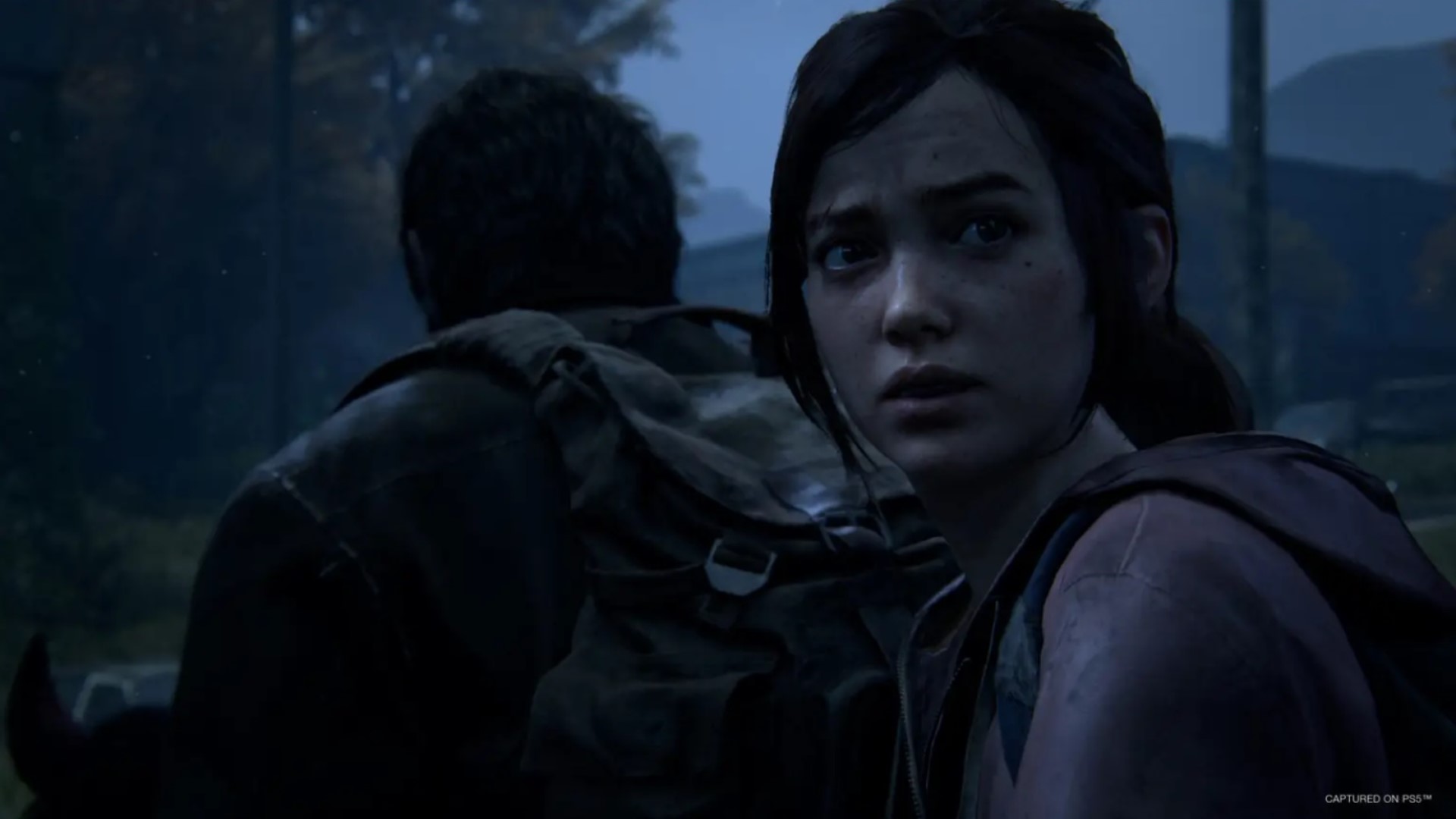 There are some more improvements with respect to lighting and reflections as well. Surfaces such as roads and the sides of buildings now reflect nearby environmental light sources like police sirens and rising flames with varying intensities depending on their reflective properties, which culminates in a more realistic feel when compared to the Remastered release. There’s no evidence of ray-tracing in reflections and shadow maps, but because the game’s environment’s lighting doesn’t dynamically change all that much – the lack of ray-tracing doesn’t really have any impact on the end result and the game still looks great nevertheless.

Particle effects have also seen a massive improvement with the remake, with a lot more alpha particles per explosion. The flames also look far more realistic than the original, and the volumetric smoke that surrounds the flames is also thick and diffuses light from its surroundings.

As for anti-aliasing, The Last of Us Remastered used Naughty Dog’s signature TAA implementation that worked to great effect in smoothing out the image quality without showing visible signs of artifacts during gameplay. Unsurprisingly, the developer has stuck to its roots for the remake and seems to have used the same TAA implementation along with the natural improvements that the Naughty Dog engine has seen over the course of almost a decade. That said, the game does looks sharper which is most likely a result of the higher base resolution on which the TAA pass is performed.

Briefly touching upon the animations, the cinematics animation data in The Last of Us Part 1 seem to be a one-to-one replica of that in The Last of Us Remastered, albeit with an added element of camera shakes. Character movement in cutscenes is the same, which isn’t a surprise since no motion captures were redone for this project. But there are major improvements in the facial animations which add more emotional weight. On the gameplay front, we now get the spectacular motion-matching technique which makes for seamless animations that blend well into one another. This improvement is more pronounced in sections featuring Ellie, though you can also spot some differences with the way how Joel now goes about things as well.

On that note, we should also talk about the performance. The Last of Us Part 1 is an interesting candidate from Naughty Dog because it’s the developer’s first release from the ground up in many years to have launched with support for 60fps gameplay. The game features two graphical modes – a Fidelity mode and a Graphics mode. The Fidelity Mode bumps the image resolution to 4K and locks the frame-rate to 30fps while Performance Mode knocks down the resolution to dynamic 4K and bumps the frame rate over to 60fps. 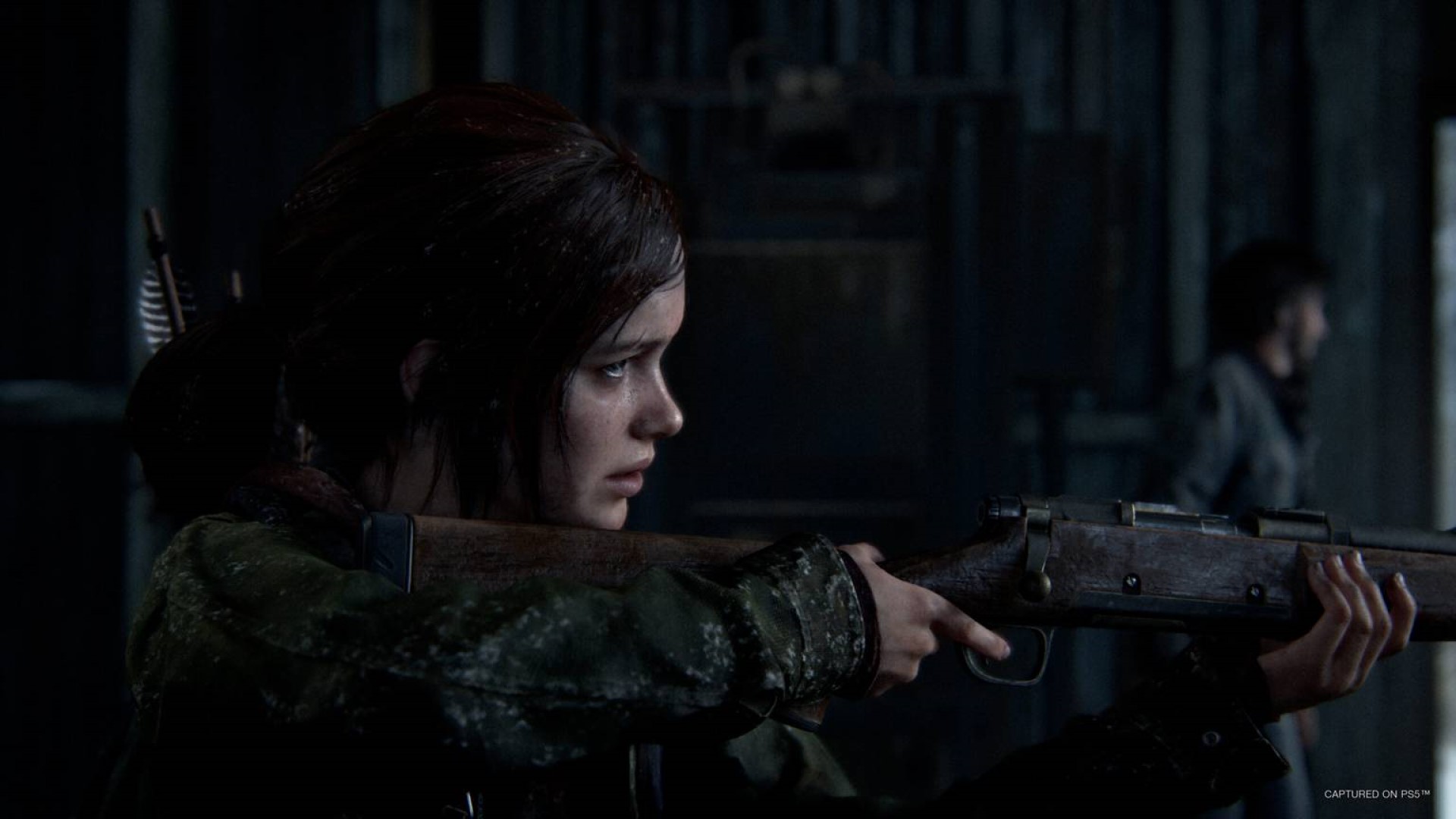 In addition to this, you can also adjust a couple of sliders such as motion blur, camera shake intensity, and film grain to get a better personalised experience for your playthrough. It’s all basic stuff, but appreciable nevertheless. The game performs well for the most part in both modes, which shouldn’t come as a surprise considering that the PS5 is much more powerful than the PS4 and the improvements featured in the remake are iterative rather than radical.

In conclusion, The Last of Us Part 1 is a faithful remake of the original – and the many improvements on the visual and gameplay front have been done in an effort to make the game fall in line with current gen standards.