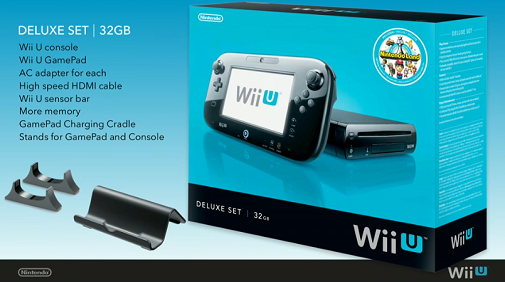 It was an explosion of Wii U gaming related news this week with Nintendo finally unveiling the pricing and other details like the released date for the system for each region. The Wii U will come out on November 18 in the US, November 30 in the EU, and December 8 in Japan.

It’s a bit weird that the Japan region gets the system last considering Japanese companies always released their products in their home region first.

We have covered everything for your convenience and you can check them out here. We have trailers, launch line-up and a bunch of other things that is beneficial if you are going to buy the system later this year.

Wii U: Michael Pachter predicts that the system will sell out for months.

Some may call it the kiss of death, but Michael Pachter can get some things right, sometimes. He tweeted as series of predictions where he said that Wii U will sell out a few months. He was initially in shock after Nintendo announced the $300 price point for the system.

Xbox 720, PS4 Graphics Could Get Close To Avatar’s Quality

“Where the graphics quality bar will end up is unclear, but I am confident that the lighting itself could get close to Avatar quality. Then the question moves onto other aspects of content creation. Is that level of modeling detail feasible, and will the animation, physics, and AI all be equally plausible. And finally, will the game be any good!,” Dr. Chris Doran the co-founder of Geomerics, a company responsible for middleware engine Enlighten, in an interview with Gamedev.net.

That’s all for this week but make sure to check out our Wii U coverage.