At this point we expect PlayStation 4 and Nintendo Switch to do well around the world. PlayStation and Nintendo are global brands, and thanks to extremely strong first party support, as well as a storied legacy, both brands come with a bit of a cachet built in for success. In contrast, Xbox has so far failed to get a similar amount of global traction—the one difference is in the United States, where the console has traditionally been strongest. But even in the US, this generation, the Xbox has routinely trailed behind PS4 and Switch. Strong performance seems to be relative.

So when we get NPD results with PS4 and Switch in the lead, and Xbox in dead last, which happened in the month of November, at first glance it seems like business as usual. Yes, Xbox trailed behind the other two consoles, like it has for all its life. What else is news?

But last month’s NPD results were a bit special in this regard. The Xbox One was still dead last, behind the Switch and PS4, so on surface, there’s not much more to consider here from that perspective. But last month’s results were actually record breaking for one reason—all three consoles managed to sell over 1 million units for the month, something that has never happened before (previously, we have had three systems sell over a million in a month, but one of them was a handheld. To be precise, all three consoles sold over 1.3 million units.

PS4 and Switch selling that well in a month during Holiday season is something you expect. They are naturally strong products, commercially speaking, and they both had exciting Holiday propositions, with Sony riding the launch of Spider-Man, a game based on the most popular superhero in the world, and exclusive to their platform; and Nintendo riding the one two whammy of Pokemon Let’s Go, and in November the still upcoming Super Smash Bros. Ultimate. Of course the two consoles sold well.

But what about Xbox One? While Xbox had aggressive discounts and bundles, as is par for the course for the brand now every Holiday shopping season, there was no major new mass market level exclusive for them to push console sales. Yes, we had Forza Horizon 4 launch back in September, and it was great. But it’s the third Forza Horizon game on Xbox One, and the sixth Forza game on the console overall. And Forza, even Forza Horizon, great though it is, is decidedly not mass market, at least not next to something like Spider-Man and Pokemon.

What’s more, unlike 2016 and 2017, when there was new hardware to propel sales—Xbox One S and Xbox One X respectively—there was nothing of the sort here. So the million plus units of sales for Xbox One were truly a surprise. A pleasant surprise, to be clear—it was great to see the console do well (along with the other two). With all three consoles doing so well, it was a clear indication that the United States gaming market is healthy, and trucking along well.

But for Microsoft, specifically, it is also good news. You see, the fact that the Xbox One managed to sell as well as it has without any major new game or hardware launch to push it, in the face of such fierce competition, indicates a lingering loyalty and legacy for the Xbox brand, at least in the United States. It indicates that consumers there recognize the Xbox brand, and are absolutely fine with gravitating to it, even without any immediate impetus to do so. That is the kind of loyalty Nintendo and PlayStation enjoy, where customers are willing to pick their systems up, leading to consistent sales around the world. It’s why even absolutely undesirable products such as the Wii U or the PlayStation Vita manage to sell whatever they can manage, even when there are zero compelling reasons to actually buy them—because customers trust the consoles to give them something they might enjoy. 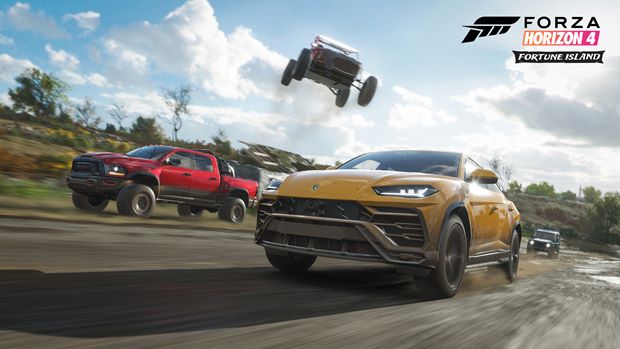 Xbox enjoying that kind of loyalty in the United States at the very least is good news, because it means there is life in the Xbox brand yet. The Xbox brand has taken a batterring through this generation, thanks mostly to missteps and ill conceived moves made earlier in the Xbox One’s life. Phil Spencer and his team have spent the better part of their tenure trying to right the ship, and rehabilitate the Xbox’s image as a brand and as a console family. They’ve invested heavily in differentiating services, introduced new, powerful and easy to develop for, gaming focused hardware, and expanded their portfolio of first party studios to have better and more consistent first party exclusive games.

But most of these steps have come either too late to help the Xbox One, or too early to help it (such as the studios Microsoft has bought—in the future, they will help Xbox a lot, but by the time they start churning out games, the Xbox One will be made obsolete by whatever its successor ends up being). In other words, Microsoft and Xbox have been rebuilding mode for a while now.

You could expect Xbox to do better next generation as a result of all these moves—I certainly do. I don’t know if I expect Xbox to go toe to toe with PlayStation or Nintendo, but I expect a far better performance from it than we got from the Xbox One. But you also expect the Xbox One, in the here and now, to not really benefit much from any of this.

Which means these high sales for the Xbox One are a surprise of the best kind: they show Microsoft the brand has value and lingering loyalty, and there are people who will go to the Xbox in the future, once they have a compelling offering. The Xbox One X is it, but it comes too late in the generation to counter PlayStation and Nintendo’s inertia and momentum. But the next generation will be a reset, and as long as Microsoft gets it right from the get go this time, it will do better. Their in built brand legacy, at least in the US, gives them sure footing to start building up, if nothing else.