The Legend of Dragoon Needs to Make a Comeback

A classic JRPG that deserves another chance to make it big.

The PlayStation 1 was known for many things. It had timeless platforming mascots with Crash and Spyro, tons of shooters, and it even served as the incubator for the survival horror genre as we know it today. The PS1 had even more than that going on though. One of the biggest niches the system was able to carve out for itself was a healthy selection of Japanese-style role playing games. These JRPGs would rarely exceed the popularity of the PlayStation’s bigger titles, but a few games like Final Fantasy 7 would, and that would spark more and more interest in the genre as a whole, which would of course lead to more sales and more games.

The Legend of Dragoon was one of those games. It was a game that surely didn’t eclipse the Final Fantasy series in terms of sales or critical reception, but it still managed to cultivate a sizable fanbase with its excellent take on the JRPG format. The Legend of Dragoon didn’t go too far outside of the box conceptually, but it was rewarded for its tight execution and somewhat more realistic story than most other JRPGs of the time. The game was praised for its artistic elements like lush backgrounds and detailed character models, and even given compliments for some of it’s more inscrutable battle system elements. The reward went far beyond just positive critical reception though, as the game would sell astoundingly well in both the US and Japan, which was extremely rare for a JRPG of any type at the time. So, given all of that, what happened? Why did this game launch to such success and then just kind of cease to become anything else? What the hell happened to The Legend of Dragoon, and where is the sequel?

Nowadays it’s not a secret that The Legend of Dragoon is a bona fide classic. This isn’t for no reason, either. It was a game that combined interesting characters, some reasonably deep story threads, and a handful of fun twists on the JRPG format. For instance, the time-based attacks. Hitting the right button at the exact right moment can keep a combo going and increase the damage you deal, while messing it up can have the opposite effect. Once you mastered the attacks, you would soon notice your SP going up. Once you use that to become a dragoon battles would intensify significantly as you were now far more powerful and had access to new attacks in this form. The dragoons themselves could also be leveled up, and once you mastered that, achieving special attacks once all three of your characters’ dragoons were all leveled up was yet another layer to achieve and master.

This combat system was made all the more intricate with the standard elements and status effects that you would see in typical JRPGs. Between battles, the game had lots of towns and dungeons to explore. These areas are perhaps one of Dragoon’s most underrated features, as they are so intricately designed and brimming with personality and intrigue at every turn. Some of the pre-rendered backgrounds would even have motion like glistening water or blowing wind or scrolling layers. These effects were subtle but also made the worlds that they represented feel so much more alive. Again, it might not blow your socks off by today’s standards but at the time, there really weren’t very many games nailing it like The Legend of Dragoon was.

All of this of course is what makes its complete lack of a follow-up all the more puzzling. The Legend of Dragoon was made in-house at Japan Studio by many of the people who are still around in PlayStation today, albeit now in much higher management focused roles. A sequel has not been made but that’s apparently not for a lack of trying. Shuhei Yoshida has actually gone out of his way to admit that a Legend of Dragoon sequel was in pre-production fairly shortly after the original one came out in a PlayStation Blog, although he had left Japan studio and thusly wasn’t entirely privy to all of the details surrounding its cancellation, he does confirm that it did exist at one time in some form. So why the cancellation? Well, there could be a ton of reasons. 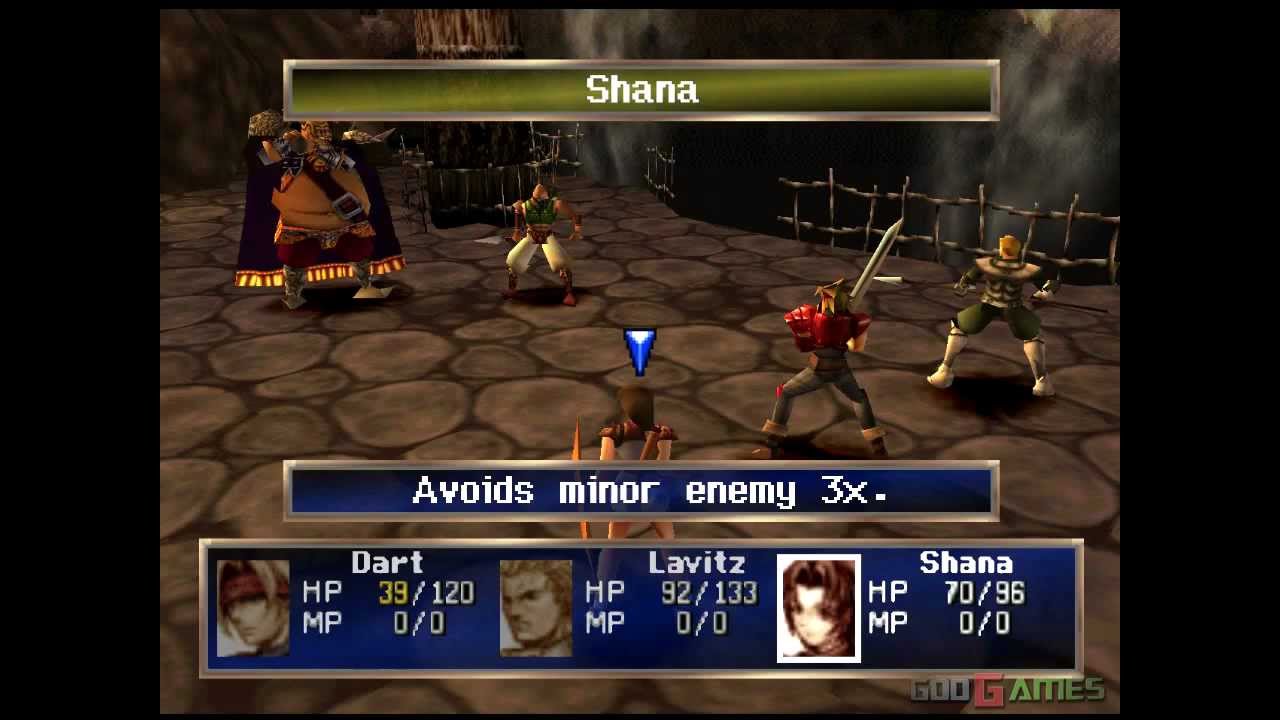 Video game developer like Japan Studio rarely sat on their laurels, so there is plenty of reason to believe that they just got interested in the new handful of projects that they had planned, including titles for the upcoming and hotly anticipated PlayStation 2. Also, given that Yoshida left the studio to head up other departments within PlayStation, perhaps it just didn’t feel right moving on with the series without him being present. Or, given that Final Fantasy had dominated the market with 7, 8, and 9, by the end of the PS1’s life, it’s entirely possible that they felt out-gunned by the folks over at Squaresoft who seemed to be locking up a bigger and bigger chunk of the market with each Final Fantasy release. As much as I understand that last one, I really hope that’s not it though, as I feel like that would have been a huge misread of the market. JRPG fans often owned everything they could get. Even if it took them some time, they would have gotten around to The Legend of Dragoon 2.

That said, outside of a standalone soundtrack released in 2000 and a very brief manga series later on that same year, Legend of Dragoon would stay as it was. A video game franchise that was left behind all too soon, and became shockingly obscure to those outside of its cult following despite how great its one game was. Sony would get a clue as to how popular the IP was when the game was released on the digital storefront of the PlayStation 3. To this day, it’s one of the better-selling games they ever did that with. And that’s saying a lot given that Resident Evil, Crash Bandicoot, and Metal Gear Solid are also on that same storefront. But alas, after all this time the fact that we haven’t gotten a sequel is sort of its own omen as to whether or not we ever will. As is so often the case in situations like this, the longer we go without a sequel to The Legend of Dragoon, the less likely it is that we will ever get one. As demand and popularity continues to slide for the game, and the JRPG genre continues to grow and change without it, there is less and less of a reason for anyone to pick it up and dust it off with a brand-new game. But I’ve certainly been wrong before, so at the end of the day, only time will tell.