Running short on Treasures to upgrade your weapons, equipment and items with? Here are some tips on where to find and farm them. 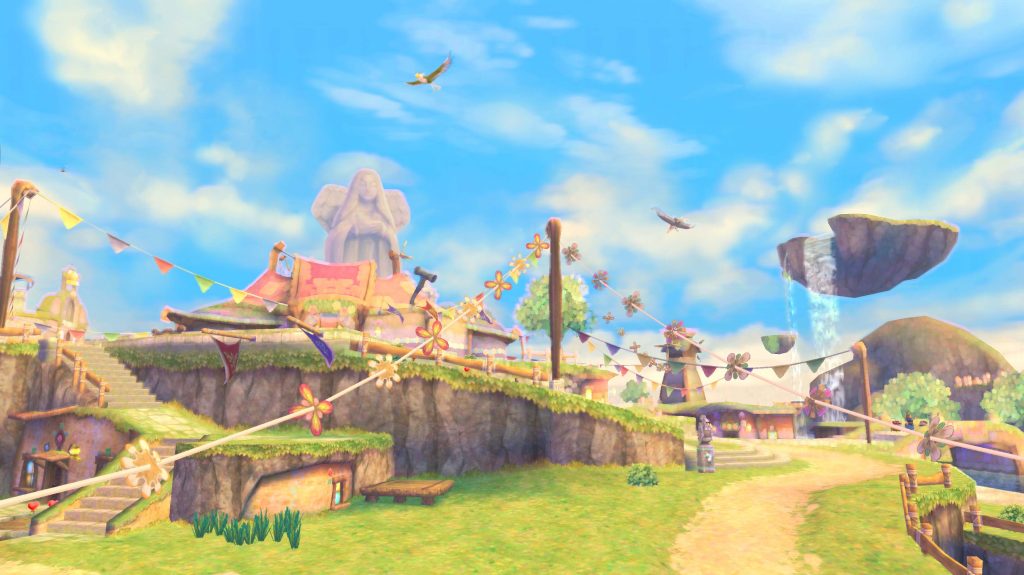 We’ve already covered all of the different upgrades that can be obtained in The Legend of Zelda: Skyward Sword HD, whether it’s for weapons and shields or potions and equipment. But how do you go about collecting some of these Treasures? What are the most ideal places?

First, let’s look at Ancient Flowers. These can be found mostly in Lanayru Desert by hitting Timeshift Stones. You can find one by going to the Bird Statue in the South and traveling further south until you find the stone. Hit it and climb the vines to reach the Ancient Flower. You can also head to the caves in the southern region and use bombs in the quicksand passage. This will activate a Timeshift Zone and allows for reaching the Ancient Flower in the quicksand pool in the South (and which can be farmed).

Finally, when outside of the Temple of Time, look for a TimeShift Stone on a spire – hit it and two Ancient Flowers will appear, which can be obtained with the Beetle.

Next are Monster Claws. Along with earning them from mini-games and treasure chests, they also drop from Keese (and sometimes from Gossip Stones when interacting with them). Keese can be found in a number of locations including Skyview Temple, Eldin Volcano, Lanayru Desert, Earth Temple and Faron Woods. For an easy farming route, head to Skyview Temple and venture through the halls, eliminating any Keese along the way en route to the Bird Statue. Once you reach it, teleport outside and repeat the process.

Tumbleweeds are another Treasure used for upgrading items but they don’t drop from enemies, chests, stones, etc. Instead, you need to head to the Southern part of Lanayru Desert. Look for three small circles on the map – Tumbleweeds tend to drift back and forth in this section. Take out the Bug Net to collect them but be quick. Hitting walls makes them disappear.

Bird Feathers can be found by capturing Chirris in Faron Woods. You’ll need the Bug Net to capture them so pick that up beforehand. You can also obtain Blue Bird Feathers from Blue Chirris in Faron Woods, though these are somewhat rarer. Other places they can be found include Treasure Chests, from the Moonlight Merchant, the Pumpkin Pull mini-game in Skyloft, and the Clean Cut mini-game on Bamboo Island.

Evil Crystals are perhaps the rarest Treasure in terms of drop rate – they can be obtained from Cursed Bokoblins, Dark Keese and Dark Lizalfos. You can also sometimes obtain them from Gossip Stones when using the Goddess Harp and from Treasure Chests. The Clean Cut mini-game on Bamboo Island also provides it as a prize if you have over 20 slices.