The Mass Effect Andromeda Trailer You Don’t Want To Watch

Not the trailer you were looking for. 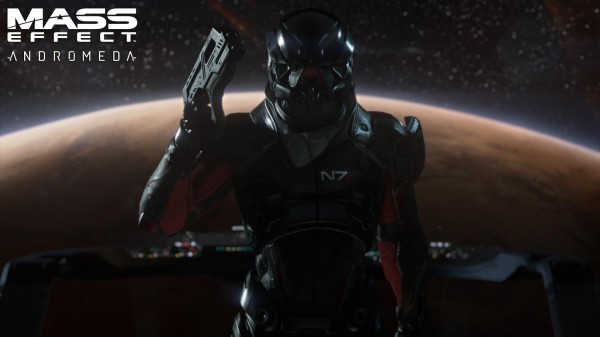 Millions of gamers and fans worldwide are anxiously awaiting the launch of Mass Effect: Andromeda, the fourth entry in Bioware’s science fiction space saga. As of right now, beyond some leaks of older builds, and some very vague facts, we don’t know much about Andromeda– as a matter of fact, there has been exactly no gameplay footage for the game officially released yet.

Given this, you would think these fans would ravenously consume any and all new media on Andromeda that came their way- and you know what, maybe they will. But I would put money on betting that this new trailer for Mass Effect Andromeda is not what any fan had in mind. Essentially, EA and Bioware are partnering with California’s Great America Amusement Park to deliver what they term “an authentic experience” based on the game. The ride will be coming to the park this Spring, and will allegedly be a 4D experience, delivering footage on a massive 3D LED screen, enhanced by environmental effects.

This- is probably not the kind of new Andromeda media you wanted. The question now is- will you still suck it up and try the ride, hoping to glean any new bit of information on the game? The sensible answer would be no, but one should never underestimate the loyalty and terrifying devotion of most Mass Effect fans.