The Japanese game industry is in trouble. Pretty deep trouble. The console market in Japan has been constantly declining for over a decade now, and it stands at a far more diminished stature now than it was at its peak- the Wii and the PS3 were a step down from the PS2 era, but they still managed to post respectable enough numbers; but this generation, so far, the PS4 and the Wii U put together have not been able to do as well in Japan as the PS3 alone did the previous generation.

The natural argument to make here is that the PS4 may end up outperforming the PS3 by the end (outperforming the Wii seems to be more of a stretch here), but that automatically raises the follow up question: how? On what basis will the PS4 actually sell more than the PS3 or the Wii? Major game support for consoles from Japanese publishers is at an all time low, and the few high profile console games that have launched on the PS4 so far this generation have all underperformed (notably, Metal Gear Solid 5 did far worse on the PS4 than Metal Gear Solid 4 did on the PS3 not too long ago).

Major Japanese games support, instead, seems to have migrated in large part either to handhelds, or to mobiles, or it has stuck to supporting the PS3- and even a lot of the Japanese games that the PS4 is getting are actually hand-me-downs from handhelds or the PS3. Take Tales of Zestiria, or the upcoming Tales of Berseria. Take Ys 8. Take Dragon Quest XI. Take Toukiden. Take Star Ocean 5 or Persona 5. Take DanganRonpa 3. Take practically all of Koei Tecmo’s lineup for the PS4. Just about every major game on the PS4 that isn’t by Square happens to be on the PS4 simply because it was convenient to put it on there alongside the Vita or the 3DS or the PS3- and even then, the PS4 versions aren’t performing as well as similar games did on the PS3.

"So far, the PS4 and the Wii U put together have not been able to do as well in Japan as the PS3 alone did the previous generation."

So, to loop this back to what the original thesis was: the PS4 isn’t selling all that well in Japan. There is no major planned support for the PS4, outside of Square Enix and maybe Capcom, that could push the PS4’s sales. Existing games don’t do as well on PS4, and are anyway available on other platforms more popular, such as PS Vita, PS3, or 3DS. And most major game support in Japan seems to have fled consoles to handhelds and mobiles anyway. This, put together with the Wii U’s dismal performance in Japan, means that the home console market is dying in the country- and with it is dying the industry for high end Japanese games.

It’s a shame, really- not so long ago, Japan led the global industry for console games. In a little over a decade, the Japanese game industry for high end games is a shell of its former self. So what happened here? Unfortunately, it seems as though this trend was largely unavoidable- Japan’s demographics, with their low birth rates, in conjunction with the logistics of the country and its population – a busy and hectic lifestyle, with little free time at home, as well as constant mobility, mostly via a very well entrenched public transport system – means that there is no place for console gaming in most people’s lives there anymore. Short of a full reboot of the country’s population, and their lifestyles, nothing can change this- as more and more people get older and get jobs, and they have little free time at home, they will all be largely on the move, and the only time they will get to play some games will be on the train or the bus. And that is why handheld and mobile games have continued to thrive in the country to the extent that they have even as console gaming has slumped.

No console can change this. As mentioned above, the factors determining the decline of game consoles in the region have more to do with just games- they are deep rooted, social reasons, which caused the Japanese to look elsewhere from consoles for their gaming needs, and which in turn contributed to the kind of mass exodus of games and publishers (and sales!) from gaming consoles that was noted above.

Last year, I expressed a hope that the PS4’s domination would be the rescue for the Japanese gaming industry, but one year on, that hope has proven to be futile. The PS4’s sales have actually picked up in the country since, although they are still dismally low, as noted above; but major games such as Metal Gear Solid 5 and Touikden have come and gone (and not done as well as their predecessors on PS3 and PS Vita) in the intervening period. Meanwhile, major games support for the PS4 hasn’t gotten any better since, either. 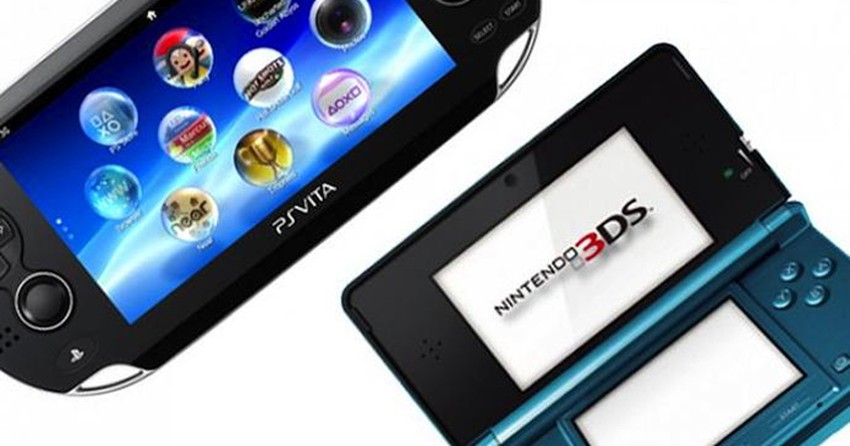 "Handheld and mobile games have continued to thrive in the country even as console gaming has slumped."

It is now clear that even a product as ultimately appealing as the PS4 cannot reverse demographic restrictions placed on the success of a traditional home console in Japan. The country needs something more, a radical and dramatic shakeup of the traditional home console concept that will somehow reconcile their needs with the limitations of a home console. Essentially, since mobility is ubiquitous in Japan, and time spent at home has a premium placed on it, nothing short of a console that literally becomes portable will do. Nintendo tried tackling this concept to a limited degree (and to very limited success) with the Wii U, but it was too rudimentary to actually work.

Enter the NX. Earlier this week, rumors leaked about Nintendo’s enigmatic new machine, the NX, and exactly what it wold entail, and it sounds like a rather intriguing and exciting prospect. The NX is that Nintendo unicorn- a fusion of their home console and handheld platforms, the fabled Nintendo hybrid that people have long been waiting for. It is a powerful handheld that you can take with you on the go, playing games on it, and then, when you get home, dock it, and continue playing those same games on the TV. It is a very powerful console, but not such a powerful console (it is at the very least more powerful than the Wii U, but whether it is less, more, or as powerful as the Xbox One remains unclear right now). It is basically like an untethered, inverse Wii U- you get to play your games on a portable anywhere in the world, and when you get home, you can play them on the TV, on the big screen.

The relative benefits of this approach have been discussed elsewhere, and at great length – a consolidation of Nintendo’s output, the ability to play something like Pokemon on your TV, or Zelda on your handheld, is one, for instance – and will not be discussed further here. What I did want to call attention to, however, is how this device seems to be tailor-made to solve the problem the Japanese market faces- it is a mobile home console. In one fell swoop, it is the answer to Japan’s question with no solution.

"Since mobility is ubiquitous in Japan, and time spent at home has a premium placed on it, nothing short of a console that literally becomes portable will do."

This is extremely evident in two ways. One is if you consider just how good Japanese third party support for handhelds has been, even as support for consoles has fallen- the 3DS has boasted of some very high profile games from Japanese third parties, from Monster Hunter 4 Ultimate to Yokai Watch, from Dragon Quest 11 to Shin Megami Tensei IV Apocalypse, from Zero Escape to Ace Attorney, from Kingdom Hearts to Metal Gear, from Final Fantasy to Sonic, and more. The Vita, meanwhile, has gathered even more third party support, with mid tier to low tier Japanese third parties flocking to it, putting out incredible games such as Toukiden, Steins;Gate, DanganRonpa, Dynasty Warriors, Digimon, Ys, Persona, and more. Where third party support on consoles has largely dried up, outside of some high end games that simply wouldn’t work on a non stationary platform – things like Dark Souls and Metal Gear Solid, mostly – handhelds have continued to thrive, and have soaked up the bulk of the third party support that used to be reserved for consoles.

There is also the simple fact that Japanese third party publishers as a whole appear to be very enthusiastic of the NX, with most major ones having pledged support for it at this point. This is because the NX, which at worst is a bit weaker than the Xbox One, gives the Japanese publishers who wish to make ambitious home console games enough power and resources to work with, while also ensuring that they don’t miss out on a large audience that has mostly moved to portables by now. The audience prefers portables by necessity, and the developers prefer consoles by ambition- the NX is the intersection. The NX is the answer.

This may be it, then. The Nintendo NX may in fact be the system that ends up salvaging Japan’s games industry for dedicated hardware. By fusing a console and a handheld, Nintendo are not just playing to their own strengths, they are also targeting a problem that has long since plagued the domestic market for high end games. The end result is likely to be a glut of Japanese third parties on the NX, unlike anything a system has seen since the PS2 era, as the NX consolidates all of Japan’s third party support that goes to consoles and both the handhelds on one system.

"The end result is likely to be a glut of Japanese third parties on the NX, unlike anything a system has seen since the PS2 era, as the NX consolidates all of Japan’s third party support that goes to consoles and both the handhelds on one system."