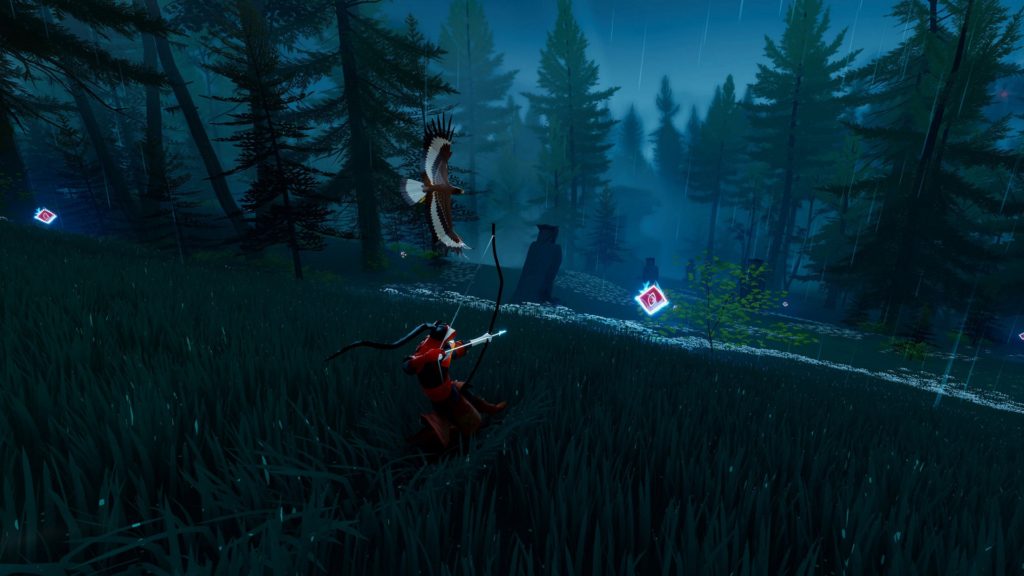 Indie studio Giant Squid launched the gorgeous Journey– and Shadow of the Colossus-inspired action-adventure game The Pathless last November, and was instantly met with widespread praise from critics and audiences alike. The game’s PC version was, at launch exclusive to the Epic Games Store, but that exclusivity period is soon coming to an end.

It’s been confirmed that The Pathless will be releasing for Steam in just a few months, on November 16, a little over a year after its original launch last year. The game can be added to your Steam wishlist now, so go ahead and do that if you’ve been waiting for it to come to Steam before diving.

It definitely is worth diving in, too. In our review of the game last year, we said, “The Pathless knows where its biggest strengths lie, and it constantly leverages those strengths to craft a hypnotic, rhythmic, beautiful, and captivating adventure.” You can read the full review through here.

Currently, The Pathless is available on PS5, PS4, Apple Arcade, and PC via the Epic Games Store.

Excited to announce that The Pathless will be available on Steam coming November 16th 2021! pic.twitter.com/zkul6mp2UG