The Smurfs 2 isn't the best platformer around, but it's a harmless waste of time for the family.

On hearing that there would be a sequel to the reviled though still successful Smurfs CG-animated film that sought to update the franchise for a modern generation (and featured heavy usage of the word “Smurf” as a verb, noun, and adjective, what have you), I immediately sunk into a deep depression. What had the world come to?

The failure of The Smurfs 2 movie thus made me cackle with glee, but then it arrived: The Smurfs 2 video game. The official adaptation (maybe? Sort of?) of the movie and a way for erstwhile parents to cash in on movie’s craze for their kids. Another deep dark abyss to lock away my hatred and regret, filled with bugs and lame gameplay mechanics that would make an ordinary gamer cringe?

But lo and behold, the game isn’t that bad at all. In fact, it’s competently created side-scrolling platformers that can be enjoyed by all ages, despite the fact that it’s derivative and will leave more seasoned players wanting. 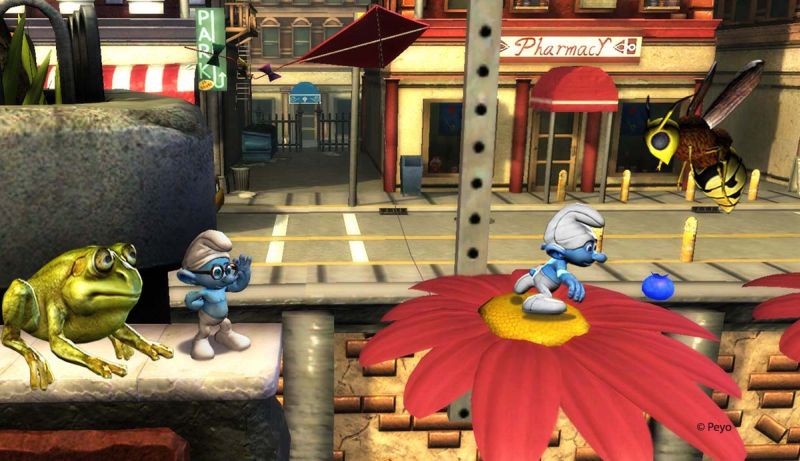 The Smurfs 2 follows the usual set-up, with the evil wizard Gargamel capturing Smurfette and prompting a rescue operation from Papa Smurf. Papa brings along a whole cavalcade of Smurfs each with their own special abilities for the ride and the party makes their way to various world in order to save Smurfette. There is a lot of Smurfing in this game, if you haven’t noticed. Is it as awkward as in the movies, where you have live actors awkwardly interacting with CG-animated Smurfs?

"Not nearly – despite the contexts being phenomenally different – and suffice to say that the Smurfs at least live up to their archetypes. "

Not nearly – despite the contexts being phenomenally different – and suffice to say that the Smurfs at least live up to their archetypes. Smurfette is indeed a girl (and a girly girl at that), Papa Smurf is the leader of the pack, and Gutsy Smurf does indeed have a lot of guts and so on and so forth. On the whole, it feels far more like a typical Smurfs adventure than a blatant attempt to lend contemporary flair to a classic franchise.

In this rescue mission of sorts, the Smurfs must travel to different worlds via various portals. These worlds consist of lava levels, ice levels, and a Paris level. Why? Because it’s the Smurfs and what else can one say to that? You’ll be pushing through these worlds, with five stages in each and facing off against a different boss by the end. You can use different techniques from each individual Smurf to pass through obstacles and unlock secrets. There isn’t much by way of exploration – you’ll be following a linear path more often than not – but you can take along other players to assist in the rescue via co-op. 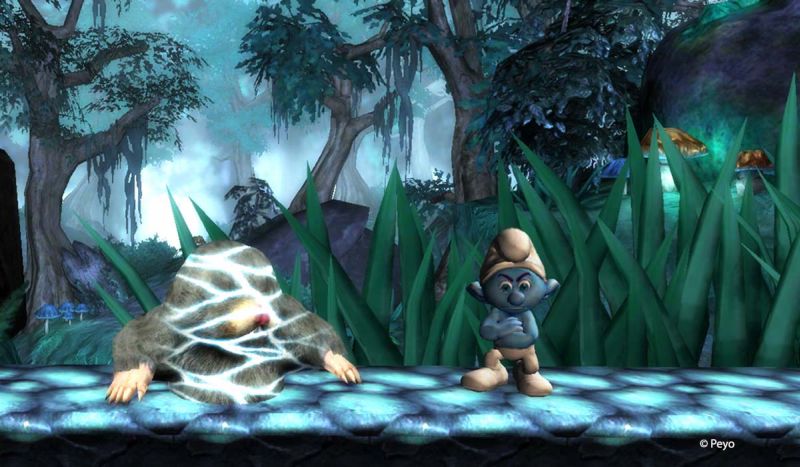 You then begin to wonder by the end of this: It’s all very inoffensive, but still very conservative and safe. You collect Smurf Berries, whose sole function seem to be to simply trigger the classic Smurfs tune and not much else. The problem is that the game is so meaningless, so trite and so straight-forward that there is virtually little to no reward in the rescue. Is The Smurfs 2 buggy or broken? Not as such. Is it hard to just run through the game and simply finish it without any hang-ups? Yes, but you shouldn’t be expecting much more.

"The graphics in The Smurfs 2 are nothing extraordinary, employing the same bright colourful palette that one would expect from a game such as this."

The good news is that developer Way Forward has created a competent game overall, and while something competent may pass muster for something like, say, horror movies, there are plenty of other 2D side-scrollers in the same vein that do so much more and end up being immensely entertaining such as Rayman Legends, for instance.

The graphics in The Smurfs 2 are nothing extraordinary, employing the same bright colourful palette that one would expect from a game such as this. At least the levels look distinct enough at the end of the day, and you won’t have much trouble telling each Smurf apart. The music tends to grate at times, but it fits the tone of the game and at least they got the faithful Smurfs song right (nothing as awful as the “Walk This Way” cover featured in the first film). 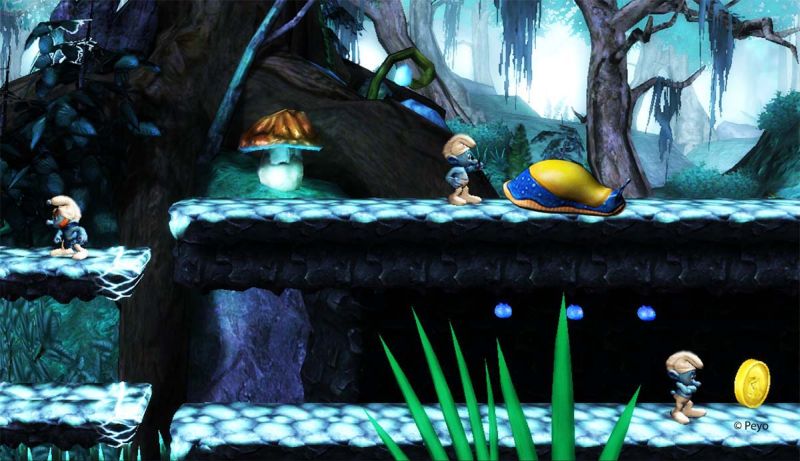 At the end of the day, Way Forward knows its audience will consist of kids who can play alongside their parents. The Smurfs 2 isn’t difficult at all but doesn’t patronize its younger gamers, presenting its fair share of challenges to surpass. Would we recommend it over a Mario game, or even playing co-op with your kid in Grand Theft Auto if you’re one of those more awesome parents? Not in the slightest. It’s nothing to go out of your way to play, but if you do happen to come across it, The Smurfs 2 is a decent if highly forgettable adventure that doesn’t over or under-achieve.

Enjoyable for kids. Co-op is fun at times. Nothing overtly bad about it.

Too simple at times. Nothing very unique. Music can grate at times.

Final Verdict:
FAIR
The Smurfs 2 isn't the best platformer around, but it's a harmless waste of time for the family.
A copy of this game was provided by Developer/Publisher/Distributor/PR Agency for review purposes. Click here to know more about our Reviews Policy.