The Smurfs: Mission Vileaf developers speak with GamingBolt about the colourful platformer.

The Smurfs and good 3D platformers- these are two things that are almost always guaranteed to put a smile on your face, and two things that are brought together in OSome Studio and Microid’s The Smurfs: Mission Vileaf, which launched for PC and consoles last October. Ahead of its launch, to learn more about the game and what makes it tick, we reached out to its developers with a few of our questions about it, learning quite a bit in the process. Below, you can read our interview with Hubert De Buyer (designer), Brice Pinquet (producer), and Mathieu Fremont (CTO). 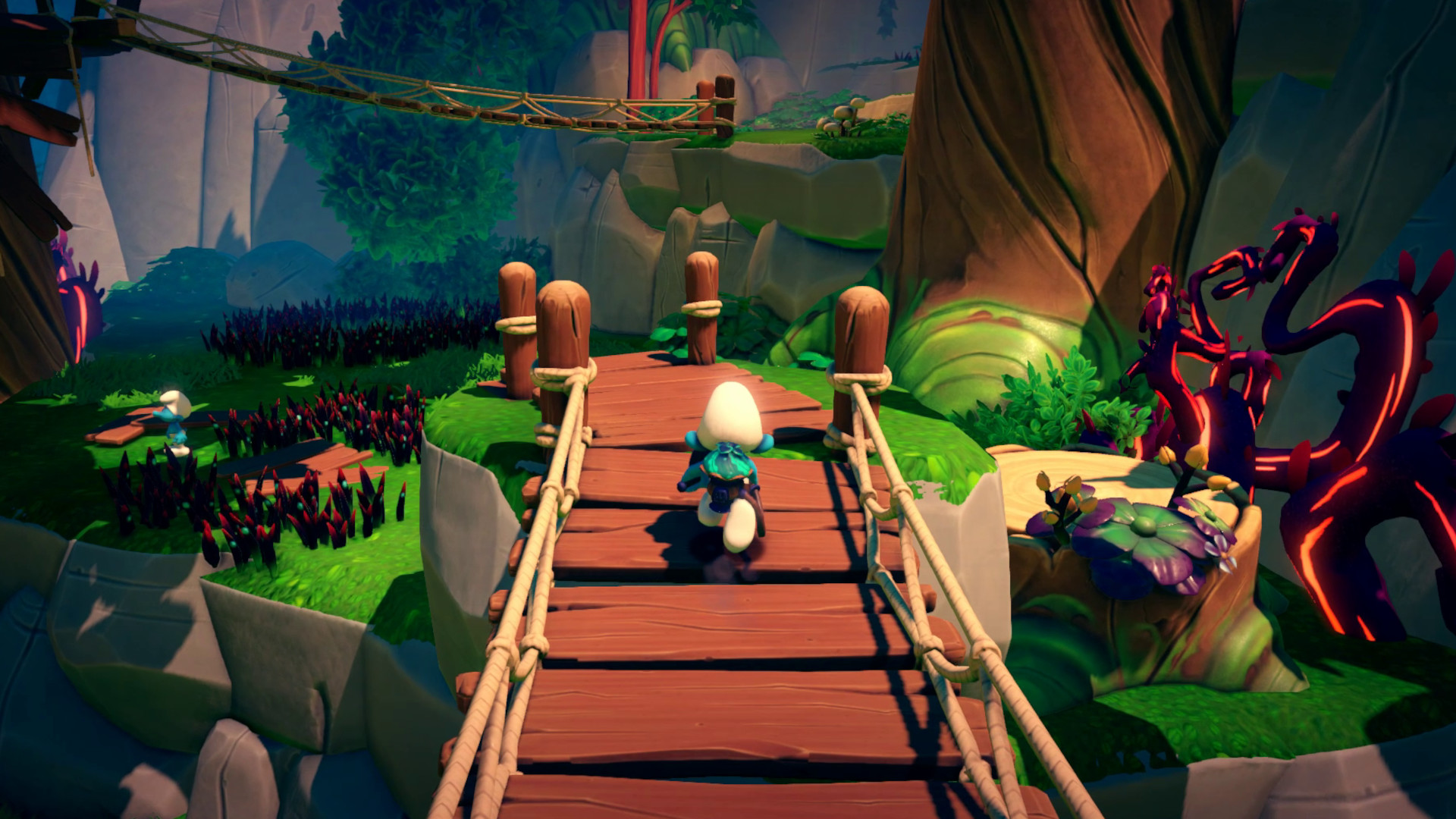 "During your travel you will encounter 5 different biomes that all have specific rules. Our first priority was to respect the scale in each one. Being a Smurf means that everything outside your village is huge."

How will the four playable characters differ from each other in terms of mechanics and abilities?

All the mechanics come from the Smurfizer (a powerful tool created by Smurf handy) which means that each playable character has the same abilities. The change of character is purely for narrative purpose.

How have you tackled the world design in the game, especially with five different locations being available? Has variety been something that you’ve focused on with these locations?

During your travel you will encounter 5 different biomes that all have specific rules. Our first priority was to respect the scale in each one. Being a Smurf means that everything outside your village is huge. Once this rule was set up, we tried to create a unique world space for each level, whether it is from the lighting, the fog, the 3D assets etc. Each level is recognizable and distinct.

How large can players expect the game’s environments to be? Is there much of an emphasis on exploration?

The main target of our game was children and very casual gamers but we did not want to exclude more experienced gamers. The mobility and complexity of the character were directly impacted by this, the same goes for our level design.

Furthermore, the exploration represents around half the time the player will spend in each level. The idea was to create levels that were accessible enough for children to complete, but deep enough for more experienced players to have fun in it.

Platformers tend to live and die by the move set they have on offer for players to utilize, but at the same time, balancing complexity and accessibility is also important. What’s been your approach to this?

Completing the story will unlock all the main mechanics, but we wanted the explorer to be rewarded not only with collectibles but also by upgrading their abilities to move around. Coming back to a level with a new mechanic will give you access to new collectibles. Use them to upgrade your Smurfizer in order to be faster, get to higher grounds, and explore even more. 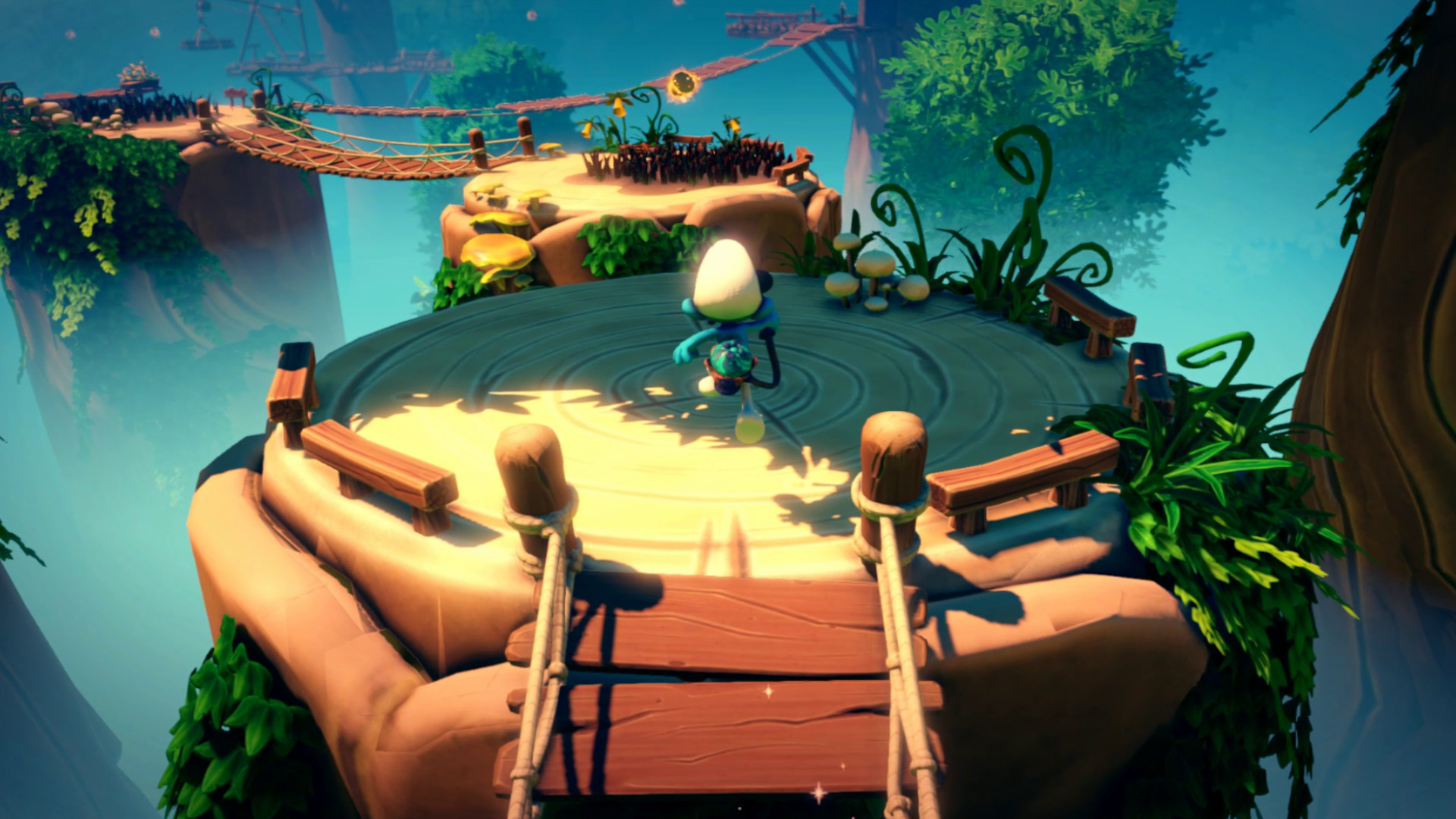 "Completing the story will unlock all the main mechanics, but we wanted the explorer to be rewarded not only with collectibles but also by upgrading their abilities to move around."

It seems like the Smurfizer is going to be a pretty robust tool with a lot of applications. Can you talk a bit more about how its implemented in the game?

The Smurfizer is the latest tool created by Smurf Handy. It needs a special flower to work. Your first objective is to find it in order to use the Smurfizer. The more you progress in the story the more mechanics you will unlock. The Smurfizer is an essential tool in The Smurf Mission Vileaf every obstacle requires Handy’s latest invention in order to overcome it.

Since the game has a strong emphasis on exploration, it will vaguely depend on the skill and implication of the player, but you can expect around 6 hours of story and much more if you want to complete it fully.

Will The Smurfs: Mission Vileaf have any targeted enhancements or optimizations on PS5 and Xbox Series X/S?

The PS5 and Xbox One Series X benefit of some visual and resolution upgrades, taking full advantage of the new generation superior processing power.

The PS5 features an incredibly fast SSD with 5.5GB/s raw bandwidth. This is faster than anything that is available out there. How can developers take advantage of this, and how does this compare to the Xbox Series X’s 2.4GB/s raw bandwidth?

The loading times on the PlayStation 5 version of Smurfs is only few seconds. The best usage of the internal SSD is found in open world games, but even with level-based games, streaming capacity is interesting as it allows for fewer loading times, because we can stream textures and assets as we play. This allows to have better texture quality for closer assets and unload them when the player is far.

Having different versions of consoles can be tricky at times. Consoles help developers to minimize the number of hardware specs for their games, this makes optimization simpler than for PC, and ensures players a reliable experience. We always optimize our games for each system to get the most of it. 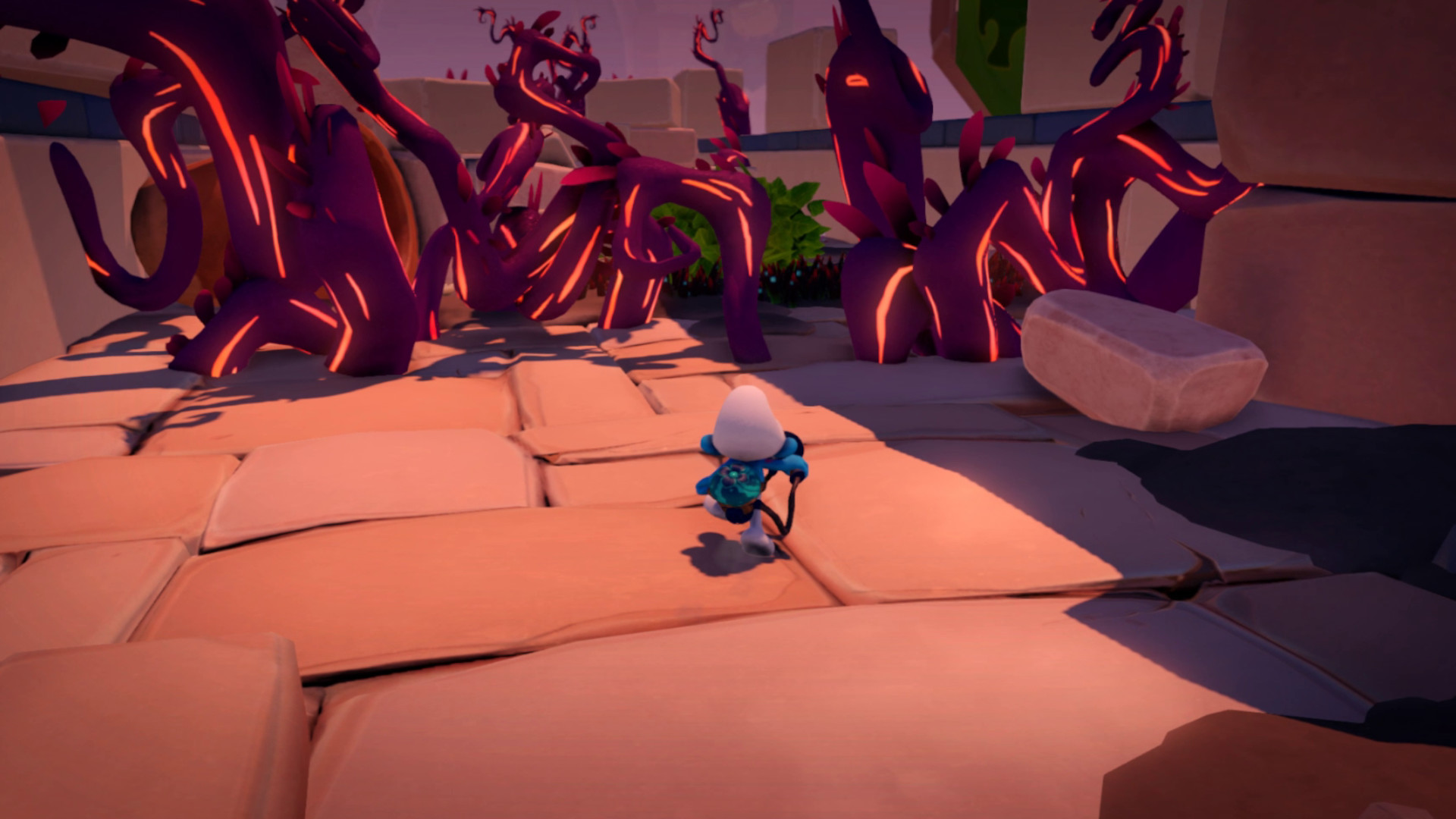 "The Smurfizer is an essential tool in The Smurf Mission Vileaf every obstacle requires Handy’s latest invention in order to overcome it."

Since the PS4, hardware was not able to process that many pixels, so “super resolution / upscale tricks” were already available to developers, in a less powerful version. Having this available natively is really good news for players.

What frame rate and resolution does the game target on PS5 and Xbox Series X and S?