Posted By Will Borger | On 23rd, Jul. 2019 Under Article, Previews | Follow This Author @will_borger

There’s an adage that you should never start a story with a character waking up. It’s considered something of a cliché, but it seems like nobody told Deck 13 that. After you create your character, who is on their way to Jericho City no matter which background you choose, you wake up two months later in the medical bay of Jericho City’s police station. You have no idea how you got there or what’s going on, but the place is a wreck. Enormous monsters are prowling the halls and demolishing the building, which means the inmates are running the place. There are some cops still alive, trying to keep order, but it’s a losing proposition. With nothing else to do, you take the defibrillators strapped to your arms and start exploring, murdering everyone who gets in your way.

Let’s deal with the elephant in the room now. Like its predecessor, The Surge 2 is a lot like a certain Action RPG series from From Software, which shall go unnamed for the sake of not invoking the tired “It’s like…” comparison. Deck 13 has made something of a career aping From Software’s signature design in the last few years with both Lords of the Fallen and The Surge, and that hasn’t changed here. What has changed is how well they do it. From isn’t in danger of losing their throne in the genre they invented, but Deck 13’s showing here is respectable, and from what I played, pretty fun. 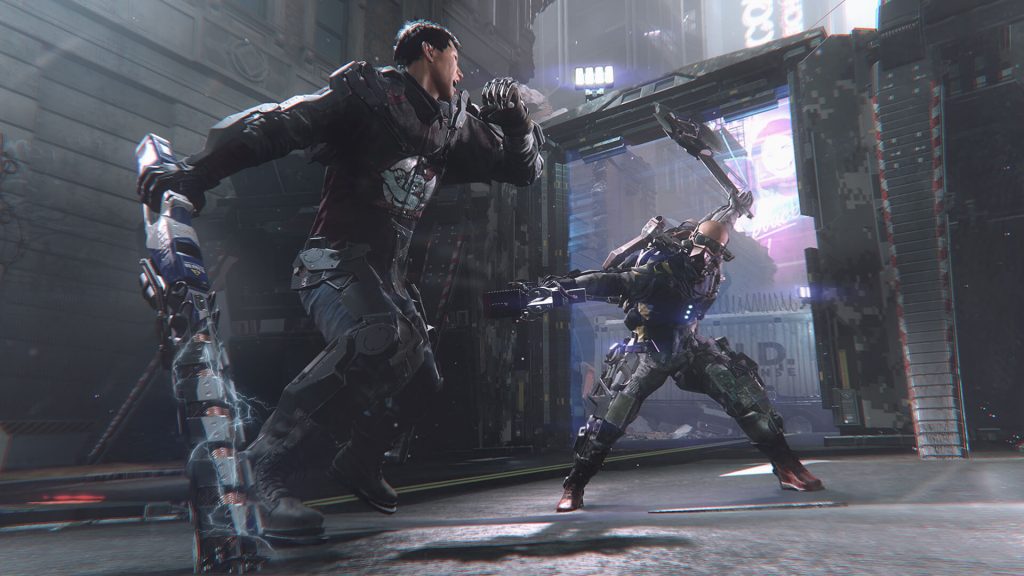 "Do enough damage to a body part, and you can cut it off with a rather gruesome execution that’s weapon specific and a lot less fun after you’ve seen it a dozen or so times. Cut off a part of the enemy that is armored and you’ll receive a weapon, armor schematic, or parts for that specific part of the body or weapon."

If you’ve played a From game in the last decade, you’ll have an idea of what’s going on here. You’ll go from point to point, killing enemies and gaining items you can spend to level up. In the game that shall not be named, that means gaining souls to spend at a bonfire. Here, that means gathering scrap to upgrade your Exo-suit, which can be done at Medical Stations. Using a Medical Station heals you, but it also respawns all the enemies you have already killed. It’s not really clear why this happens in The Surge 2 – in From’s titles, magic is a thing and most of the world is undead, so it tracks – and I’m not sure why Bob the Prisoner respawns whenever I jump into a Medical Station, but respawn he does. It means using a Medical Station, whether to heal up or upgrade your gear, is always a proposition with risk as well as reward. It’s also a way to get more enemies to spawn if you would like to farm materials.

Defeating enemies gives you scrap, which you can spend to level up, and can be forged into upgraded weapons and armor, provided you have the other materials you need. How you get those materials is what sets The Surge 2 apart. Like most games of this type, you acquire materials by killing enemies, but there’s a trick to it. When you target an enemy in combat, you move your targeting cursor to select specific body parts. Do enough damage to a body part, and you can cut it off with a rather gruesome execution that’s weapon specific and a lot less fun after you’ve seen it a dozen or so times. Alternatively, You can target unarmored parts to do more damage. Cut off a part of the enemy that is armored – or, if they have a weapon, cut off the arm they’re wielding it with – and you’ll receive a weapon, armor schematic, or parts for that specific part of the body or weapon, which can be used to craft the weapons once you have the required materials or upgrade what you already have. Why you can’t just rip the parts off them once they’re dead is beyond me, but it does make combat with enemies more fun and add an element of strategy that otherwise wouldn’t be there.

Otherwise, combat works like how you’d expect it to. There’s a stamina meter, which determines how often you can attack, dodge, and sprint, and there are light and heavy – read: horizontal and vertical – attacks, though the damage difference between the two seems fairly minimal, at least on the weapon I was using. Still, there are a few touches that make it unique. You can acquire drones, which can target individual body parts and do good damage from a distance, and instead of flasks or potions, you get charge, which builds up in your suit and can be stored to use implants, which can do things like heal you, or passively allow you to see enemies’ health. The combat system may be derivative, but it is fun, and weapons have an appropriate amount of heft and sound suitably loud. 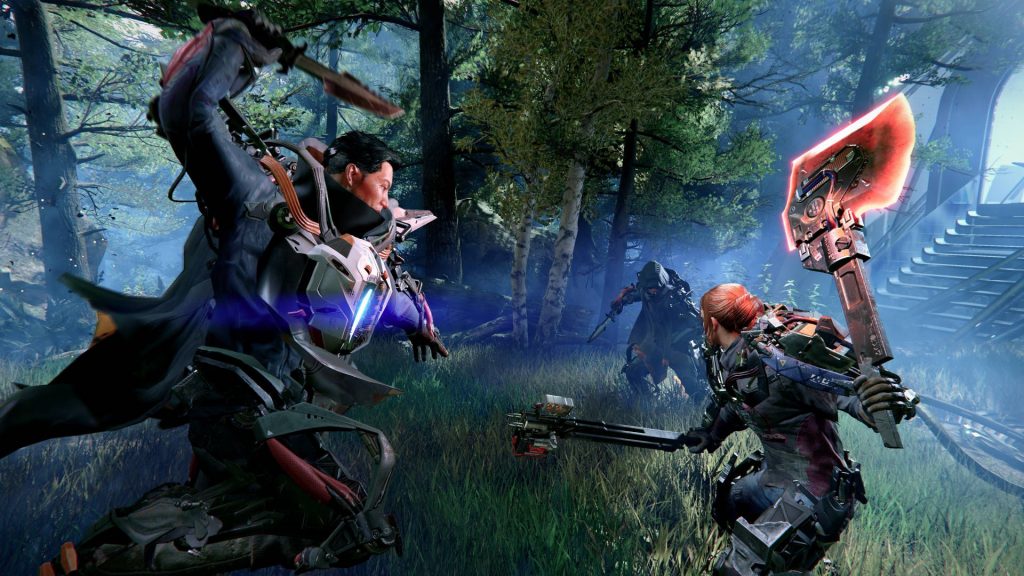 "You can acquire drones, which can target individual body parts and do good damage from a distance, and instead of flasks or potions, you get charge, which builds up in your suit and can be stored to use implants, which can do things like heal you, or passively allow you to see enemies’ health."

The story is nothing to write home about. It’s standard-issue environmental storytelling circa 2007, with audiologs to listen to and scattered pieces of lore conveyed through text on terminals or small items. The voice acting is fine, if unremarkable, and the characters seem good enough. There’s a story here, if you care, and it seems compelling enough, if for no other reason than to find out what happened to Jericho City and your character. Story isn’t the main selling point in these types of games, but The Surge 2’s seems like a step up from its predecessors.

The game also looks good, and the environments feel inhabited, though the character models, particularly their facial animations, leave something to be desired. I did encounter some technical issues during my time with the beta – no matter what I did, I couldn’t maintain a smooth framerate, even on low. My framerate hovered around 25, no matter what I did with my settings. There’s also some texture pop-in, and the game crashed frequently, especially when I tried to stream it. Thankfully, there’s still time for Deck 13 to iron these issues out before release. In a positive, the game plays fine on a mouse and keyboard, but I’d still recommend a controller.

The Surge 2 is shaping up to be a solid take on the genre inspired by the franchise that shall not be named, though it doesn’t have From’s level of polish. Still, the game is in beta, and what’s here, particularly in the combat system, is just different enough to be compelling. Jericho City is a cool setting, and I hope Deck 13 can make the most of it without producing a game that feels too much like its obvious inspirations because I can’t think of many other games where you loot armor by delimbing folks. That, at the very least, feels original.