This vessel is best left unexplored.

The Surge series has nestled itself into a corner of the Souls-like ring where it’s comfortable adapting the things that make the genre so magnificent while inventing new and intriguing concepts to set itself apart. And while neither of the two games released thus far have lived up to the standards set by FromSoftware’s offerings, I still found The Surge 2 to be a moderate improvement over the original thanks to excellent changes to healing, new ranged attack options, and some slightly more varied environments to explore. This makes it all the more unfortunate that its only planned post-launch DLC, The Kraken, is little more than a forgettable add-on that does absolutely nothing to expand on the base game.

The Kraken is accessible midway through the campaign, taking place entirely on the V.B.S. Krakow, a beached military vessel taken over by a sentient machine known as CAIN. As you make your way across and inside the ship, you work alongside a woman who guides you to your objectives and assists you in your goal of reaching CAIN to destroy him. Like the base game, there’s little about the story here that intrigues or surprises, but for those who want the full plot, scattered audio logs can expand on the narrative and fill in some blanks if you take the time to find them all. 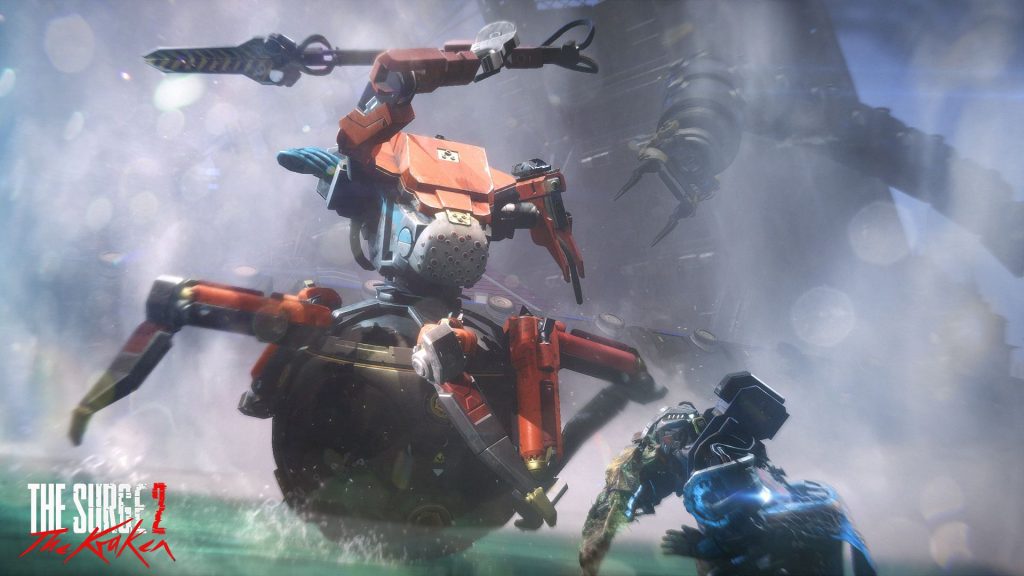 "Two bosses stand between you in and end of the DLC, one of which is simply a reskin of one of the add-on’s larger foes."

As I first arrived on the ship, I had dreams of charting a path across its vast and eerie surface and delving deep into its interior, but exploring the vessel and unraveling the central mystery of CAIN’s oppressive presence took me about an hour. It doesn’t take long to realize that there are really only two areas in the DLC, both of which include one or two tiny interiors and an open area with a handful of enemies that are virtually indistinguishable from those found in the main game. A few shortcuts lead back to the single med-bay where you can level up and craft new gear, but otherwise, there is very little in the way of hidden paths to find or cleverly-concealed loot to track down.

Two bosses stand between you in and end of the DLC, one of which is simply a reskin of one of the add-on’s larger foes. Neither pose a significant challenge, especially for a late-game character with plenty of healing stocks at their disposal, but I did enjoy the final challenge for its manic attack patterns and general sense of disarray. And though it was during this concluding showdown that I had the most of my fun, it only drove home just how badly I wished that such a clever and compelling finale had been preceded by equally interesting content. 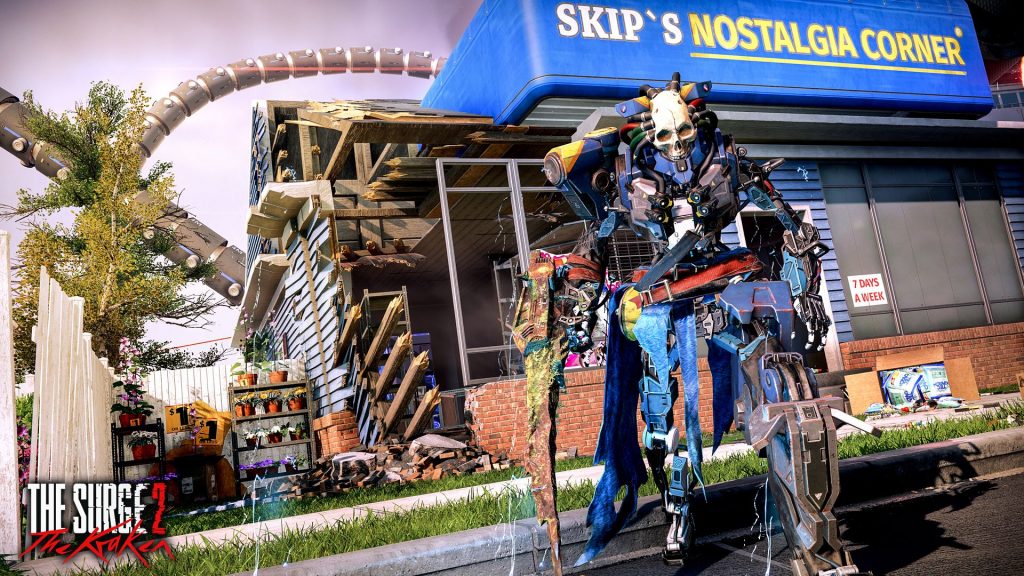 "If you love The Surge 2 and just want the full experience, spending an hour exploring the V.B.S. Krakow will be worth it just for the sake of completion."

I could forgive the brevity of this detour from the game’s main path if it offered something of significance that made it worth getting sidetracked, but a few new weapons, armor sets to craft, and a smattering of drone modules hardly seem worth the effort for anyone besides the most hardcore of collectors. A couple of short side-quests offer fleeting diversions, such as when a humorous robot asks you to watch films with him so he can learn more about how to be human. But the payoff is never worth the time investment – nothing found on the V.B.S. Krakow has any meaningful impact on The Surge 2’s core gameplay, leading to me leaving the DLC with absolutely no interest in revisiting any of the main game’s areas to try out my new findings.

The Surge 2 still suffers from the horrible screen tearing and performance problems that have plagued the game since launch, and it’s a damn shame that Deck13 couldn’t have improved on these issues rather than focusing their attention on producing the middling additional content provided in The Kraken. That said, if you love The Surge 2 and just want the full experience, spending an hour exploring the V.B.S. Krakow will be worth it just for the sake of completion. For everyone else, there really isn’t anything in this half-baked DLC to make it worth a return to Jericho City.

Final Verdict:
AVERAGE
The Kraken is an insignificant addition to The Surge 2's campaign, so only diehard fans looking for 100% completion will find anything worth their time or money.
A copy of this game was provided by Developer/Publisher/Distributor/PR Agency for review purposes. Click here to know more about our Reviews Policy.