Players can spend Five Nights at CREO's in this upcoming expansion. 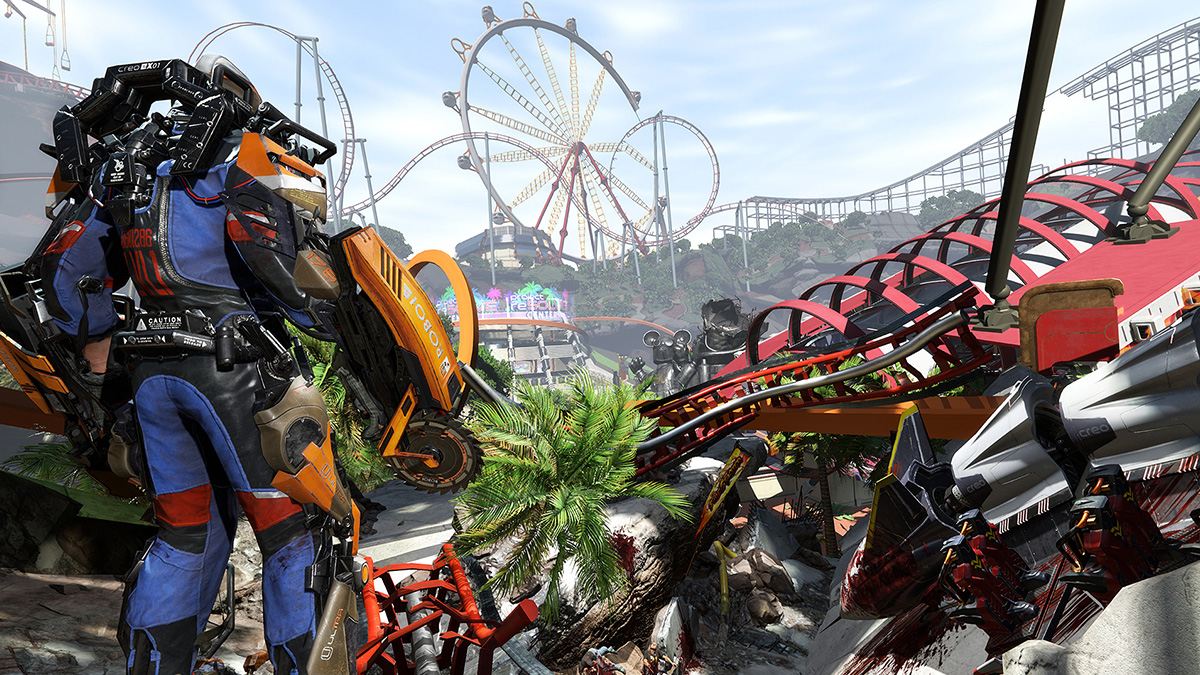 Sci-fi Souls-like from Deck13, The Surge arrived earlier this year to a decent critical reception, and now we’ve learned when fans can expect the first expansion to the game, titled The Surge: A Walk in the Park, as well as a small tease of the action, taking place in a run down amusement park with…something going on.

Releasing for all platforms The Surge was on originally on December 5th, and recalling those disastrous, totally not planned Roller Coaster Tycoon massacres, Players will adventure through CREO World, a derelict amusement park complete with deranged exeskeleton workers, Rogue machines and other dangers, like a Doughnut mascot I’ll see in my nightmares tonight.

While it’s unknown wether they’ll borrow Dark Souls esoteric access routes to the DLC area, Gamingbolt enjoyed the original release well enough, finding the mutations around the core Souls formula to be fun, but it never really stepped out of their shadow.